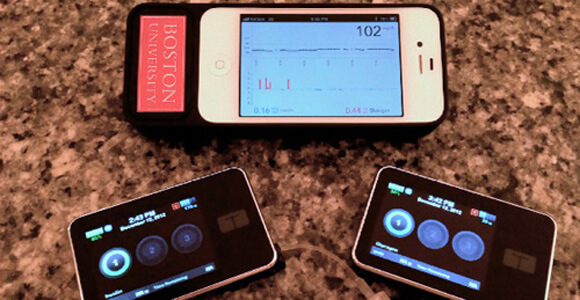 Diabetes, despite affecting nearly 350 million people worldwide, is not really a controlled illness. Those who have the type 1 form of the illness, in which the pancreas fails to produce the insulin that processes glucose in the bloodstream, often face serious eye, kidney and cardiovascular problems. Perhaps the worst outcome is one rarely mentioned in public discourse about the disease: the possibility of dying in the middle of the night due to a miscalculated dose of insulin that can’t be caught when the patient is asleep.

The thing is, it’s not easy to dose insulin. Controlling glucose with injected insulin is like controlling household temperature by turning on the heat when it gets cold and turning it off again when it gets hot: The temperature is almost certain not to remain ideal.

When the American Diabetes Association assures patients on its website that, “With the help of insulin therapy and other treatments, even young children can learn to manage their condition and live long, healthy lives,” the claim is more optimistic than realistic.

A bionic pancreas whose first results in human patients were recently published in the New England Journal of Medicine, could make the statement purely factual: If you have type 1 diabetes, you will have to prick yourself once every four days or so to change out the needles in the closed-loop blood sugar monitor and pumps that supply insulin and glucagon, a hormone that raises glucose levels in the blood. The system does the rest, testing blood sugar every five minutes and providing the needed hormones based algorithms for adolescent and adult patients.

“A cure is always the end goal,” said Boston University biomedical engineer Ed Damiano, the senior author of the new paper and father of a son with type 1 diabetes. “As that goal remains elusive, a truly automated technology, which can consistently and relentlessly keep people healthy and safe from harm of hypoglycemia, would lift an enormous emotional and practical burden from the shoulders of people with type 1 diabetes, including my child and so many others.” 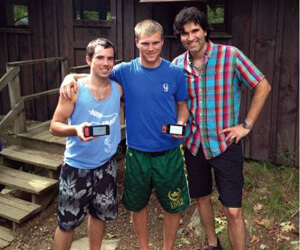 Patients often give themselves lower doses for fear of overdosing on insulin, so the pairing of the two results indicates that by eliminating the worry, the pancreas minimizes risk.

“The bionic pancreas system reduced the average blood glucose to levels that have been shown to dramatically reduce the risk of diabetic complications. This is tremendously difficult with currently available technology,” said co-author Steven Russell, a doctor at Massachusetts General Hospital.

Damiano and Russell are not the first to try to crack this nut. In late 2013, Singularity Hub described another major innovation: an integrated pump and blood sugar monitor that relied patients to tell the pump how much insulin to deliver. It did not deliver glucagon. The bionic pancreas does not require the patient to do anything except install the needles once every several days. And while the cutting-edge artificial pancreas of 2013 relied on a dedicated pager-like device to operate the pump, the 2014 model connects the pumps through Bluetooth to the patient’s smartphone. 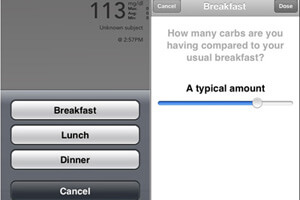 The patient does have to log meals in the app, but rather than manually calculating how much sugar is in the meal, she can simply name the meal and whether the portions are small, average or large.

The software algorithm calculates the patient’s needs based not just on current blood sugar levels, but also age, activity and any viral infections.

The National Institutes of Health, which partially funded the trial, has said it plans to support larger trials of the artificial pancreas soon. And all it would take to adapt the system to patients to type 2 diabetes — the far more common form of the disease in which patients become partially immune to the effects of insulin — is more software options.