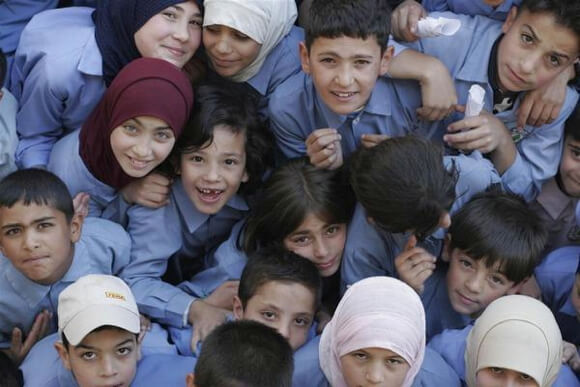 Singularity University has a mission—use technology to positively impact the lives of a billion people in ten years. That’s easy enough to say, but you don’t make big changes without big ambition. And if there’s a time and place to affect positive change on that kind of scale, it’s here and now.

A key component of SU’s mission is technology, but it’s not the first thing participants in the summer graduate studies program (GSP) learn. Before diving into the latest tech, the program takes a week to carefully review the global grand challenges. Lacking a clear understanding of these challenges, technology is a screwdriver with no screw.

So what are the grand challenges facing the world today? SU focuses on nine broad categories: food, education, water, security, health, energy, environment, poverty, and space. Obviously, food itself isn’t the issue—it’s lack of enough food that’s the challenge, as it is for basic education, healthcare and clean water. 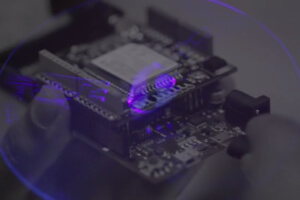 Knowing the challenges on paper is a start, but it isn’t enough. You know what happens to paper when it’s out in the field—it gets crumpled, torn, wet, and warped. Everything is simpler in theory, more complicated in practice, which is where Singularity University’s partner in impact UNICEF comes in.

UNICEF has boots on the ground. More precisely, they’ve got something like 14,000 pairs of boots in some 190 countries working round the clock to improve the lives of children and women in the world’s poorest and most vulnerable populations.

UNICEF, admittedly a big public sector bureaucracy, is increasingly embracing technology, innovation, and entrepreneurship as vital tools to their mission. The organization has 12 innovation labs across the world. And one of the latest is on the second floor of Singularity University—UNICEF’s foothold in Silicon Valley.

SU recently interviewed some of UNICEF’s best and brightest to find out: What challenges are they seeing? How can technology, innovation, and entrepreneurship make a dent in the world’s biggest problems? What more can be done?

The group was in town to address GSP participants and talk grand challenges. Gary Stahl is UNICEF’s representative to the government of Brazil. Tanya Accone heads up global strategy in New York. James Cranwell-Ward works on innovation in Lebanon. And Landry Dongmo Tsague is tackling HIV prevention in Zambia.

During the conversation, three central themes repeatedly rose to the surface.

Let’s look at the first one: Innovation isn’t necessarily the invention of new technology. It might not even mean using the latest technology. The group didn’t focus on 3D printed prosthetics or biotech cancer cures, instead the conversation kept returning to how mobile technology and connectivity are transforming UNICEF initiatives.

Stahl’s Brazil team, for example, recently developed a smartphone app (Proteja Brasil) to encourage people to make reports to child protection agencies during the World Cup. There’s nothing fancy about the app, nothing groundbreaking. It’s a map that finds your location and populates a list of nearby child protection services. You can select each to find out about their specialty or pull down a menu to learn what constitutes child labor, sexual exploitation, or sexual abuse. Then you either go to the appropriate agency or call them and report what you saw.

UNICEF Brazil advertised the app in the airports of countries with teams playing in the World Cup as folks started traveling to the tournament. In about a month, Stahl says, there were 47,000 downloads and over 4,000 people used the app to file a complaint. They had calls from five countries interested in the app in the first week.

“It’s a pretty basic app,” Stahl said, “but it facilitates the life of anyone who wants to take action to protect those children.”

Tsague said text messages are being used for HIV education in Zambia—not for the first time, just more effectively now. They’ve also employed text message campaigns to poll young people about condom use (response: they’re no fun) and hope to use the information to change how, where, and what kind of condoms are on offer.

Perhaps the most impactful demonstration of information technology as a force for good came from Accone, who has recent experience working in Uganda.

War in the neighboring Democratic Republic of Congo is forcing a torrent of refugees across the border into Ugandan camps. They had 56,000 in a weekend last year, for example, Accone said. As they flee, it’s not uncommon for families to be split apart and children separated from their parents.

Reuniting them is no simple task.

It involves taking down key information, including photos and accounts of where they last saw their parents. In the past, this was 100% on paper—truckloads of documentation had to be driven to Kampala and flown back to the DRC. It could take weeks. Now, however, they use a mobile phone to record the info and send it along to colleagues in DRC—essentially beginning the reunification process almost immediately.

These are a few (tech-based) solutions. There are, of course, challenges too.

A mobile phone or smartphone is a brick without power. Getting charge in rural communities can be tough. Ubiquitous, affordable mobile connectivity is a real need. And of course, although information is power, it’s meaningless for many until more basic needs like access to clean water or a steady supply of food are met.

And these are some of the toughest challenges of all.

The group noted the problem of the magic box—some brilliant piece of clean water technology, for example, dropped off in a rural village. It works great for awhile. Then it breaks. No one knows how to fix it. And that’s the end of that.

This is a problem of sustainability, and it’s what Cranwell-Ward, a long-time technologist refers to as “technology equality.” Instead of only providing technology to communities lacking it, it’s equally important to help them understand technology—how to fix machines and even invent and build for themselves.

Cranwell-Ward recently designed and fabricated a computing and e-learning platform to teach Syrian children living in Lebanese refugee camps. The system had to be cheap, tough, and simple. Cranwell-Ward decided to use Raspberry Pi.

About the size of a credit card, the Raspberry Pi can do most things you’d expect a typical computer to do—from watching video to creating documents. You use a standard display and mouse with it. And one more thing: it’s only $35.

Cranwell-Ward sourced screens and mouses  from Lebanon, “It’s no use creating custom technology that needs to be shipped from places like Europe into the country that you can’t repair.”

The final design has a transparent back so you can see how everything fits together and replace broken components.

The devices will run e-learning software Khan Academy Lite (an offline version of Khan Academy). Cranwell-Ward partnered with an NGO in Lebanon to create a curriculum that teaches basic math, reading, and science along with a track dedicated to coding.

The pilot program runs this summer from July through September and will be evaluated by the Royal College of Teachers. If it’s successful, Cranwell-Ward hopes to expand his Raspberry Pi e-learning initiative to other countries.

A few takeaways from the conversation: Solving big problems requires big thinking, but don’t be afraid to repurpose. Always put yourself into the shoes of those you hope to help. And the best solutions are ones that sustain themselves.

In coming weeks, GSP participants will focus on the worlds biggest levers—the exponential tech that promises to revolutionize the world five and ten years from now as much as mobile computing and connectivity is changing the game right now.