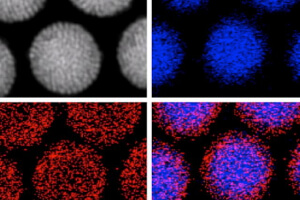 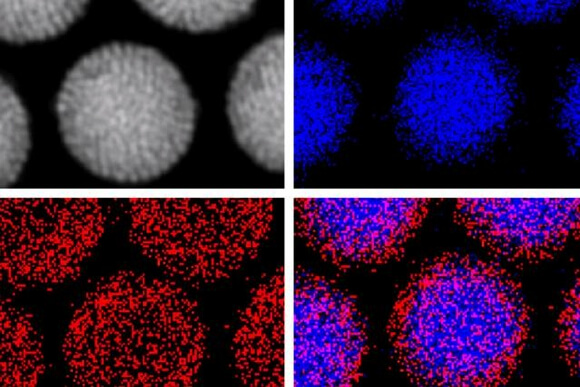 According to the World Health Organization (WHO), cancer claimed 8.2 million lives worldwide in 2012. Perhaps no other disease highlights the need for improved diagnostic and treatment options better than cancer—which is why it’s good news there continue to be promising developments in the lab.

Here are a few early studies we’ve covered this year.

University of Bradford scientists, led by Dr. Diana Anderson, hypothesized that DNA in white blood cells from cancer patients wouldn’t be able to withstand or repair UV damage as well as DNA from healthy volunteers. Why? Because cancer patients’ immune systems would be working overtime even in the disease’s earliest stages. 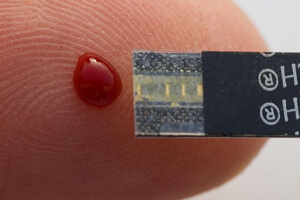 After subjecting samples to ultraviolet light, the scientists pulled their DNA apart in electrophoresis gel (a traditional DNA analysis tool). They found white blood cell DNA from healthy patients showed up in short streaks whereas the DNA from precancerous or cancer patients had longer streaks, indicating more damage from the UV light.

Though the latter biomarkers may only prove useful in pancreatic cancer diagnosis—they have not been observed in other cancers—taken together, the studies suggest that the body may show subtle signs of the disease well before more obvious symptoms.

In the future, these and other biomarkers may improve our ability to take the fight to cancer earlier and allow for better results with less invasive tests and treatments.

Locating a consistently accurate biomarker of cancer in the blood could improve diagnosis—but what then? Cancer is dangerous in one organ, but deadly when it spreads to others. What if we could freeze the disease in its tracks? 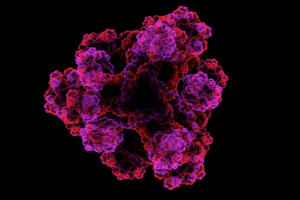 Tumors metastasize when bristly Axl proteins on a cancer cell’s surface interact with Gas6 proteins. When these two proteins link up, the cell is able to break off from the main tumor and move to other locations in the body.

The Stanford scientists bioengineered a decoy Axl protein designed to be up to a hundred times as effective at binding with Gas6 than the natural version. Deployed in the mice, the decoy protein binds Gas6 proteins in the blood before they can link up with and activate Axl proteins on the cancer cells.

After finding and slowing cancer—we need to eliminate it from the body. Current cancer treatments employing radiation and chemotherapy are a bit like a shotgun blast or carpet bombing run. They lack precision and collateral damage is significant. A better option would be something like a laser-guided missile destroying only cancer cells. 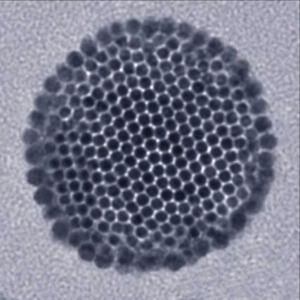 A recent Rice University study tagged gold nanoparticles—particles only a few billionths of a meter across—with cancer-specific protein antibodies that guided them to tumors and caused them to cluster inside the cancerous cells. Once in position, the researchers blasted the particles with a laser, causing them to burst and destroy host cells.

In addition to the physical destruction of cells, the particles were loaded with cancer-fighting chemotherapy drugs which were released after the laser zap. Finally, the particles, also served to locally magnify X-ray radiation at the site of the tumor.

In a preclinical study, this four-pronged approach (nanoparticles, laser, drugs, and radiation) required only 3% and 6% the standard drug and radiation dose to destroy tumors in mice within a week with minimal damage to surrounding healthy cells.

The team’s antibody method of targeting the particles isn’t the only method on the table. Another study out of Rice showed that iron oxide nanoparticles can be precisely maneuvered inside the body using magnetic fields, and a recent MIT video shows just what the technique looks like using magnetic, fluorescent nanoparticles.

Progress But No Miracles

It’s important to stress that while these results are promising, it is too early to know how effective they will be in the clinic. Cancer diagnostic tests and even treatments can show great potential early on, only to crumble when put through more rigorous testing.

Further, this isn’t a comprehensive of list of the latest cancer fighting tools—it’s a big, well-funded area of research. But generally, earlier diagnosis and better targeted, more personalized therapies, however they’re accomplished, may drastically alter the fight.

As we’re better able to effectively employ these strategies—the probability of survival should increase, even as the treatments themselves become easier to bear.