Are Efforts at Total Brain Simulation Putting the Cart Before the Horse?

Since it was awarded a one billion euro, decade-long research grant last year, the Human Brain Project has been the center of extreme excitement and heavy criticism. The project aims to simulate the human brain in silicon on a yet-to-be-assembled supercomputer of massive computational power. The goal? Understanding.

In a recent paper (more below), HBP researchers write, “The ultimate prime aim is to imitate and understand the native computations, algorithms, states, actions, and emergent behavior of the brain, as well as promote brain-inspired technology.” 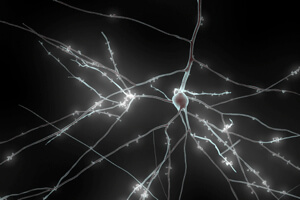 The prospect is mind numbingly self-reflexive—the human brain folds its faculties of analysis in on themselves to understand and reproduce itself. An awe-inspiring idea in its seeming impossibility.

And maybe that’s partly why the project has been a magnet for early condemnation.

The problem, according to critics, is that our limited empirical and theoretical understanding isn’t yet at the level needed for even a simple human brain simulation, and that resources, therefore, would be better allocated on basic research for now.

Further, in an open letter with almost 800 signatures, a group of neuroscientists warns the HBP is veering from an endeavor of simulation dependent on and informed by empirical neuroscience to a venture that favors technology over scientific rigor.

So, is the HBP putting the billion-euro cart before the horse?

The letter was published in July. The same month, the Human Brain Project’s co-executive director, Richard Frackowiak, wrote a spirited defense of the project.

The Human Brain Project, he said, will likewise overcome early “teething troubles” to open an era of unified brain research in which neuroscience, computing, and medicine work together to revolutionize our understanding of the brain. 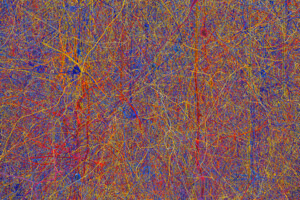 Frackowiak said data isn’t the problem. The challenge is systematizing it, making sense of the nearly 100,000 annual neuroscience papers, the riot of patient data out of hospitals. The HBP, which Frackowiak describes as the CERN of neuroscience, is, among other things, an attempt to unite and organize resources.

But to do that you need your digital ducks in a row first and foremost.

For that reason, the HBP is intentionally heavy on computing in the beginning, and the early work is to devise an effective digital approach to organizing existing data. They hope to have a number of specialized databases up and running by 2016.

“Far from being sidelined, neuroscience remains front and centre in the HBP,” Frackowiak wrote. “The [information and communications technologies] tools are meant as a scaffold; a bridge to support a convergence of fields that is already underway.”

And as for funding, he went on, it sounds like a lot, but at €50 million annually (for the core project)—the HBP is only 5% of the European neuroscience budget. Yes, that’s a lot of money for one project, but alternatively, it allows that one project to “go big.”

How convincing has this argument been? To some scientists, not very it would seem. An additional several hundred signatories have joined the critical open letter since July.

Perhaps it’s no surprise, then, that two HBP researchers, Yadin Dudai and Kathinka Evers, attempt to set the parameters of the discussion as thoroughly as they can in a recent paper titled, “To Simulate or Not to Simulate: What Are the Questions?”

Published in the neuroscience journal, Neuron, Dudai and Evers ask: What is simulation; what is its role in science; what challenges face those attempting to simulate the brain; and what are realistic expectations for such an endeavor?

The paper is sufficiently humble in its approach, not claiming to bring definite answers or wade into the funding debate—though, in truth, that probably can’t be avoided—and it doesn’t shy away from identifying the project’s biggest challenges.

First, they say, simulation is an established (and increasingly crucial) scientific tool with a proven track record in neuroscience and other disciplines. In addition to following the maxim “only the one who makes something can fully understand it” simulation allows us to artificially test hypotheses when testing the real system is costly, risky, or unethical.

But we need to temper our expectations a bit in terms of what brain simulation can do. 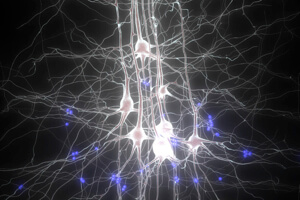 We do have data, they say, but probably not enough data. Not yet. Further, we don’t have enough high level theory either. We have known unknowns—but likely lots of undiscovered unknowns too.

And our “gaps in understanding” may or may not be acceptable depending on the level of expected explanatory power. How far can we trust an incomplete simulation? Can it ever be complete?

The mind arises in this interdependent body-brain relationship, and any simulation of it must not only take that link into account, but also acknowledge the limitations it imposes. We can only simulate so much of the body and its environment.

Of all the challenges the paper acknowledges, the least of them is computing power. The HBP’s brain simulation is expected to require exascale computing—a few orders of magnitude more than today’s most powerful supercomputers.

Dudai and Evers note, almost offhandedly, that it is likely the requisite computing power will be available before problems of incomplete knowledge are solved.

The least mundane part of the discussion (if the most esoteric) comes at the end of the paper when the authors question whether brain simulation must exhibit consciousness to be useful. Their surprising answer is, yes, at least for some of the project’s research objectives, like studying mental illness, which is closely related to consciousness.

Dudai and Evers write, “How adequate or informative can a simulation of, say, depression or anxiety be if there is no conscious experience in the simulation?”

There’s no guarantee consciousness will arise, proving its existence will be contentious, and such an outcome isn’t likely around the corner—still, Dudai and Evers believe it’s valuable to begin the discussion now in preparation for such possibilities. 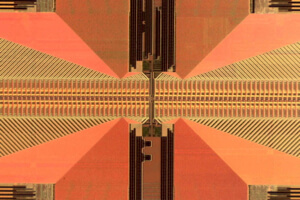 Ultimately, the HBP’s success, they say, hinges on how well the project is timed with growing scientific knowledge. It ought to employ a strategy of detailed simulation—even down to the cellular level—tied together by higher level, general laws of the brain, as they’re discovered. Above all, it will necessarily need to advance step by step. Indeed, the HBP’s initial goal is simulating the lowly mouse cortex.

Simply? The HBP is a giant undertaking likely to evolve in the coming years.

As for the controversy, that too will probably continue in parallel. The Human Genome Project was criticized throughout much of its life and even pronounced a failure seven years in—and yet the project was finished two years ahead of schedule.

Other than the fact they’re both big science, it isn’t clear the two projects are perfectly analogous, but it’s also likely too early to call the game. Even as computing power is growing fast, so too are methods for observing and learning about the brain.

And the HBP’s timing and success aside, that the prospect of our brain successfully reproducing itself in silicon is even worthy of debate—that’s a breathtaking thought.