You know how Professor X wears that funny helmet to amplify his brainwaves whenever he uses Cerebro to find mutants in X Men? Of course you do. (And if not—go here.) Turns out, that isn’t just an improbable comic book plot device.

Increasingly, researchers are taking a similar approach to transfer one person’s thoughts into another person’s brain.

In a kind of electronically mediated telepathy, for example, participants in a recent University of Washington study possessed the bodies of fellow volunteers over the internet. The secret to this technological trick? A cap that records brain signals and a magnetic device that stimulates electrical impulses in the brain.

In the University of Washington study, a designated sender wearing an electrode studded EEG cap watched a video game in which they were tasked with firing a cannon to intercept rockets from an enemy pirate ship. The catch? They weren’t allowed to touch a controller. Instead, they could only think about moving their finger to fire.

An EEG machine digitally recorded their brain activity via the EEG cap and sent it over the internet to a computer a half mile across campus. That other computer, in a room where another participant was sitting, translated the signals and delivered them to the other participant’s brain by transcranial magnetic stimulation (TMS).

When the first participant merely thought about using their finger to fire the cannon, the other participant’s finger involuntarily twitched on a touchpad controller a split second later—and actually did fire the cannon.

The study is a followup to last year’s demonstration using a single pair of participants. The researchers hoped to not only replicate their results but broaden the number of volunteers. The latest study involved three pairs instead of just one.

Though the accuracy of this brain-to-brain gaming method varied wildly—from 25% to 83%—the scientists said misses were due to a failure by the sender to execute the thought. Presumably, this takes more conscious effort than normal.

It’s true the information being sent isn’t too complex, but it’s still a neat trick. And it isn’t the only one we’ve seen recently. Earlier this year, another experiment using a similar setup sent thoughts between participants separated by 5,000 miles.

This second experiment recorded the brainwaves of volunteers thinking the words “hola” and “ciao,” translated the brain activity into binary, and emailed the code from France to India. On the other side, the files were translated into electrical impulses that were likewise delivered to the brain using transcranial magnetic stimulation. 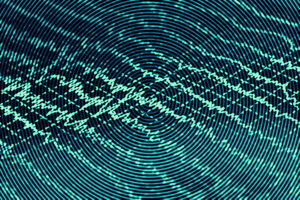 Participants experienced each word as flashes of light in their peripheral vision and were able to recognize the words by the particular sequence of flashes, a little like morse code.

Brain-to-brain interfaces grew out of another area of study called brain-computer interaction (BCI). BCI, however, records and interprets commands from the brain to control a computer or robot.

In 2012, for example, a quadriplegic woman named Jan Scheuermann showed how two quarter inch electrode arrays implanted in her motor cortex could control a robotic arm. Scheuermann was able to use the arm to bring a chocolate bar to her lips. The same year, Cathy Hutchinson, a paraplegic, employed a brain implant and robotic arm to sip coffee.

Non-invasive EEG caps are also being tested in BCIs. Scientists at the University of Malta built a thought-controlled music player where EEG-equipped users can play a song, fast forward tracks, and adjust the volume by thought alone. While this might be a novelty for able bodied people, it would allow disabled folks to transcend some limitations.

While BCI applications are evident, what brain-to-brain interfaces might be used for is less clear.

The University of Washington team plans to use a $1 million dollar grant from the WM Keck Foundation to push the envelope, attempting to decode and transmit more complex brain processes including concepts, thoughts, and rules.

Though firmly in the realm of sci-fi for now, they think one day such methods might even result in something they call “brain tutoring” where knowledge is transmitted from the mind of a teacher to a student.

“Imagine someone who’s a brilliant scientist but not a brilliant teacher. Complex knowledge is hard to explain—we’re limited by language,” said co-author and UW assistant professor of psychology, Chantel Prat.

What else might we swap brain to brain? Memories? Experiences? Maybe. But let’s not get ahead of ourselves. Such sci-fi powers are more than a few steps removed from current capabilities. And the hardware will likely need some updating too—ideally a more accurate method that doesn’t require a bulky cap bristling with electrodes or a neural implant.