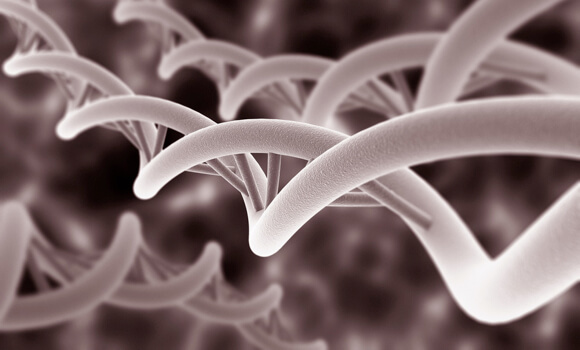 “No, no it’s not science fiction; it’s already happening,” said Ido Bachelet to a somewhat incredulous audience member at a London event late last year. Bachelet, previously of Harvard’s Wyss Institute and faculty member at Israel’s Bar-Ilan University, is a leading figure in the field of DNA nanotechnology.

In a brief talk, Bachelet said DNA nanobots will soon be tried in a critically ill leukemia patient. The patient, who has been given roughly six months to live, will receive an injection of DNA nanobots designed to interact with and destroy leukemia cells—while causing virtually zero collateral damage in healthy tissue.

According to Bachelet, his team have successfully tested their method in cell cultures and animals and written two papers on the subject, one in Science and one in Nature.

Contemporary cancer therapies involving invasive surgery and blasts of drugs can be as painful and damaging to the body as the disease itself. If Bachelet’s approach proves successful in humans, and is backed by more research in the coming years, the team’s work could signal a transformational moment in cancer treatment.

Bachelet envisions a day when it won’t just be the critically ill receiving nanobot injections. Quite the opposite. Healthy people will go for their annual checkup and receive an injection. The nanobots will screen the body for any type of cancer—they can already identify 12 tumor types—and eliminate it before it can spread, perhaps before it’s even detectable.

You might forgive the audience their incredulous (if excited) reaction. It does sound like science fiction. And indeed, tempered expectations in any new approach, no matter how exciting, are warranted. Animals aren’t humans, and one human isn’t most (or all) humans. There is clearly a lot more work to be done, and we’ll know more later.

That said, while it will only be an early trial in one patient, the work does seem to be progressing rapidly. Bachelet and his colleague Shawn Douglas have been working on DNA nanobots for just three years.

The broader field of DNA nanotechnology, however, has existed since the early eighties.

The field’s pioneer, Ned Seeman, first conceived of bending strands of DNA into geometric shapes at a campus pub over three decades ago. Since then, researchers have learned to construct a menagerie of two- and three-dimensional shapes.

To make DNA nanostructures, scientists link short DNA strands to points along a longer strand, a bit like pieces of tape or staples, to bend it into form. Once designed, synthetic DNA strands are fabricated to spec.

The best part? There’s no expensive and painstaking fabrication, shape by shape. Scientists mix the DNA, heat the solution, and as it cools, multitudes of tiny shapes self-assemble. Aided by new software engineered to predict and model how the DNA will fold, the design process is becoming more efficient.

But the reason Bachelet and his colleagues’ call their creations robots (and not just inert shapes) is that they perform actions given the right conditions. The nanobots themselves are cylindrical clamshells on flexible DNA hinges. Locked with twin DNA double helixes at the front, they carry a molecular payload, like a cancer drug, inside.

The DNA locks are engineered to react only with specific molecules or proteins on the surfaces of cancer cells. If present, the locks bind to these molecules, the clam shell opens, and the nanobot’s payload is delivered. This allows the nanobots to release drugs only near cancer cells, sparing the body’s population of otherwise healthy cells.

Bachelet says the larger vision of more precise drug delivery reopens the possibility of using already discovered drugs deemed too toxic. And his vision stretches beyond cancer to DNA nanobots performing surgery on the cellular level—even mending spinal injuries by bridging severed nerves and actively directing them how to reconnect.

But all that is still firmly in the future. There is yet more work to be done.