Writing lists forecasting technology is a bit like writing science fiction. Prerequisites include intimate knowledge of the bleeding edge of technology, the ability to separate signal from noise, and more than a little audacity. Looking back, they can appear adorably quaint or shockingly prescient.

In either case, they’re usually as much a reflection of and commentary on the present as they are a hint at the future. What problems seemed most pressing and which solutions were most exciting? The World Economic Forum’s Top 10 Emerging Technologies list isn’t old enough to make serious judgements about its track record. But looking back, each year’s contribution reminded me of the year in which it was written.

Enhanced education technology, for example, was included in 2012—when the launch of Coursera, edX, and Udacity led the New York Times to dub it “The Year of the MOOC [Massive Open Online Course].” 2013’s #1 spot, OnLine Electric Vehicles, was inspired by those South Korean buses charged by the road.

Two and three years on? Though much expanded, online education is still struggling to prove its worth, and road-charged vehicles remain a rarity. The former will get there, in my view, while the latter may lag in cities, where big infrastructure projects—especially on main arteries like roads—are so disruptive.

But right or wrong isn’t the point (yet). These are emerging technologies. The World Economic Forum expects most of these tools, often still in the research stage, to take anywhere from 10 to 30 years to have a broad impact. Ultimately, some will succeed, some will partially succeed, and some will fail or be replaced.

Debating what should or shouldn’t have been included—that’s the fun part. To that end, we’ve summarized each entry on this year’s list below. Go here for the list in full, and leave your thoughts in the comments. 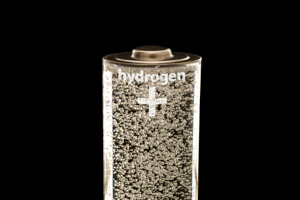 Long-promised, fuel cell vehicles are finally here. Various car companies are aiming to bring new models to market. Though pricey at first ($70,000), if they prove popular, prices could fall in coming years.

Fuel cells combine the most attractive characteristics of gas-powered cars and electric cars.

Electric cars are criticized for low range and lengthy recharging. Fuel cell cars, meanwhile, go 400 miles on a tank of compressed hydrogen and take minutes to refuel. They are also clean burning—replacing toxic gases, like carbon monoxide and soot, with naught but water vapor.

Despite better fuel cell technology, there are a number of obstacles, largely shared by electric cars, that may prevent widespread adoption in the near term. These include the clean, large scale production of hydrogen gas, the transportation of gas over long distances, and the construction of refueling infrastructure.

2. “Next-generation robotics: Rolling away from the production line”

Like fuel cell vehicles, everyday robots have long commanded prime real estate in the imagination. But beyond factories, they have yet to break into the mainstream. Most are still big, dangerous, and dumb. That’s changing thanks to better sensors, improved robotic bodies (often inspired by nature), increasing computing and networking power, and easier programming (it no longer takes a PhD). 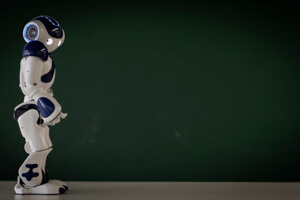 These new, more flexible robots are capable of tasks beyond assembly lines. New applications span weeding and harvesting on farms to helping patients out of bed in Japanese hospitals.

Prime fears include the concern robots will replace human workers or run amok. These risks may appear increasingly realistic. However, the list’s writers note that prior rounds of automation tended to produce higher productivity and growth. Meanwhile, more familiarity and experience with robots may reduce fears, and a strong human-machine alliance is the more likely outcome. 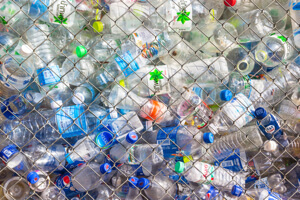 There are two commonly used plastics: thermoplastics (which can be reshaped and thus recycled) and thermoset plastics (which can only be shaped once and are not recyclable). The latter category are prized for durability and are widely used.

But the tradeoff for toughness is most end up as landfill.

How quickly might this happen? The list’s writers predict recyclable thermoset plastics will be ubiquitous by 2025. The move could significantly reduce the amount of plastic waste in landfill across the globe.

New genetic engineering techniques are more precise and forego controversial techniques that rely on the bacterial transfer of DNA. The breakthrough CRISPR-Cas9 gene editing method, for example, uses RNA to disable or modify genes in much the same way such changes happen during natural genetic mutation. The technique can also accurately insert new sequences or genes into a target genome. 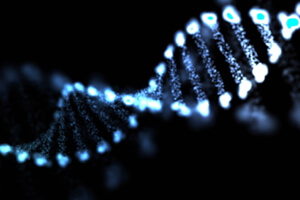 Another advance, RNA interference (RNAi), protects crops from viral infection, fungal pathogens, and pests and may reduce dependence on chemical pesticides. Major staples including wheat, rice, potatoes, and bananas may benefit from the tech.

5. “Additive manufacturing: The future of making things, from printable organs to intelligent clothes” 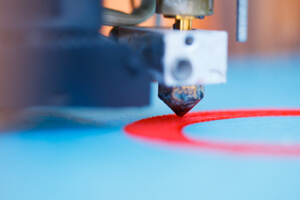 3D printing has been used in industrial prototyping for years, but now it’s beginning to branch out.

Next steps include 3D printed integrated electronics, like circuit boards—though nanoscale parts, like those in processors, still face challenges—and 4D printed objects that transform themselves in accordance with environmental conditions, like heat and humidity. These might be useful in clothes or implants.

Potentially disruptive to the traditional manufacturing market, additive manufacturing is still confined to limited applications in cars, aerospace, and medicine. Still, fast growth is expected in the next decade.

6. “Emergent artificial intelligence: What happens when a computer can learn on the job?” 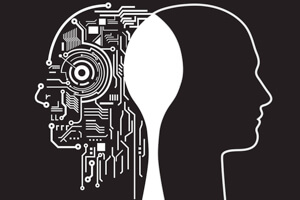 Artificial intelligence is on the rise. Microsoft, Google, Facebook, and others are developing the technology to allow machines to autonomously learn by sifting massive amounts of data.

Hand-in-hand with advanced robotics, AI will boost productivity, freeing us from certain jobs and, in many cases, even doing them better. It’s thought that driverless cars, for example, will reduce accidents (which are often due to human error), and AI systems like Watson may help doctors diagnose disease.

The fear we may lose control of superintelligent machines remains a hot topic, as does the concern over increasing technological unemployment and inequality. The report notes the former may yet be decades away, and despite a possibly bumpy path, the latter may make human attributes, like creativity and emotional IQ, more highly valued. The future will challenge our conception of what it means to be human and force us to deeply consider the risks and benefits of giving machines human-like intelligence.

7. “Distributed manufacturing: The factory of the future is online—and on your doorstep” 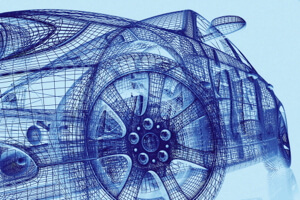 Instead of gathering and assembling raw materials in a centralized factory and assembly line—in distributing manufacturing, materials would be spread over many hubs and products would be made near to the customer.

How would it work? “Replace as much of the material supply chain as possible with digital information.”

If you’ve visited 3D printing marketplaces like Thingiverse or Shapeways, you’ve seen the future of manufacturing. Plans for a product are digitized in 3D modeling software and uploaded to the web. Tens of thousands of people can grab the files and make the product anywhere there’s a 3D printer. This might be at a local business, university, or eventually, in our homes.

Distributed manufacturing may more efficiently use resources and lower barriers to entry, allowing for increased diversity (as opposed to today’s heavily standardized, assembly line products). Additionally, instead of requiring trucks, planes, and ships to move things—we’ll simply zap them over the internet. This may allow for goods to rapidly travel the whole globe, even to places not currently well served.

Risks include intellectual rights violations, as we saw when music was digitized, and less control over dangerous items, like guns or other weapons. And not all items will be amenable to distributed manufacturing. Traditional methods will remain, but perhaps be much reduced in scope. 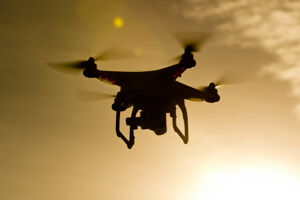 People are finding all manner of interesting non-military uses for drones: agriculture, news gathering, delivery, filming and photography. The drawback to date, however, is they still require a human pilot. The next step? Drones that fly themselves. To do this safely, they’ll need to sense and avoid obstacles.

Early prototypes are already here. Just last year, Intel and Ascending Technologies showed off drones able to navigate an obstacle course and avoid people. Once autonomous, drones can undertake dangerous tasks (without needing a human to be near). This might include checking power lines or delivering supplies after a disaster. Or drones may monitor crops and allow more efficient use of resources like water and fertilizer.

Remaining challenges include making more robust systems capable of flight in adverse conditions. Once perfected, however, drones like robots, will take the power of computing into the three dimensional physical realm and “vastly expand our presence, productivity and human experience.” 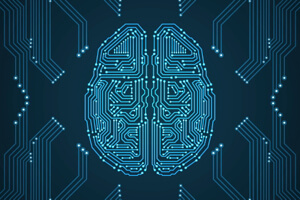 In some ways, the human brain remains the envy of today’s most sophisticated supercomputers. It is powerful, massively parallel, and insanely energy efficient. Computers, no matter how fast they are, are still linear power hogs that substitute brute force for elegance. But what if we could combine the two?

Neurmorphic chips, like IBM’s TrueNorth, are inspired by the brain and hope to do just that. Instead of shuttling data back and forth between stored memory and central processors, neuromorphic chips combine storage and processing into the same interconnected neuron-like components. This fundamentally different chip architecture may vastly speed processing and improve machine learning.

TrueNorth has a million “neurons” that, when working on some tasks, are hundreds of times more power efficient than conventional chips. Neuromorphic chips “should allow more intelligent small-scale machines to drive the next stage in miniaturization and artificial intelligence…[where] computers will be able to anticipate and learn, rather than merely respond in pre-programmed ways.”

10. “Digital genome: Healthcare for an age when your genetic code is on a USB stick” 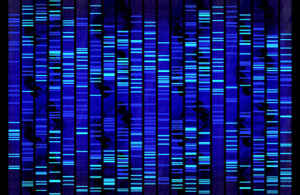 The cost to sequence the human genome has fallen exponentially since it was first sequenced. In the beginning in cost tens or even hundreds of millions of dollars to sequence a single genome. Now, the cost is somewhere around $1,000 and a single machine can sequence tens of thousands of genomes a year.

As more people get their genome sequenced, the information can be stored on a laptop, USB stick, or shared online. Quick and affordable genetic testing promises to make healthcare—from the genetic components of heart disease to cancer—more individually tailored, targeted, and effective.

Prime concerns and challenges include security and privacy of personal information. Also, communication of genetic risks and educating people on what those risks mean will be critical. In aggregate, however, the list’s authors say it is more likely the benefits of personalized medicine will outweigh the risks.