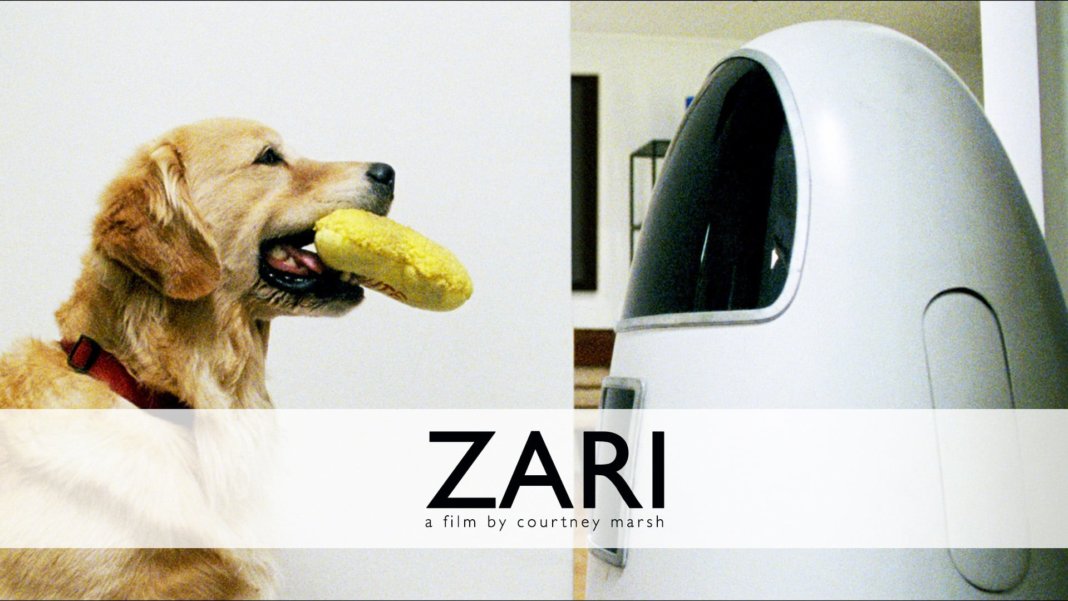 In Courtney Marsh’s short film ZARI a bullet-shaped helper robot trundles about doing chores. Its smooth white-on-black design is vaguely Apple-inspired; its interactions are Siri plus a few years.

The film’s pace is deliberate and shot from creative angles, but my favorite part is that it’s a future firmly rooted in the present. Instead of being populated by robots that are near replicas of humans, ZARI realistically pays homage to technology as it is, in terms of both its capability and our relationship to it.

The robot doesn’t walk on two legs, it rolls on wheels. (Even the top robot at this year’s Darpa Robotics Challenge had wheels.) It can do laundry and put away dishes, but it performs both tasks one item at a time, recalling a growing library of sped up YouTube videos showing robots doing chores. It rolls around and vacuums the floor like a Roomba, only less randomly, perhaps using an artificial neural network like Google’s dream algorithm to learn the floor plan and improve with each iteration.

This is the early days of the personal robot revolution—and it’s wonderfully mundane. ZARI shows how quickly we tire of new technologies, disappointed by capabilities that didn’t exist just a few years ago. The robot is invisible, treated like any other labor-saving appliance in the home, a dishwasher on wheels.

And yet, as it tries to interact with the family dog and occasionally glances at itself in the mirror, there’s a glimmer of something more going on. ZARI might be a touch too slow for the Internet—full disclosure—but that’s what allows it to weave together the mundane and the miraculous so effectively.