“The more 1000% authentic you are, the more you have monopoly over what you’re doing. Just be your weird self, and just be all of that. Either the world loves it, and there is something great there, or it doesn’t.”—Andrew Finn, cofounder of Wait But Why

If you remove the empty space inside the atoms of everyone in the world, humanity would fit inside a single M&M. Good to know! More importantly, if you bought a pizza using the collective net worth of every person in the world, the pizza would be big enough to cover the African nation of Niger. These are important facts, and just a few of the many shared with readers of Wait But Why, a popular cartoon-based science blog that’s proving thoughtful long-form content can stand out in the noisiness of today’s Internet. 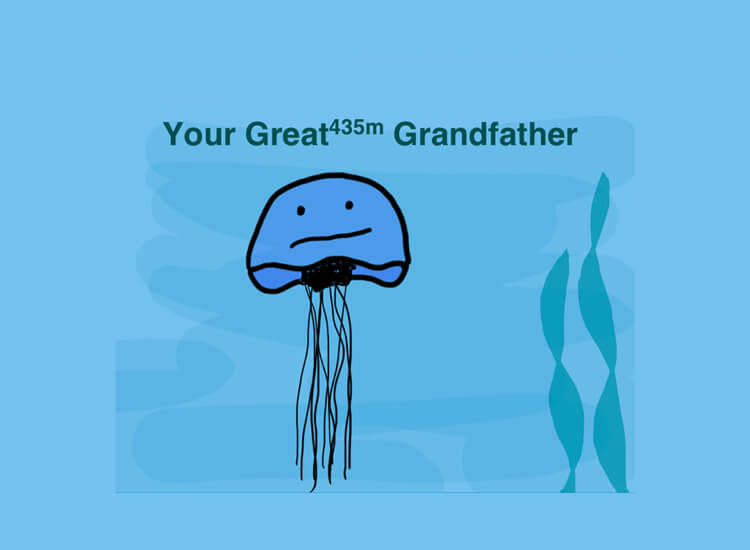 To date, the site has earned over 150 million page views, with articles earning hundreds of thousands of shares—a ridiculous feat when you consider their most popular posts stretch well over 3,000 words. More incredibly, the site is resonating with a young audience (66% of its readers are under 35) and is debunking the myth that digital media must conform to a shrinking millennial attention span.

The popular article “The AI Revolutions: The Road to Superintelligence” is cited as one of the most widely read pieces of writing on the topics of accelerating technological change since Ray Kurzweil’s bestselling book The Singularity Is Near. The article hasn’t gone unnoticed by Dr. Kurzweil, and in an email conversation with Singularity Hub, Kurzweil’s staff shared that he “enjoyed the article and thought the ideas were very clearly and entertainingly expressed.”

That article reached 2.5 million readers and eventually caught the attention of Elon Musk, who reached out to the writer—and what happened next reads like something right out of Charlie and the Chocolate Factory.

Almost three years ago, Wait But Why was cofounded by the two-man “best friend” team Tim Urban and Andrew Finn. They had cofounded a successful test prep company a decade ago, which now finances the website. During that company’s development—Urban, the cartoonist-author behind the blog, honed his minimalist drawing skills with a side project called Underneath the Turban. Finn shares, “Tim kept this blog that he worked on when he was procrastinating, and one day he started drawing these stick figures. They were hilarious. I joked that he was an 8 out of 10 writer and a 10 out of 10 at drawing sh***y stick figure people.”

Those stick figure people were eventually reintroduced on Wait But Why in July 2013, when their first post, “7 Ways to Be Insufferable on Facebook,” earned 500,000 clicks in the first month. When their next post, “Why Generation Y Yuppies Are Unhappy,” earned 6 million readers just three months later, Wait But Why had the audience momentum to explore more complex topics.

Finn describes how Wait But Why first transitioned into more science-minded topics. “Tim’s first attempt at writing about nerdy science stuff was the Fermi Paradox article. The audience response was way bigger than we expected, and after a while we started getting emails from readers saying, ‘Hey, you should look into this AI stuff.’ These were topics that Tim and I were naturally interested in, so eventually he researched and wrote the AI post.”

When Elon Musk came across the article, he Tweeted that it was a “good primer on the exponential advancement of technology, particularly AI.” Musk—normally an interview hermit—then spent 10 hours over four months with Urban, resulting in an epic (by Internet writing standards) 90,000 word article. That article, written over four parts, is one of the most comprehensive summaries of Elon Musk’s ambitions and has been read by 3 million readers to date. 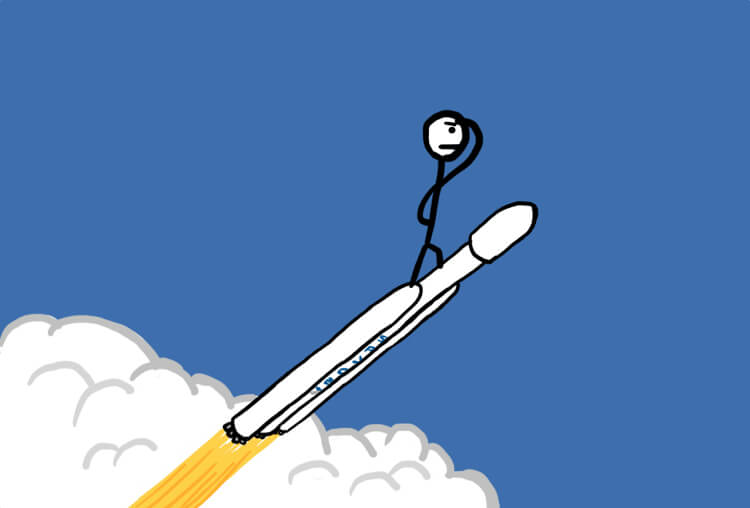 Industrial super-magnates and quirky cartoon blogs don’t usually hang out much. Describing on his podcast why Musk may have invested so much time, Urban explains:

“He never said, ‘Will you write this for me.’ Musk is obsessed with accuracy, and I think that one thing that is frustrating for him is messaging. He doesn’t do that many interviews, and when he does, he doesn’t have three hours to really explain what he wants. He didn’t want another 600-word article with two quotes and a Tweet of his taken out of context. People take his words out of context all the time, so I think it clicked when he read my AI post. I think he said, ‘A post like that—unusually long, but really thorough and something in a voice that people will actually read—would be really helpful. I think that’s what he wanted, so that’s what got him to reach out.”

Musk was given no creative oversight on the project and was trusting of Urban’s commitment to accuracy. To go from procrastinating Internet cartoonist to trusted confidant of this generation’s closest thing to a superhero speaks to the creative talents displayed in Urban’s work.

The well-known science writer Steven Kotler describes his own writing process this way: “I’ve written nine books. All share one thing in common: at some point during their writing, I ended up on the ground, sobbing, shouting, and punching the floor.” Readers of Wait But Why get the sense that Urban is a floor puncher as well. It’s not uncommon for Urban to share visions of his creative process in a humorously anguished way:

“Let’s back up a couple hours to midnight, when I was staring at my computer at a half-completed post that I hated. The thing about bad Wait But Why posts is they don’t like to reveal themselves right away—they like to disguise themselves as good posts until I work on them for a long time, and then they’re suddenly like, ‘Oh, btw, I’m a very bad post.’”

“The reason Wait But Why is good is Tim will get the post to the point where an article is an A, and then he will put 80 more hours on it and pull three all-nighters in a row. He’s a great natural writer, but ultimately he also works really hard,” says Finn.

Next month Urban will be on the main stage at TED, which could elevate the brand to new heights with an older audience. Finn mentions that upcoming topics for the site could include Bitcoin and CRISPR/Cas9, a genetic engineering tool that’s turning the life sciences upside down.

The ultimate success of Wait But Why is that it’s solving what writer and philosopher Alain de Botton calls the “grand challenge of our age: that we need to take the good ideas and repackage them for everyone.” For casual readers and the philosophically inclined, Wait But Why is Disneyland for knowledge-hungry minds. It’s quirky and weird. Your mom may find it offensive, but beneath the humor is a thoughtfully researched collection of thoughts on science, technology, philosophy, personal development, and what a quadrillion gummy candies stacked together looks like. Happy reading.

Images courtesy of Wait But Why