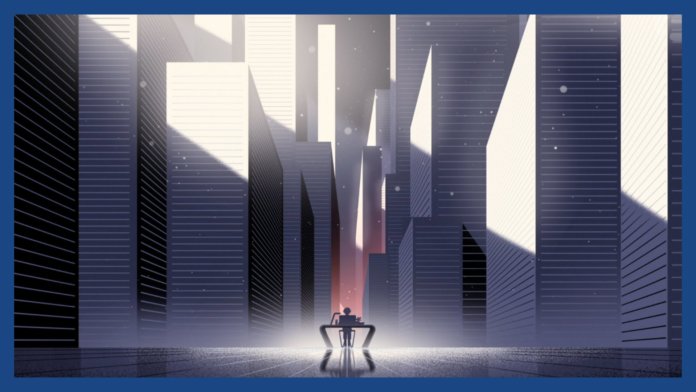 What would a fully automated future without jobs look like?

The Guardian recently released an animated short set in a time when machines dominate the workforce. The story follows the last human worker going on with their average day. Most other humans seen are lining the streets in poverty, as empty high-rise apartment buildings line the skies. The short is beautifully depicted, but has frightening implications.

According to Moshe Vardi, professor of computer science at Rice University: “Machines could take 50% of jobs in the next 30 years.” And Andy Haldane, Bank of England chief economist, notes, “Machines are already undertaking tasks which were unthinkable—if not unimaginable—a decade ago.”

But not everyone believes the world seen in the film is our only option. There is hope.

Even as automation takes over many of today’s jobs—new opportunities may also appear as a result. And these jobs of the future may be much more meaningful for everybody.

“The light at the end of this tunnel,” writes Vivek Wadhwa, “may be a world in which the pursuit of enlightenment is more cherished than the pursuit of money.”

While extreme utopian and dystopian views ordinarily dominate the conversation, the possibility of a middle scenario appearing may be just as likely. And maybe the next generation of “jobs” will empower humans instead of devaluing them.

S. Vollie Osborn offers another fresh perspective: “The developments and innovations produced by passion, and aided by technology, have stretched the imagination. From the realization of many concepts formerly considered science fiction, to the creation of new forms of art, we already stand in awe of what passion and innovation can achieve.”

What do you think?