DNA sequencing of the deceased could lead to a number of advances in health care. A group of scientists in Denmark have launched a proposal to create the world’s first national necrogenomic database.

The idea that dead men tell no tales is about to be seriously put to shame, should a newly suggested DNA registry in Denmark become reality.

The registry would collect genomic data from the recently deceased. Coupled with information of past illnesses and ailments, the new data could generate insights into hereditary diseases, genomic disease triggers, and drug efficiency. 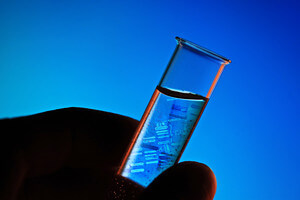 “We would gain a much better understanding of a vast range of diseases, as well as their effects,” says Paula Hedley, a PhD at the Department for Congenital Disorders at Statens Serum Institut in Copenhagen and one of the scientists behind the proposal.

Singularity University chair of biotechnology and bioinformatics, Raymond McCauley, sees a number of possible advantages, as well as further possibilities.

“A scheme like this where you collect samples at death also enables possible tissue gathering and banking and deep investigations into what has killed someone,” McCauley says. “It means that you would generate a wealth of new knowledge about chronic diseases that you wouldn’t get from simply monitoring the general population, without waiting to include data from after people have passed.”

The idea of creating a necrogenomic registry was recently described by Hedley and her colleagues in a letter in Science. The idea is new but has quickly become economically viable thanks to the exponentially falling price of genetic sequencing.

The Danish group of scientists calculates that sequencing the approximately 50,000 Danes out of a population of 5.5 million that die every year would cost between $40 million and $80 million. This price tag will continue to drop rapidly as the price of sequencing also continues to fall. 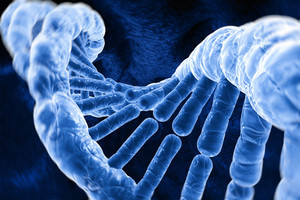 The collected genomic information would be stored in a registry under the unique personal registration number that all Danes have had since 1968. The same number is also an identifier for other centralized and digitized registries such as hospital records, drug prescriptions, and biobanks. All databases are protected by several security systems.

Data from different registries can be combined depending on the research questions asked. Such research could enable the identification of genetic markers that define the risk of various diseases or the course of cancer, to mention but a couple of possible uses.

A particular advantage of a necrogenomic registry is that it would predominantly contain DNA from elderly people—a group that is overrepresented among drug users and underrepresented in the persons participating in drug trials.

Many drug-effect and drug-side-effect studies are performed on young people, and extrapolating from young to old people is at best imperfect. In order to optimize treatment in the elderly, age-appropriate clinical and pharmacological information is needed.

Collecting genomic data at the time of death means that the data paints a clearer image. What has happened in the past is easier to deduce than what could happen in the future.

“Future co-morbidities cannot be anticipated. It may take years for the significance of a genetic finding to become apparent. This is not the case for deceased persons whose genetic complement has had a lifetime to manifest clinical consequences,” Hedley says.

“Collecting genomic information on a group of people with complete clinical histories will allow us to perform the large-scale genomic epidemiology studies necessary to generate evidence of association to the real-life common and complex diseases, which affect our populations right now.”

She points to the importance of speeding this process up, as it is becoming increasingly clear that the current evidence base of conclusions drawn from genomic data is, at times, very shaky.

A necrogenomic registry would be the fastest way to create a link between genetic information and disease risk in a lifetime perspective.

Next Steps to Take Time

The Danish scientists seem to be the first to have proposed the idea of a necrogenomic database. The group wants to encourage discussion in Denmark and beyond on the ethical and legal issues that might affect such a database.

“A necrogenomic registry needs public discussions to address the ethical and legal issues specific to a given country. The population would have to be aware of the various conflicts that might be present,” Hedley says.

This includes finding ways that allow people and relatives to opt out of the proposed scheme, that ensure safety of the samples, and that secure anonymity in connection with studies that use data from the registry, just to mention a few areas of concern.

While the questions, as well as laws governing the registry, will vary from country to country, many governments will already have systems and legal frameworks in place that would function as guides for an implementation.

“In Denmark, a blood sample has been collected from all newborns since 1978. Genetic sequencing is not carried out on the blood samples, but at least one large study has used samples from this biobank to produce genomic information on nearly 100,000 Danes,” Hedley explains.

Laws enabling such studies have been in place for a number of years. The same legal framework, along with Danish laws governing the use of biobanks and registries, could function as a framework for how a necrogenomic registry could be implemented in a way that addresses political, ethical, and legal concerns.

While the organizational, ethical, and legal aspects will take time, the technology is ready.

The Danish group estimates that it could take less than a year from the moment a necrogenomic registry is accepted politically to it being put into operation.