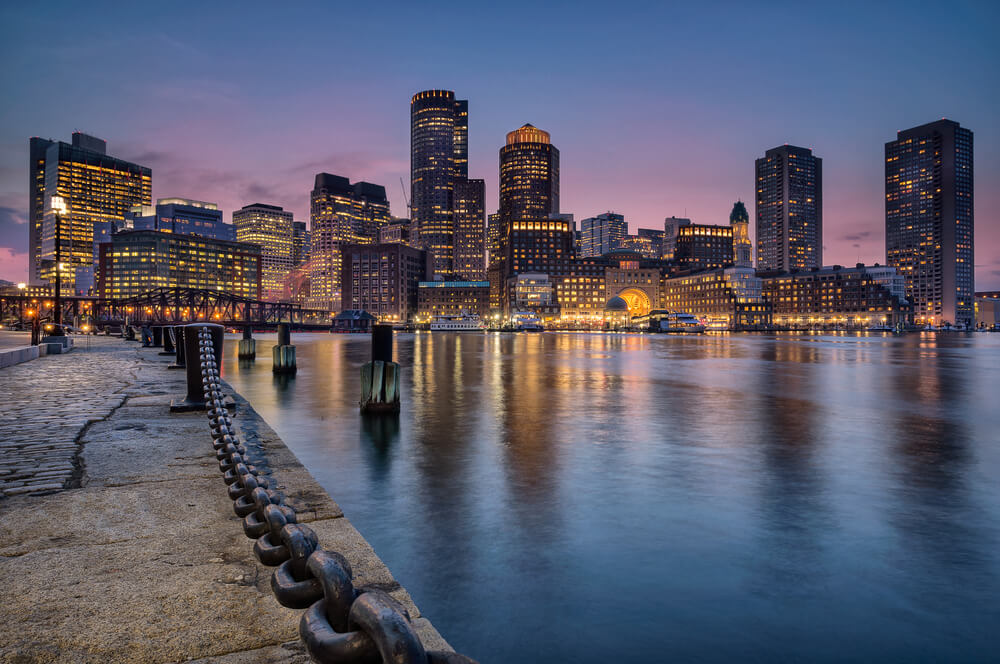 This week Singularity Hub is on the ground in Boston bringing you inside coverage of Singularity University’s first ever Exponential Manufacturing conference at the Westin Waterfront May 10th and 11th.

The conference is gathering industry experts to pull the curtain back on the next generation of 21st century manufacturing technologies—including additive manufacturing, IoT, space manufacturing, robotics, creative AI, and beyond.

Peter Diamandis, SU cofounder and executive chairman, will kick off the conference by discussing exponential technologies in a new industrial age. Salim Ismail, SU global ambassador, and John Hagel, co-chairman of Deloitte’s Center for the Edge, will showcase the big shifts organizations are facing and how companies can thrive in today’s marketplace.

We’ll be hearing from pioneers of the maker movement Dale Dougherty, founder and CEO of Maker Media, and Danielle Applestone, CEO and cofounder of Other Machine Co. Robotics expert Hod Lipson, professor of engineering at Columbia University, will cover the future of robotics and Neil Jacobstein, AI and Robotics co-chair at SU, will discuss R&D powered by data and machine learning.

Jason Dunn, cofounder and CTO of Made In Space will reveal what’s next in space manufacturing. Libby Wayman, global director of Innovation Ecomagination at GE, and Ramez Naam, Energy and Environmental Systems faculty at SU, will paint a picture of the future of clean technology.

Need a crash course in a few of the latest developments in manufacturing?

Below is a series of Singularity Hub articles published leading up to the conference and covering some of the big shifts in manufacturing. And be sure to join the conversation in real-time on Twitter with @SingularityHub and @xmanufacturing.

DIY MANUFACTURING
What Happens to Factories If You Can Manufacture in Your Home?
“Biohackers are home-brewing insulin, and now, low-cost 3D printers and CNC (computer numerical control) machines are allowing people with little training to create circuit boards and fabricate basic mechanical parts in the comfort of their homes.” An interview with the CEO of Other Machine Co, one of the speakers at Exponential Manufacturing.

AI & ROBOTICS
The Last Frontiers of AI: Can Scientists Design Creativity and Self-Awareness?
“Hod Lipson, professor of engineering at Columbia University and the director of Columbia’s Creative Machines Labs, is pushing the next frontier of AI. It’s an era that will be defined by biology-inspired machines that can evolve, self-model, and self-reflect—where machines will generate new ideas, and then build them. Fueling Lipson’s work is the holy grail of AI—the pursuit of self-aware robots.”

Meet Your New Industrial Robot Coworkers
“I am a big believer in supervised automation,” Jaroslav Tyman general manager at Automation IG says. “Robots will function autonomously until they encounter a situation, problem or task that they are unfamiliar with. They will then contact a human supervisor who can instruct the robot what to do. The great thing about cloud computing and robotics is that as soon as you have shown one robot what to do, your entire fleet of robots will all instantly know how to do the new task.”

FACTORIES OF THE FUTURE
How Microfactories Can Bring Iterative Manufacturing to the Masses
“A giant manufacturer like GE, Rogers says, is brilliant at making one of something, or a million of something—but they can’t make 1,000 of something. This is the scale at which microfactories can answer the question, “Should we make this product?” The hope is that more great ideas get the backing they deserve, and fewer ill-advised ideas make it to full-scale production.”

6 Reasons Why Industry Needs to Be Agile as Software to Survive
“Most manufacturers are aware it’s time to adopt a more agile approach—no wonder so many are eager to adopt Industry 4.0. Whether it’s customers, the environment, suppliers, or the market—leaders are hearing they have to turn their large, slow moving ships into nimble jets. Here are six reasons why physical product companies need that agility to survive.”

SPACE MANUFACTURING
Archinaut, a 3D Printing Robot to Make Big Structures in Space
“Currently, structures destined for orbit need to withstand Earth gravity, be folded up as cargo, endure the rigors of launch, and survive space’s harsh environment. With Archinaut, engineers could design and build for space—and only space…If we’re settling the final frontier, CEO Andrew Rush says, ‘SpaceX is building the covered wagon, we’re building the pickaxes, and Archinaut is one of those tools.’ ”

How the Next Wonders of the World Will Be Built in Space
“Made In Space is taking the first steps towards manufacturing satellites in space by using the company’s 3D printer on the International Space Station to make small customized satellites (called CubeSats) on-demand. Making satellites in space unlocks fundamentally new design possibilities. Today’s satellites are designed for launch, but when they are manufactured in space, we will be able to let the conditions of space alone drive the design of our satellites.”

AUGMENTED REALITY IN ENTERPRISE
Augmented Reality, Not VR, Will Be the Big Winner for Business
“‘Technology moves in cycles. I would think that AR in enterprises will have a good run of maybe 15 years,’ Pete Wassel says. ‘After that, robots and AI will start to outcompete human workers and become the new dominant exponential technologies in enterprises.’ But by then, it will have likely diffused beyond enterprises and become part of our daily lives.”

TRANSPORTATION
Goodyear’s Awesome New Spherical Tire Design For Autonomous Cars
“Forget lining your car up with the side mirror of another car and inching back and forth until you finally fit into a parallel parking spot. With spherical tires, you’d just slide in sideways. But since your car will likely drive itself at this point, you wouldn’t even have to worry about it.”