What You Need to Know About the Future of Money 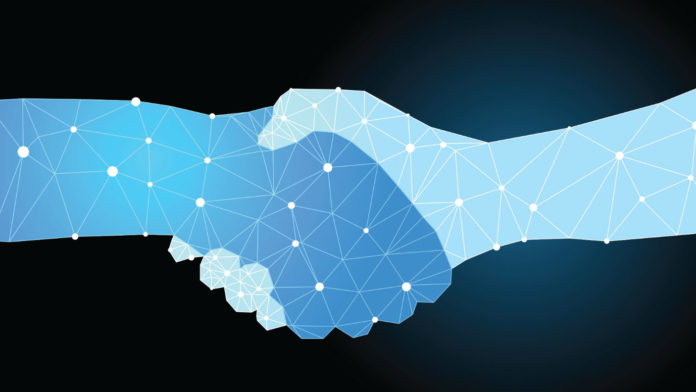 If you don’t hate banks, they probably bore your socks off. That’s okay. The day-to-day machinations of the financial machine are either mundane or massively complicated. But what happens in finance should matter to everyone. Like a lot. If you were on the planet during the 2008 financial panic, you know this.

It’s pretty simple. How we make money, spend money, save money, send money, and grow money is central to how we do pretty much everything else. The future of all these things is being hashed out right now, and technology is a huge driving force. This fast-growing, money-focused corner of the tech world is called “fintech,” which means…where finance meets technology. Easy enough.

But it’s a little more than that.

Finance has been computerized for decades. An ungodly number of daily trades are executed by algorithm. The speed of the market is superhuman—on the order of microseconds—and finance’s population of wonks is probably second only to tech.

Most of that, however, is about what’s happening inside finance’s hallowed halls.

Fintech is more about how the ethos of startups, apps, the internet, and all things digital has begun to infiltrate Wall Street, taking aim at long-standing business models. It’s the promise that small teams coding software can be corporate killers.

This is a world where trust is redefined as a decentralized network of computers so massive no one can tamper with it; where your local bank branch isn’t down the street, it’s in your pocket; where pennies from the crowd launch a thousand startups; where money moves frictionlessly across the globe; where your financial advisor is a piece of software, and the market goes, “Look ma, no hands.”

Is it hype? Sure. But hype is often built on a foundation of amazing things.

At Singularity University and CNBC’s Exponential Finance conference last week, we got our annual state of the union from that fascinating point where finance and tech cross paths.

The End of the Middle Man

If there’s been a theme to the fintech hype machine in recent years, it’s been the end of the financial middleman. Bitcoin true believers, blockchain converts, crowdfunders, crowdlenders, crowdborrowers—peer-to-peer reigns supreme.

And it should. If we’ve learned anything from the digitization of other industries, it’s that centralized businesses tend to suffer when the internet intervenes. So, is the financial system next in line? There are certainly those who think so.

Bitcoin was just the beginning. Bitcoin’s tech foundation—known as blockchain—has been almost as hot as the notorious digital currency in the last few years.

Many have proclaimed, it’s not about Bitcoin—blockchain is where the real potential lies. But the two aren’t as separate as we might like to think.

According to Catheryne Nicholson, CEO and cofounder of BlockCypher, no distributed ledger like blockchain would work without the incentive to validate transactions—and digital currency (in the form, for example, of Bitcoin mining) is that incentive.

“I think what really makes blockchain disruptive is you have an entire network that’s validating. They don’t do it for free,” Nicholson said. “They’re being incented to do it, and their incentive is a bitcoin or an ether. If you remove that reward, what is the incentive for that entire network to secure it?”

“[Blockchain] allows you do all sorts of things that typically required a middleman, required multiple parties of trust in order to execute. What Ethereum does is enable you to do that in a ‘smart contract’ way, but do it on blockchain so you don’t necessarily have to have a person or an entity be that trusted party.”

Blockchain and digital currencies may mean no more fees for ferrying cash between pockets, a vastly simplified financial back office—which today is consumed by clearing and validating transactions—and even companies that fund and then run themselves.

Sleeping With the Enemy?

There’s no doubt the next wave of tech in finance has disruptive potential. But if you were expecting the end of big banks—you’ll have to wait awhile longer.

David and Goliath have decided on détente for the time being. A recurring theme throughout the conference was partnership.

Jessie McWaters, a World Economic Forum (WEF) project lead, described how in 2014 the WEF brought together a group of 50 financial services leaders and asked what they thought about fintech. The response was largely dismissive—we have the scale, trust, and experience navigating regulatory complexity.

In 2015, the tone was different. Banks were worried, jittery. Then this year, McWaters said, the discussion had evolved again.

“There was almost now a little bit of swagger. People felt like they had figured out the solution,” McWaters said. “It was about working together, and there was a view that this wasn’t just a threat to financial services, though it was that, but there was more to it. There was the opportunity…to fix financial services.”

McWaters said fintech isn’t “random acts of violence.” Many firms are focused on friction points where customers get frustrated, while elsewhere they’re deciding to “piggyback on legacy infrastructure.” McWaters said Apple Pay didn’t disrupt credit cards, but instead focused on customer experience, its area of expertise.

Big companies and scrappy startups are either collaborating, becoming each other’s customers, or acquiring and being acquired.

In a panel, the founders of two startups talked about their experience being gobbled up by larger companies. Meanwhile, Catherine Bessant, COO and CTO of Bank of America, said big firms like hers should partner, purchase, and when appropriate, compete with fintech—but above all stay engaged.

“What I do know about the next 20 years is that we are monomaniacally, freakishly focused on making sure that we leverage technology so that whatever you want from us in 20 years is what we’re capable [of]…and effective at doing.”

Eyes in the Back of Your Head

Much of this about technology that’s mainly focused on financial operations—from customer service to the back office. But larger forces are at play in the wider economy that will ultimately affect how business in finance is done.

Brad Templeton, director of the EFF and founder of ClariNet, noted how the adoption of a seemingly unrelated technology, like self-driving cars, could have a major impact on insurers.

“Even the financial industry, the auto loan industry will change when people go to fleets instead of retail auto loans,” Templeton said. “Insurers are going to see casualties drop to one third of what they are [now] and [be] mostly self-insured by the companies building the self-driving cars.”

Along these lines: How might earlier detection of disease affect insurers? How will longer lifespans (and healthspans) change financial advice and retirement planning? How might solar energy affect futures and commodities markets?

Templeton also discussed quantum computing. All our financial security online is based on the idea that it’s very hard to factor large numbers—this is how most data encryption works right now. But a massively powerful quantum computer (which isn’t here just yet) could make short work of such security measures.

“You look out on Wall Street and if you see the bankers and the programmers running with their hands up in the air screaming—someone has done this. That’s your clue,” Templeton said.

Though fintech and bigfin are besties for now, that’s no excuse to get complacent. Technology moves too fast for that, and only the future-focused will survive.

Ray Kurzweil began looking at the evolution of technology so he could better time his inventions. When he began noticing exponential trends in computing, he realized he had to plan for future events happening sooner than expected.

And that’s perhaps the best summation of the conference’s real central theme: When making your plan for 2025, don’t forget to take into account the exponential nature of these technologies—go beyond the linear, and prepare to be surprised.

In an interview via a Beam telepresence robot with CNBC’s Bob Pisani, Kurzweil said the key trends outlined in his book The Singularity Is Near are right on track.