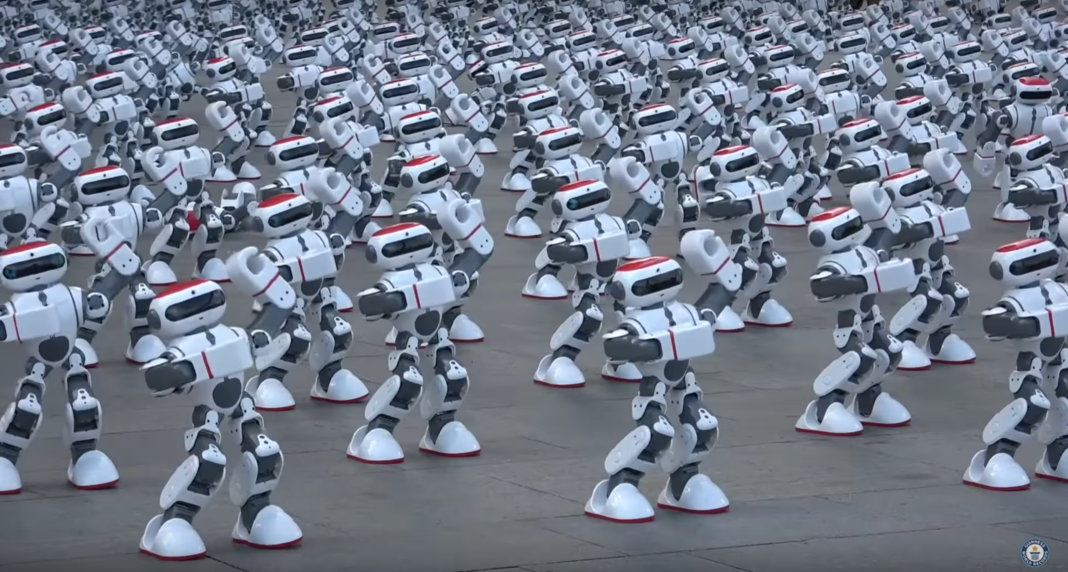 There are so many things robots can do nowadays. They can shuttle products around a warehouse, make burgers and pizza, and teach each other new things.

Most of the capabilities we’ve given robots are useful—but some are just pure fun, and one of those is dancing. Coordinated large-scale flash mob dancing, to be exact.

It’s not a new skill, but it is a new record in the category of “most robots dancing simultaneously.” 1,069 identical robots made by WL Intelligent Technology Co. Ltd performed a choreographed routine in Guangzhou, China.

WL Tech’s robots broke the existing record, which was held by Ever Win Company & Ltd. with a total of 1,007 robots.

There were more than 1,069 robots at the beginning of the dance, but a few of them fell over during the routine—apparently they’re not all gifted with an equal level of coordination—and these had to be deducted from the record total.

WL Tech held the dance party to demonstrate their latest robotic technology. The robots are named Dobi, and they were all programmed via one group control system. One Dobi is 47cm tall, weighs 2.15 kilos, and costs $330. Besides dancing, the robot can also walk, talk, and do Tai Chi.

There’s a lot of anxiety around robots taking on new capabilities. They’re already smarter than us in some ways. Can they eventually become conscious? Will they steal all our jobs?

Amid these worries, and for better or worse, robots will likely continue to infiltrate our lives in various capacities—so we may as well have some fun with them.