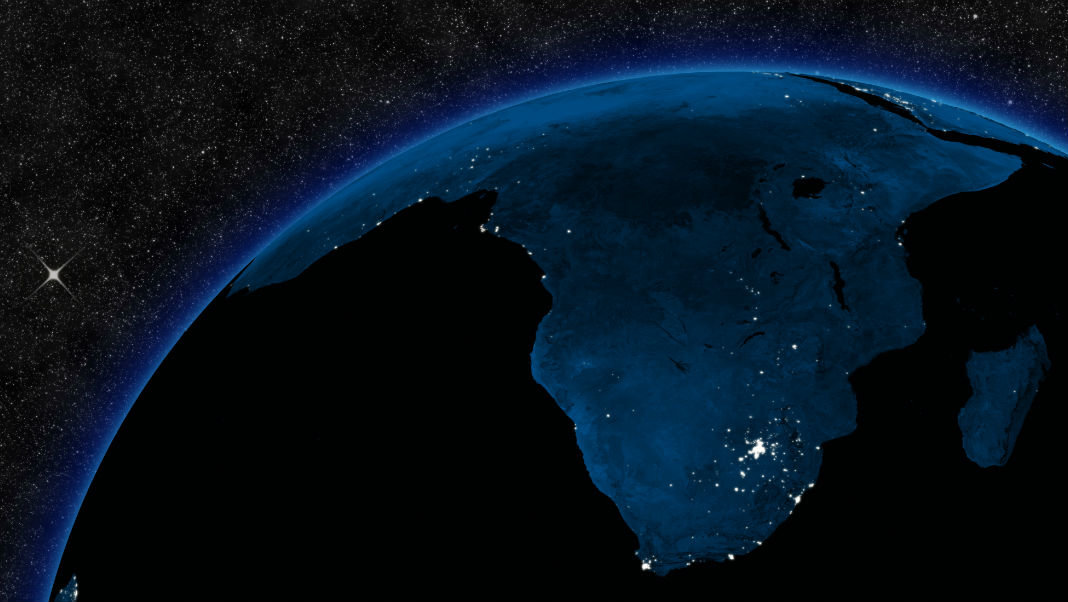 According to tech optimists, the world is consistently getting better, and technology is partly to thank. It seems plausible given statistics about reductions in poverty rates, longer life expectancy, increased literacy, and the like.

But outside of these overarching trends, how do we pinpoint examples of tech making a difference in the day-to-day lives of real people? I see the forest—now show me the trees.

The forest? Clean energy is getting incredibly cheap, and by transitioning to it we’re doing right by the planet.

The trees? People who’ve lacked access to electricity now have a consistent, affordable source of power in their homes, and it’s changing their lives for the better.

Over 500 million Africans currently live without electricity, and thousands of people who do have power have to deal with frequent outages. In rural areas lacking a grid, most homes get light from kerosene lamps. Kerosene is dependable—if you burn it, it’ll definitely give you light—and it can be purchased in as small and variable quantities as a family’s finances allow.

But there’s a reason we kicked kerosene to the curb as soon as we got our hands on light bulbs. Besides filling a home with toxic fumes that can cause serious health issues over time, kerosene is surprisingly expensive—especially in rural areas where it’s needed most. A 2012 World Bank report found that rural households in five Sub-Saharan countries paid on average 35 percent more for kerosene than their urban counterparts.

Families in Tanzania reported spending 15 to 30 dollars per month on kerosene—the approximate monthly cost of powering a small studio apartment in the US, complete with refrigerator, TV, multiple lights, phone and computer chargers. For people living at or below the poverty line, this is a huge portion of monthly income.

The World Bank’s 2017 State of Electricity Access Report has good news and bad news: almost a billion people in Sub-Saharan Africa could gain electricity access by 2040, and this will be largely thanks to private-sector-driven off-grid electrification. However, due to population growth, up to 530 million people still won’t have electricity by 2040.

The challenge for companies looking to provide solar power in Africa was finding a way to do so that was both low-cost and low-risk for customers. If you’re used to buying kerosene in small quantities and, to some extent, it’s working for you, you’re not going to risk committing to an expensive new form of electricity that, as far as you know, may not even work.

The answer was to design systems that required a small up-front investment, after which customers could regularly pay the same amounts for solar power that they’d been paying for kerosene.

Off Grid Electric sells home-based solar systems in Tanzania and Ivory Coast. The company finances the panels, which are installed on individual houses, and their basic package—a panel, a battery, a few LED lights, a phone charger, and a radio—costs $13 down. After three years of paying $8 monthly installments, customers own the package.

“Cost is important to the customer at the bottom, but risk is even more important,” said Xavier Helgesen, co-founder and CEO of Off Grid. “A bad decision when you’re that poor can mean your kids don’t eat or go to school, which is why people tend to be conservative.”

A technician from Off Grid installs the system in people’s homes and makes sure it’s in working order that same day. If something goes wrong after things have been up and running for a while, the company’s service policy promises a visit from a technician within three days. Most of the technicians ride to customers’ homes on motorbikes, which are easier to drive in rural areas without paved roads.

Monthly payments for service are made by phone. In areas where mobile money hasn’t yet proliferated, companies similar to Off Grid, like Black Star Energy, sell scratch cards at local kiosks. Customers enter a PIN to activate their accounts and add credit.

The proliferation of home solar power means previously lightless regions of Africa are getting electrified much faster than predicted—but also in a much different way than predicted.

“The belief was, you’d eventually build the US grid [in Africa],” Helgesen said. “But the US is the richest country on earth, and it wasn’t fully electrified until the 1940s, and that was in an era of cheap copper for wires, cheap timber for poles, cheap coal, and cheap capital. None of that is so cheap anymore, at least not over here.”

Helgesen’s plan when he first started Off Grid was to build solar microgrids to power cell towers, then sell the excess electricity from them to locals. But after realizing how expensive this business model was going to be, Helgesen looked for a new model that would both allow his company to operate in the black and provide affordable electricity to customers.

Home solar was the model that gave customers the most control over how much they spent, and though it’s not without its challenges, it’s proved to be a crowd-pleaser; once people make the switch to solar, not many of them turn back—in Tanzania, for example, less than two percent of Off Grid’s loans default.

So what are customers of Off Grid, Black Star, and other energy startups doing with their hours of light?

They’re using it to improve safety in their neighborhoods. Light makes petty crimes like theft harder to carry out at night, and it makes dangerous animals—like snakes—easier to spot and remove.

They’re using it to extend work and study hours. Kids can do schoolwork later in the day or study for longer, and businesses can stay open later.

They’re using it to access information that used to be harder and more expensive to get. Farmers can get customized daily weather reports from online services to help plan when to water or fertilize crops. Shop owners can communicate with suppliers in other towns to ensure supply is steady and reliable.

They’re using it to take more control over their lives, and to free themselves from having to plan daily activities around the sun’s rising and setting. Imagine what life would be like if you could only do things requiring light when the sun was out.

Finally, besides using it for power, some people are using their home solar systems as income-generators. Extra energy can be sold back to the community by having people pay to charge their phones at your house, as opposed to having to go to the nearest shop, which could be much farther away. People can set up impromptu theaters, charging neighbors to come in and watch a soccer game or a popular TV show (though it’s worth noting that many people in these community-oriented cultures often take more of a ‘what’s mine is yours’ approach, and don’t feel comfortable profiting off their neighbors’ lack of electricity).

It’s Not All Sunny Yet

Despite the leaps and bounds home solar power has already made, the industry faces myriad challenges to continued growth. As companies expand, their business models will likely require additional tweaking to accommodate more customers in different areas. Scaling could be an issue, especially from the basic vantage point of fixing things that break; sending a human on a motorbike to fix a broken solar panel within three days of it breaking is logistically complicated with the current customer base—what happens when that customer base has doubled or tripled?

Similarly, though customers are currently happy with their bare essentials kits (light, phone charger, radio/TV) it’s only a matter of time until their energy needs (and wants) grow. The Jevons Paradox holds that as technological progress ups the efficiency with which a resource is used, the rate of consumption of that resource rises because of increasing demand. For solar to really be a viable solution, batteries need to get better, and conversion efficiency of silicon solar panels needs to go up—but these improvements will likely be outpaced by skyrocketing demand, both by current customers who want more energy and by new customers.

While private companies with venture capital funding are proving more successful at bringing electricity to African homes than aid agencies have been, there is some worry about companies’ ethics. Could a desire for quick returns on investment lead companies into dubious business practices? Their mission is ostensibly a noble one, but at the end of the day, we’re still talking capitalism here.

Nicole Poindexter, the founder and CEO of Black Star Energy, said, “There is a level of responsibility that I feel, and that I think any appropriate investor needs to have, about extraction versus contribution. I am not willing to be an extractive capitalist here, but I think that capitalism has an extremely important role to play in these communities.”

Walking that line requires a fine balance. Right now there’s not much oversight in the home solar industry, which means companies operating in this space are largely responsible for regulating themselves.

Which leads to a final point: eventually, as their services grow, companies providing home solar will need to be regulated by a larger body. Currently, they’re essentially operating as a utility, but without any of the regulations or controls American utilities are subject to.

The technology that has enabled the explosion of home solar is only going to improve, and with it, clearing these hurdles will become more crucial as demand grows and companies look to efficiently scale their current operations.