If We Could Engineer Animals to Be as Smart as Humans—Should We? 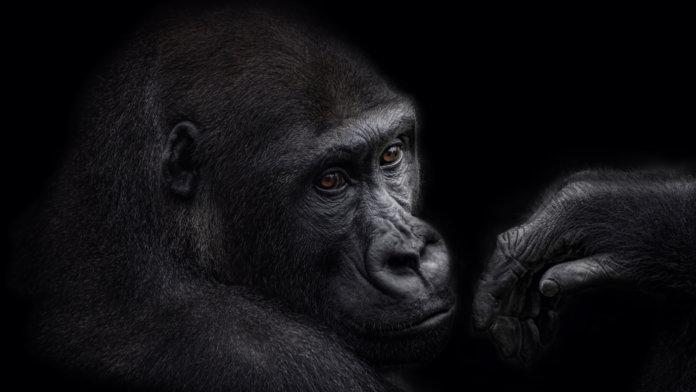 Advances in neural implants and genetic engineering suggest that in the not–too–distant future we may be able to boost human intelligence. If that’s true, could we—and should we—bring our animal cousins along for the ride?

Human brain augmentation made headlines last year after several tech firms announced ambitious efforts to build neural implant technology. Duke University neuroscientist Mikhail Lebedev told me in July it could be decades before these devices have applications beyond the strictly medical.

But he said the technology, as well as other pharmacological and genetic engineering approaches, will almost certainly allow us to boost our mental capacities at some point in the next few decades.

Whether this kind of cognitive enhancement is a good idea or not, and how we should regulate it, are matters of heated debate among philosophers, futurists, and bioethicists, but for some it has raised the question of whether we could do the same for animals.

There’s already tantalizing evidence of the idea’s feasibility. As detailed in BBC Future, a group from MIT found that mice that were genetically engineered to express the human FOXP2 gene linked to learning and speech processing picked up maze routes faster. Another group at Wake Forest University studying Alzheimer’s found that neural implants could boost rhesus monkeys’ scores on intelligence tests.

The concept of “animal uplift” is most famously depicted in the Planet of the Apes movie series, whose planet–conquering protagonists are likely to put most people off the idea. But proponents are less pessimistic about the outcomes.

Science fiction author David Brin popularized the concept in his “Uplift” series of novels, in which humans share the world with various other intelligent animals that all bring their own unique skills, perspectives, and innovations to the table. “The benefits, after a few hundred years, could be amazing,” he told Scientific American.

Others, like George Dvorsky, the director of the Rights of Non-Human Persons program at the Institute for Ethics and Emerging Technologies, go further and claim there is a moral imperative. He told the Boston Globe that denying augmentation technology to animals would be just as unethical as excluding certain groups of humans.

Others are less convinced. Forbes’ Alex Knapp points out that developing the technology to uplift animals will likely require lots of very invasive animal research that will cause huge suffering to the animals it purports to help. This is problematic enough with normal animals, but could be even more morally dubious when applied to ones whose cognitive capacities have been enhanced.

The whole concept could also be based on a fundamental misunderstanding of the nature of intelligence. Humans are prone to seeing intelligence as a single, self-contained metric that progresses in a linear way with humans at the pinnacle.

In an opinion piece in Wired arguing against the likelihood of superhuman artificial intelligence, Kevin Kelly points out that science has no such single dimension with which to rank the intelligence of different species. Each one combines a bundle of cognitive capabilities, some of which are well below our own capabilities and others which are superhuman. He uses the example of the squirrel, which can remember the precise location of thousands of acorns for years.

Uplift efforts may end up being less about boosting intelligence and more about making animals more human-like. That represents “a kind of benevolent colonialism” that assumes being more human-like is a good thing, Paul Graham Raven, a futures researcher at the University of Sheffield in the United Kingdom, told the Boston Globe. There’s scant evidence that’s the case, and it’s easy to see how a chimpanzee with the mind of a human might struggle to adjust.

There are also fundamental barriers that may make it difficult to achieve human-level cognitive capabilities in animals, no matter how advanced brain augmentation technology gets. In 2013 Swedish researchers selectively bred small fish called guppies for bigger brains. This made them smarter, but growing the energy-intensive organ meant the guppies developed smaller guts and produced fewer offspring to compensate.

This highlights the fact that uplifting animals may require more than just changes to their brains, possibly a complete rewiring of their physiology that could prove far more technically challenging than human brain augmentation.

Our intelligence is intimately tied to our evolutionary history—our brains are bigger than other animals’; opposable thumbs allow us to use tools; our vocal chords make complex communication possible. No matter how much you augment a cow’s brain, it still couldn’t use a screwdriver or talk to you in English because it simply doesn’t have the machinery.

Finally, from a purely selfish point of view, even if it does become possible to create a level playing field between us and other animals, it may not be a smart move for humanity. There’s no reason to assume animals would be any more benevolent than we are, having evolved in the same ‘survival of the fittest’ crucible that we have. And given our already endless capacity to divide ourselves along national, religious, or ethnic lines, conflict between species seems inevitable.

We’re already likely to face considerable competition from smart machines in the coming decades if you believe the hype around AI. So maybe adding a few more intelligent species to the mix isn’t the best idea.