This Memory Prosthesis Boosts Recall in Humans by Roughly 40 Percent 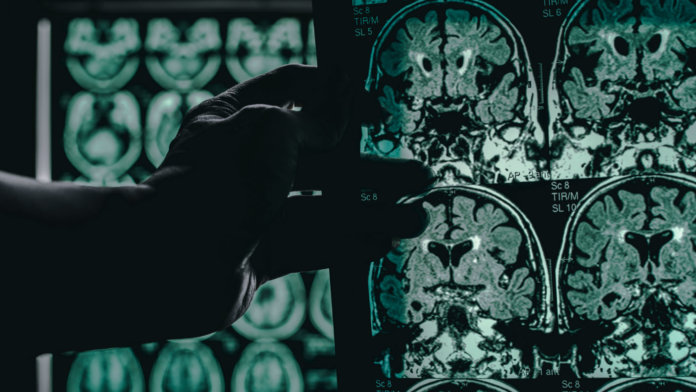 This one’s for the books: in a jaw-dropping study, a team just turned the human brain from a read-only memory device to a rewritable one.

“What?” you might ask. Of course the brain is rewritable. It’s constantly using electrical and chemical signals to encode our thoughts and memories.

But that’s biology. When it comes to current neurotechnologies, humans haven’t been able to directly encode memories into our own brains. So far, projects like the BRAIN Initiative or connectomics have only helped us roughly glimpse the complicated neural code buzzing in our heads—that is, to “read” the brain.

No more. In this DARPA-funded study, researchers extracted memory-encoding electrical signals directly from a group of human volunteers while they performed a memory task. When they injected the signals back during recall, it boosted the volunteers’ performance by roughly 37 percent—a shockingly large effect. The results were published this month in the Journal of Neural Engineering.

“This is the first time scientists have been able to identify a patient’s own brain cell code or pattern for memory and, in essence, ‘write in’ that code to make existing memory work better,” said study author Dr. Robert Hampson at Wake Forest Baptist Medical Center.

The fact that the team distilled noisy neuronal chatter into “electronic” memories that the brain can reinterpret is incredible. For the future, it’s not hard to imagine fishing out hundreds or thousands of similar memory traces, translating them into 0s and 1s, and essentially digitizing a memory library.

But perhaps more promising is that the technology offers a glimpse of hope for those suffering from memory loss. People with Alzheimer’s disease, stroke, or epilepsy often struggle with forming new memories—this new tech offers a way to give their failing brains a boost.

This study builds on previous work in rats and monkeys.

From the onset, the team took a clever approach: rather than trying to mimic all the minutiae that goes on in the brain during memory encoding, they looked for a simple—but sufficiently accurate—digital replacement.

At the heart of every memory is a set of electrical signals that unfold in time. To Dr. Theodore Berger, this is the crux: it means that we can reduce something as abstract as a memory into mathematical equations and put them into a computational framework.

“Of course people asked: can you model [memory] and put it into a device? Can you get that device to work in any brain? It’s those things that lead people to think I’m crazy. They think it’s too hard,” Berger said.

A biomedical engineer at the University of Southern California, Berger silenced his skeptics in 2015 when he introduced a set of mathematical theorems that powered the first memory prosthetic based on the hippocampus.

At the heart of information processing in the hippocampus is a single pathway: electrical pulses travel from the input node, called CA3, to the output, CA1. But memory signals are non-linear: they’re noisy, easy to disrupt, and often overlap in time. The hippocampal network dramatically amplifies even random changes in the signals, leading to vastly different outputs—a “chaotic black box,” as Berger calls it.

His first success came when, together with Dr. Dong Song, he developed a new model of hippocampal processing dubbed MIMO (multi-input, multi-output).

Using the algorithm, his team distilled electrical signals of a rat learning to pick a correct lever into computer code. In rats given a drug to temporarily block their natural memory, the team then pulsed CA1, the output region, with their code using implanted microelectrodes. Like magic, the rats regained their memory of the correct lever.

Two rapid-fire successes followed soon after. In monkeys, the team convincingly showed that the algorithm could also restore memory deficits due to hippocampal malfunction.

The time was ripe for the ultimate test: boosting human memory.

The team worked with 22 patients awaiting surgery for epilepsy. This is an enormously valuable group of people: they already have electrodes implanted in their brains to help pinpoint the source of their seizures. Similar to before, the team focused on the CA3 to CA1 hippocampal circuit, recruiting participants who had electrodes in those areas.

The team first showed a subset of volunteers images on a computer screen. After a brief delay of staring at a blank screen, the volunteers then picked out the original image from a set of up to seven others. This test was repeated roughly 100 times, during which the team carefully recorded from the participants’ hippocampi.

These recordings allowed the team to parse out electrical patterns associated with the correct response, which were fed into a MIMO model. The data trained the model to predict how the output, CA1, fires in response to CA3 inputs in real-time.

When the team fed this “memory code” back into the participants’ hippocampi during recall, the effects were immediate. Those who received the electrical boost performed roughly 37 percent better than their normal baseline. In contrast, randomly zapping the hippocampus using the same frequency and strength as when directed by the algorithm didn’t work.

To see if the memory prosthesis also works on longer-term memories, the team repeated the test. This time, six participants were asked to select the original image from a set of three following a 15 to 75-minute wait.

As before, stimulating the CA1 with the memory code boosted memory performance regardless of the delay by roughly 35 percent. The stimulation wasn’t equally effective in all tested patients, and on average, the benefits seemed to shrink after more than an hour’s worth of wait (although it could be an artifact due to small sample sizes).

“In one sense we were not surprised to find that this worked. We had a long history of animal studies in which we were testing this concept in other species—in animals in the laboratory—and we were having success,” said Hampson.

“What surprised us was how successful it was. Thirty-five percent improvement in memory is huge; and the results that we have compared to some other techniques indicate this is a very successful attempt to restore memory,” he explained.

This pilot study is obviously small, but the authors stress that the observed benefits are consistent among the test group.

“The wide range of patient conditions that affected hippocampal function did not negate the ability of the MIMO model-based stimulation to enhance encoding and subsequent recall, even in patients previously classified as having memory deficits,” they said.

That’s good news: even in a broken brain, as long as the hippocampal circuitry is functional, it’s possible to apply similar principles to develop other memory prostheses for people who suffer from memory loss.

Right now, the technology only works in people with implanted electrodes, so it’s obviously not going mainstream anytime soon.

But the study is a powerful proof-of-concept that we’re inching closer to capturing, storing, and reliving our own memories—even those transformed into computer code.

“To date we’ve been trying to determine whether we can improve the memory skill people still have. In the future, we hope to be able to help people hold onto specific memories, such as where they live or what their grandkids look like, when their overall memory begins to fail,” Hampson said.