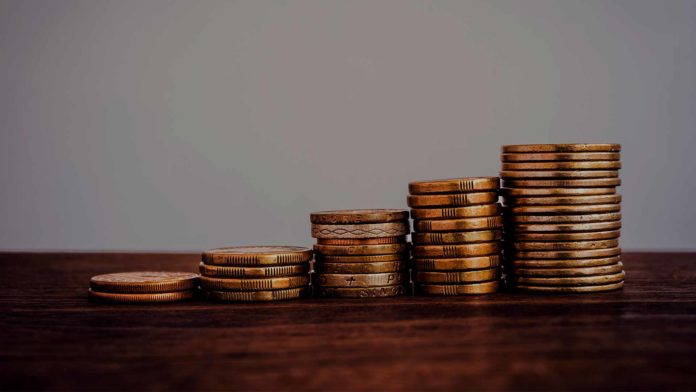 In December 2017, I wrote about the abundance of capital accumulating around the world. We’ve seen so much development in this space in Q1 2018 alone that it deserves an update.

This past decade, and in the decades ahead, we will experience an unprecedented era of capital abundance that will massively accelerate innovation and fund crazy ideas and moonshots.

Where is all this cash coming from? I’ll highlight four areas:

The Rise of Crowdfunding

At the low end of capital abundance is crowdfunding, a peer-to-peer network where any person can present their product or service to the world and ask for funding.

Funding can come in the form of a loan, an equity investment, a reward, or an advanced purchase of the proposed product or service.

Since I first discussed crowdfunding in Bold, the phenomenon has exploded onto the scene, making it vastly easier for entrepreneurs anywhere in the world to digitally pitch their ideas and raise the funds to start their business.

The total worldwide volume of crowdfunding, inclusive of peer-to-peer lending, was $34 billion in 2017, with 375 crowdfunding platforms in North America alone. But this too, like many digital platforms, is experiencing double-digit growth. Experts project crowdfunding to reach $300 billion by 2025.

Kickstarter, one of the most popular reward-based crowdsourcing platforms, has launched almost 400,000 projects, and over $3.7 billion has been pledged on the site.

Ultimately crowdfunding fully democratizes access to capital, allowing anyone with a good idea, anywhere, to get the cash they need to get going.

No surprise that Goldman Sachs described crowdfunding as “potentially the most disruptive of all the new models of finance.”

In contrast, venture funding has been a more traditional source of startup capital over the past five decades, helping to birth household names from Apple and Google to Amazon and Uber.

Depending on the stage of the company, and the size of the fund, these investments range widely, from a hundred thousand dollars invested during a seed stage to hundreds of millions of dollars invested to support later growth-stage companies.

Where is this money being invested?

New to the scene of capital formation is the “Initial Coin Offering,” or ICO, a fundraising tool emerging out of the cryptocurrency-blockchain realm.

An ICO is a way to crowdfund your business venture by issuing your own tokens that can then be used to redeem value in the ecosystem of your startup.

In some cases, the tokens have a clear utility in a company; for example, they may be used to vote in a prediction marketplace.

In other cases, they may be used as a security—they may represent a fractional share of a piece of real estate listed on the blockchain.

If you do a good job selling your vision, people will buy those tokens, and you’ll end up with the capital you need to start your venture.

A lot of these tokens (coins) can also be traded on major cryptocurrency exchanges. That means that if your project goes well, your tokens will rise in value, and investors will be able to sell them for a nice profit.

Perhaps best of all, for the entrepreneur, the capital that comes in via an ICO is non-dilutive, meaning you give investors no equity—i.e., no ownership and no control—in your company, no matter how much your ICO might raise.

ICOs are still highly controversial, though. Their unregulated nature means scammers have plenty of opportunities to line their pockets.

According to the Wall Street Journal, the total amount invested in ICOs has risen from $6.6 billion in 2017 to $7.15 billion USD in the first half of 2018, despite regulatory uncertainty and restrictions in many major countries, such as China and South Korea.

ICOs are famous for raising money fast and in vast amounts. There are hundreds of examples that will make your head spin, and make you wonder why you haven’t already launched your own ICO.

Filecoin, for example, is a blockchain-based decentralized data storage network. The project allows blockchain participants to provide their servers and share their storage. If you let someone store their data on your server or your computer, you get Filecoins and receive a reward.

The Filecoin project raised $257 million —split into a $52 million presale and $205.8 million in the second round — in only 30 days, the first $135 million of which was raised in the first hour alone.

King among the ICOs is a fierce competitor to the Ethereum network called EOS, which, according to some, stands for ‘Ethereum on Steroids.’

EOS is one of the most popular cryptocurrencies trading on the market today. Block.one, the developer behind EOS, has already raised a record-breaking $4 billion from its yearlong ICO between June 26, 2017 and July 1, 2018.

Sovereigns and the Vision Fund

When it comes to the motherlode of deployable capital, look no further than Sovereign Wealth Funds (SWFs), which hold an estimated $6.59 trillion in assets.

As the promise and economic potential of exponential startups continue to climb, it’s no surprise that SWFs are lining up to invest in the tech startup world searching to yield outsized returns.

Globally, in 2017, there were 42 SWF deals valued at some $16.2 billion last year, according to the Sovereign Wealth Lab research center at Madrid’s IE Business School.

But this $16.2 billion pales in comparison with the passion and checkbook of Masayoshi Son’s megafund, the “Vision Fund,” an initial $100 billion which he hopes to grow tenfold in the decade ahead.

Why raise such an enormous fund? “I totally believe this concept,” he said, of the singularity. “In next 30 years this will become a reality. I truly believe it’s coming…that’s why I’m in a hurry—to aggregate the cash, to invest.”

And aggregate the cash he has done.

The Vision Fund had its start in September 2016 when Mohammed bin Salman, then deputy crown prince of Saudi Arabia, flew to Tokyo in search of mechanisms to diversify his country’s oil-dominated future. There he met with Son, who pitched him the idea of setting up the largest investment fund in history to finance technology startups. In less than an hour, bin Salman agreed to become the cornerstone investor.

Quickly thereafter, other LPs like the UAE-based Mubadala Investment Company and private companies like Apple, Foxconn, and Qualcomm joined in.

Perhaps even more exciting in our abundance of capital thesis are Son’s plans to 10x his vision fund. The $100 billion Vision Fund is just “the first step,” according to Son, who said he is already working to establish a second Vision Fund in the next two or three years.

“We will briskly expand the scale,” he told Nikkei. “Vision Funds 2, 3, and 4 will be established every two to three years.”

Son said that SoftBank plans to invest in at least 1,000 tech companies in areas like artificial intelligence and robotics over the next 10 years. SoftBank has already invested in a wide range of companies this year, including Brain Corp, Mailbox, Boston Dynamics, Improbable, Nvidia, Slack, WeWork, OneWeb, Didi, and Uber.

For entrepreneurs, this is an exciting time.

Between crowdfunding sites, ICOs, and SWFs, there is no capital-related excuse to put off pursuing your massively transformative purpose (MTP) and moonshot.

The speed at which we can go from “I’ve got an idea” to “I run a billion-dollar company” is moving faster than ever.

Abundance Digital Online Community: I have created a digital/online community of bold, abundance-minded entrepreneurs called Abundance Digital. This is my ‘onramp’ for exponential entrepreneurs—those who want to get involved and play at a higher level. Click here to learn more.