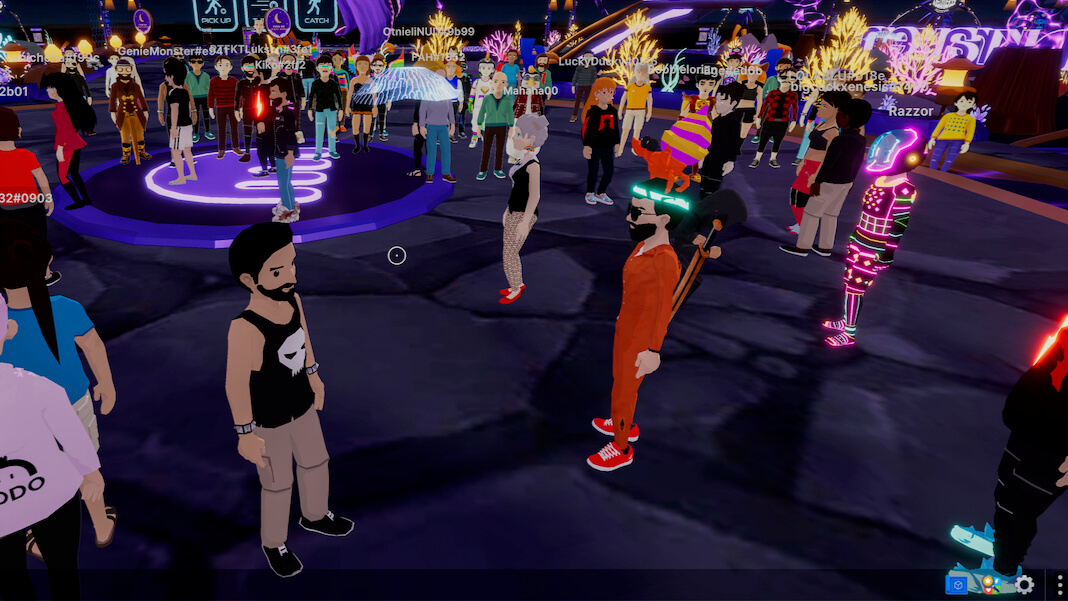 You may think the metaverse will be a bunch of interconnected virtual spaces—the world wide web but accessed through virtual reality. This is largely correct, but there is also a fundamental but slightly more cryptic side to the metaverse that will set it apart from today’s internet: the blockchain.

In the beginning, Web 1.0 was the information superhighway of connected computers and servers that you could search, explore and inhabit, usually through a centralized company’s platform—for example, AOL, Yahoo, Microsoft, and Google. Around the turn of the millennium, Web 2.0 came to be characterized by social networking sites, blogging, and the monetization of user data for advertising by the centralized gatekeepers to “free” social media platforms, including Facebook, SnapChat, Twitter, and TikTok.

Web 3.0 will be the foundation for the metaverse. It will consist of blockchain-enabled decentralized applications that support an economy of user-owned crypto assets and data.

Blockchain? Decentralized? Crypto assets? As researchers who study social media and media technology, we can explain the technology that will make the metaverse possible.

Blockchain is a technology that permanently records transactions, typically in a decentralized and public database called a ledger. Bitcoin is the most well-known blockchain-based cryptocurrency. Every time you buy some bitcoin, for example, that transaction gets recorded to the Bitcoin blockchain, which means the record is distributed to thousands of individual computers around the world.

This decentralized recording system is very difficult to fool or control. Public blockchains, like Bitcoin and Ethereum, are also transparent—all transactions are available for anyone on the internet to see, in contrast to traditional banking books.

Ethereum is a blockchain like Bitcoin, but Ethereum is also programmable through smart contracts, which are essentially blockchain-based software routines that run automatically when some condition is met. For example, you could use a smart contract on the blockchain to establish your ownership of a digital object, such as a piece of art or music, to which no one else can claim ownership on the blockchain—even if they save a copy to their computer. Digital objects that can be owned—currencies, securities, artwork—are crypto assets.

Items like artwork and music on a blockchain are nonfungible tokens (NFTs). Nonfungible means they are unique and not replaceable, the opposite of fungible items like currency—any dollar is worth the same as, and can be swapped with, any other dollar.

Importantly, you could use a smart contract that says you are willing to sell your piece of digital art for $1 million in ether, the currency of the Ethereum blockchain. When I click “agree,” the artwork and the ether automatically transfer ownership between us on the blockchain. There is no need for a bank or third-party escrow, and if either of us were to dispute this transaction—for example, if you claimed that I only paid $999,000—the other could easily point to the public record in the distributed ledger.

What does this blockchain crypto asset stuff have to do with the metaverse? Everything! To start, the blockchain allows you to own digital goods in a virtual world. You won’t just own that NFT in the real world, you’ll own it in the virtual world, too.

So what will you keep in your crypto wallet? You will obviously want to carry cryptocurrencies in the metaverse. Your crypto wallet will also hold your metaverse-only digital goods, such as your avatars, avatar clothing, avatar animations, virtual decorations, and weapons.

What will people do with their crypto wallets? Among other things, shop. Just as you likely do on the web now, you will be able to purchase traditional digital goods like music, movies, games, and apps. You’ll also be able to buy physical-world items in the metaverse, and you’ll be able to view and “hold” 3D models of what you are shopping for, which could help you make more informed decisions.

Also, just like you can use ye old leather wallet to carry your ID, crypto wallets will be linkable to real-world identities, which could help facilitate transactions that require legal verification, such as buying a real-world car or home. Because your ID will be linked to your wallet, you won’t need to remember login information for all the websites and virtual worlds that you visit—just connect your wallet with a click and you are logged in. ID-associated wallets will also be useful for controlling access to age-restricted areas in the metaverse.

Your crypto wallet could also be linked to your contacts list, which would allow you to bring your social network information from one virtual world to another. “Join me for a pool party in FILL IN THE BLANK-world!”

At some point in the future, wallets could also be associated with reputation scores that determine the permissions you have to broadcast in public places and interact with people outside of your social network. If you act like a toxic misinformation-spreading troll, you may damage your reputation and potentially have your sphere of influence reduced by the system. This could create an incentive for people to behave well in the metaverse, but platform developers will have to prioritize these systems.

Lastly, if the metaverse is money, then companies will certainly want to play too. The decentralized nature of blockchain will potentially reduce the need for gatekeepers in financial transactions, but companies will still have many opportunities to generate revenue, possibly even more than in current economies. Companies like Meta will provide large platforms where people will work, play, and congregate.

Major brands are also getting into the NFT mix, including Dolce & Gabbana, Coca-Cola, Adidas, and Nike. In the future, when you buy a physical world item from a company, you might also gain ownership of a linked NFT in the metaverse.

For example, when you buy that coveted name-brand outfit to wear to the real-world dance club, you might also become the owner of the crypto version of the outfit that your avatar can wear to the virtual Ariana Grande concert. And just as you could sell the physical outfit secondhand, you could also sell the NFT version for someone else’s avatar to wear.

These are a few of the many ways that metaverse business models will likely overlap with the physical world. Such examples will get more complex as augmented reality technologies increasingly come into play, further merging aspects of the metaverse and physical world. Although the metaverse proper isn’t here yet, technological foundations like blockchain and crypto assets are steadily being developed, setting the stage for a seemingly ubiquitous virtual future that is coming soon to a ‘verse near you.