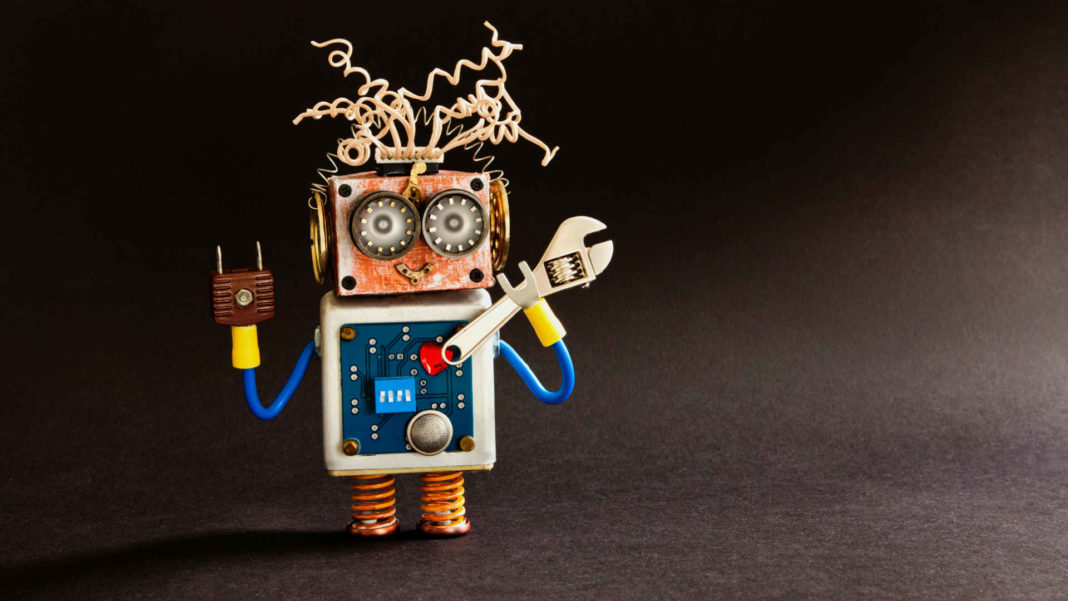 The science fiction multiverse is well populated by all manner of robots. Pick your favorite: Dr. Who fans may favor K9, the Time Lord’s mechanical mutt. Maybe the Transformers represent the coolest robots in the galaxy. The more literary-minded might prefer a character like R. Daneel Olivaw out of the Asimov universe.

Those of us from a certain generation, however, will always have an affection for the Laurel and Hardy of robots—C-3PO and RD-D2. George Lucas introduced his quirky, charismatic droids in 1977, forever influencing (one may argue) how popular culture (and even scientists) think about how robots should act and behave.

A new paper published last month in Science Robotics takes a certain amount of inspiration from the latest film in the Star Wars franchise to discuss how robots in a galaxy very, very close may someday interact with their environment. Well-known roboticist Robin Murphy out of Texas A&M University wrote that L3-37, a droid introduced in the new Han Solo flick, represents a key development in robotics: the ability to modify itself.

In the film, L3-37 is a fast-talking, spirited robot, strident in her support for droid independence. She can also modify her body, swapping various parts of different kinds of droids, as a way of evolving.

The ability to create self-modifying robots offers several advantages, argues Murphy, who has pioneered the field of rescue robotics. A self-modifying robot could make itself more efficient for a specific task, she wrote, adding: “This increase in functional efficiency adds an economic advantage over buying a new robot optimized for a single task.”

Another advantage is that a self-modifying robot could repair itself or work around damage, which is one of the Science journal’s grand challenges for roboticists, she wrote. It’s also a popular topic in science fiction.

In the dystopian vision featured in Automata, for example, Asimov’s Three Laws of Robotics gives way to a pair of rules: Robots may not harm any form of life, and they may not repair, modify, or alter themselves or other robots in any way. It’s the familiar trope: Humans, on the brink of extinction, fear their robotic creations will soon replace them.

While that may be true for Jacq Vaucan, the shaven-headed anti-hero played by Antonio Banderas, most robots on pre-dystopian Earth are still learning to walk.

Sure, there are robots that jump like a gymnast or disconcertingly open doors with ease. But these are mostly (but still impressive) one-trick robotic ponies. Even a clumsy droid like C-3PO knows (usually) when to duck under an obstacle, while R2-D2 can rollerblade down the back alleys of the Death Star or wobble awkwardly through the deserts of Tatooine.

Designing and building robots that can operate in a dynamic and diverse environment means that our future overlords will need to be able to learn to adapt.

It’s a bit painful to watch Dyret amble across a snow patch at first, but machine learning algorithms help the quadruped robot pick its way ever more carefully and confidently. It can shorten or lengthen its legs by several inches when necessary, learning the perfect gait for each step.

Self-modifying robots may eventually lead to radical new robot bodies being able to operate more effectively than more traditional robots in their environment, according to Jim Tørresen, a professor in the Research Group for Robotics and Intelligent Systems at the University of Oslo who helped develop Dyret.

“Robot applications operating [in] a varied and changing environment would benefit from self-modifying robots,” Tørresen told Singularity Hub by email. For example, he added, “a home service robot could adapt to flat floors, stairs, and gardens.”

While robotic locomotion is mind over matter, developing the hardware and components to allow the robot to evolve and adapt to its environment are as challenging as writing the machine learning algorithms that allow Dyret to learn on the go.

“It took a lot of time and creativity developing parts for an adaptable robot that both worked and was strong enough to withstand the applied load,” Tørresen notes. He says that Dyret is a real-world prototype with adaptable mechanics, and his team is sharing the robot’s design with others to further the research. “Conducting model simulations will only take future C-3POs so far,” he added.

“Parts of the robots and their behavior—mechanics, interaction, and more—are already available in today’s robots, while some of their advanced capabilities would not be possible in still many years,” he says. “The main challenge is to make robots able to solve tasks they have not been trained for.”

Before You Can Talk

In her Science Robotics article, Murphy notes there are several examples of how researchers have tackled self-modification, from robotic swarms to origami robots.

Even self-repair—banned in one cinematic universe, as we learned—is possible today. Murphy cited the example of a robotic system on the International Space Station. The robotic arm detached its independent robotic hand, Dextre, in order to replace a faulty video camera on the arm’s elbow. The operation, she noted, was not autonomous. Yet.

This is not Murphy’s first time navigating the Star Wars universe. In a February article in Science Robotics, she cut through the fanciful and the for-real in terms of robotic feasibility with C-3PO and R2-D2.

Take the way R2-D2 communicates, chirping and whistling like an aviary filled with a hundred different species of birds. On screen, he elicits sympathy from what seems like nonsensical chatter. In reality, researchers have previously found that people relate to nonverbal communication from robots.

“More delightfully, but just as important in effective communication, the beeps and whistles project mental state,” wrote Murphy, who added that the same research has “found that the types of beeps and whistles that facilitate the rebel-droid interaction can be effectively used by real robots in engaging children and adults.”

Rather than plugging the human race into a mega-battery array, robots are more likely to serve us in capacities such as elder care. A report in Reuters, for instance, about the graying of populations such as in Japan, may call upon an army of robots. The Japanese government, they reported, has been funding development of elder care robots to help fill a projected shortfall of 380,000 specialized workers by 2025.

It just goes to show that not every science fiction movie need end in the enslavement of humanity.

“Science fiction filmmakers have often had a focus on the dystopian side of robotics, and as such, I think and hope, that is far from what we would see in the future,” Tørresen said. “Robot manufacturers would target serving various needs at home and at work, and it will be those robots, [which] we as customers see as beneficial, that will become popular.”