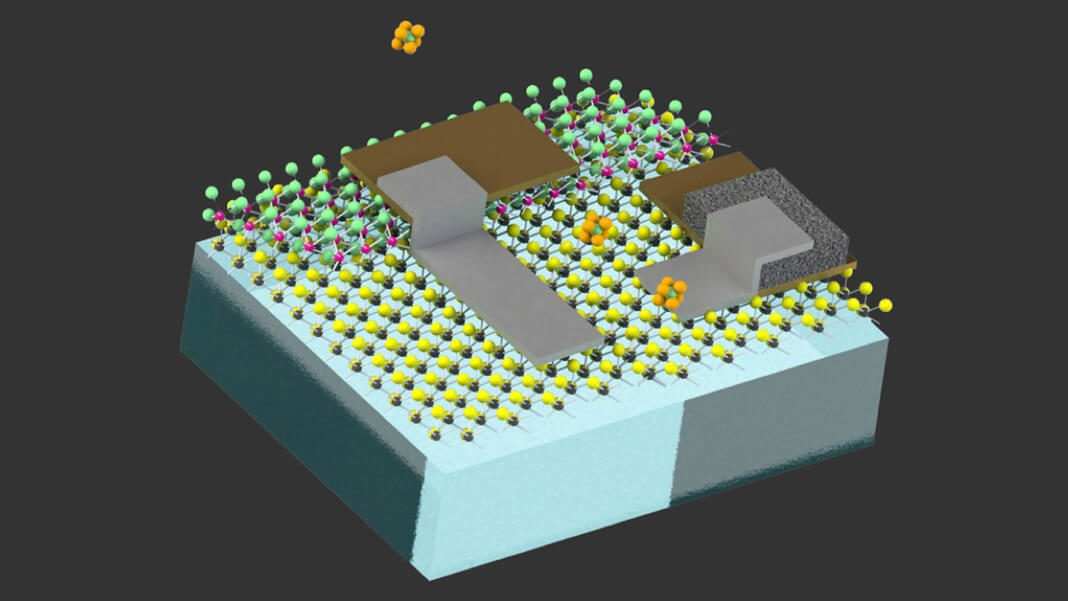 Robots are excellent tools for gathering information from areas humans can’t reach. And now new speck-sized machines from MIT could extend that capability to carrying out diagnostics inside the human body, wafting through the air to spot pollutants, or even detecting leaks in oil and gas pipelines.

These devices don’t really fit the conventional vision of what a robot looks like. The machines described in a recent paper in Nature Nanotechnology are actually just a collection of sensors, computation, and memory attached to tiny particles called colloids.

Roughly the size of a human egg cell, these colloids can remain suspended indefinitely in a liquid or even in air. Researchers say this allows the devices to travel much greater distances than most other micro or nanoscale robots designed to propel themselves through their local environments.

Colloids have been put to work by scientists before, but the researchers say this is the first time they’ve been combined with electronics. Getting electronics to adhere to such tiny particles is not trivial, because standard silicon electronics typically need to be attached to a flat surface and are also relatively power-hungry, making it challenging to power them.

So the researchers experimented with a variety of emerging thin-film electronic materials, including graphene, which remain attached to the colloids’ less uniform shape and also require a fraction of the power of conventional electronics.

This means they can be powered by harvesting light using a simple photodiode, an electronic component that generates a tiny electrical current when it absorbs photons. Apart from the power source, the researchers attached chemical sensors, logic components, and memory so the devices could collect, process, and store information about their environment.

The robots aren’t capable of actively transmitting this data, so the researchers also attached tiny reflectors that allow a laser-scanning device to locate them so that the data can then be read out. However, they plan to eventually add communication capabilities to future devices so they don’t have to be physically collected after carrying out their missions.

One potential application for these devices is monitoring airborne materials like bacteria, dust, or smoke over a large area. Most proposals for how to do this involve satellites, fleets of drones, or extensive networks of ground-based sensors.

But the researchers believe a much cheaper solution would be to simply disperse a “smart dust” consisting of their colloid-bots in the air instead. To test the idea, they sprayed the machines into a confined chamber, where they were able to detect the presence of a chemical called trimethylamine.

Another possible use for the mini-robots is for collecting information from inside normally-inaccessible and often fluid-filled areas like oil and gas conduit pipelines, chemical reactors, and even the human digestive system. So the researchers sprayed the devices into a pipe and then exposed them to pulses of ammonia vapor, which they were able to accurately detect.

A final possibility the researchers tested was to spray the bots onto a surface to detect buildup of harmful soot nanoparticles emitted by car engines, factories, and power plants. They applied the machines onto a flat surface then sprayed soot at three separate locations. They could then detect which areas the soot had landed in by reading out the data from the bots.

There’s still some way to go before these systems could be put to practical use. Perhaps the most tantalizing application is the promise of using them for diagnostics in the human body, and potentially more complex functions in the future.

But that would require rigorous toxicology studies, and it’s quite possible the inorganic materials used to build the bots will not be biocompatible. The current devices also don’t have any way of recording at what time a chemical was detected, which would be necessary to pinpoint where in the body it was detected.

Nevertheless, the functionality of these machines is considerably more advanced than previous efforts at building nanoscale robots, which typically don’t feature such a wide array of capabilities. Other approaches also frequently rely on there being specific chemicals in the environment to use as fuel or external magnetic fields.

As the researchers say, the combination of 2D electronics with colloidal particles opens up a new field in nanorobotics that holds considerable promise. It may not be long before “smart dust” is all around us, protecting us from pollution, poisons, and disease.