China Is Building a Fleet of Autonomous AI-Powered Submarines. Here Are the Details 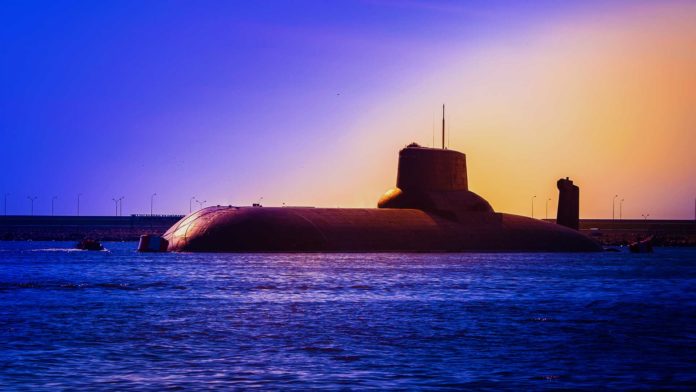 A fleet of autonomous, AI-powered submarines is headed into hotly-contested Asian waterways. The vehicles will belong to the Chinese armed forces, and their mission capabilities are likely to raise concerned eyebrows in surrounding countries.

According to the South China Morning Post (SCMP), the submarines will be able to carry out “[…] a wide range of missions, from reconnaissance to mine placement to even suicide attacks against enemy vessels.”

If all goes to plan, the first submarines will launch in 2020.

While details of the project remain sparse, one unnamed scientist told the SCMP that the submarines “will not be nuclear-armed.”

The onboard AI systems will be tasked with making decisions on course and depth to avoid detection as well as identifying any craft they come across. One area that has caused some concern is whether the submarines’ AI systems are being designed to not seek input during the course of a mission. In other words, if they will be left to make decisions such as whom to attack.

While there is some light to be had trying to find a name for the submarines’ capabilities (self-swimming?), China’s neighbors will likely be anything but amused by the news. The subs will likely patrol areas in the South China Sea and the Pacific Ocean. Both are contested waters where China and countries like Japan and Vietnam disagree as to who holds the rights to various resource-rich areas and islands. Recently, the Chinese military created artificial islands in the area to use as military bases.

The country’s robotic submarines could be seen as a further escalation of the situation.

Regional unease may be intensified by the fact that AI vessels would be able to learn from similar craft. In other words, the submarines would be able to engage in continuous strategic adjustment and development, should they come to be deployed in a conflict.

This is not the only military project involving autonomous vessels at sea. Lin Yang, marine technology equipment director at the Shenyang Institute of Automation, Chinese Academy of Sciences, told the SCMP that the Chinese development project had been launched in part because of similar measures undertaken by the US.

Earlier this year, DARPA handed the ASWACTUW (short for Anti-Submarine Warfare Continuous Trail Unmanned Vessel) experimental craft over to the US Navy. Once fully developed, the “Sea Hunter,” as it’s (thankfully) also known, will be able to carry out autonomous missions for up to three months at a time.

The video below shows a bit more about the project (Warning: soundtrack may confuse and make you think you’re watching a Transformers movie).

The US is also working with major defense contractors on two prototype autonomous submarine systems, coincidentally set to be ready by 2020: Lockheed Martin’s Orca system and Boeing’s Echo Voyager.

The Murky Waters Of AI Warfare

These developments add further fuel to the fiery debate surrounding the use of AI-driven weapons systems. In the case of the submarines, questions include what would happen if they were to potentially go rogue or become compromised, leading them to attach to the wrong goals.

As Jim Mattis put it in an interview about the use of AI and drones in warfare, “If we ever get to the point where it is completely on automatic pilot, we are all spectators. That is no longer serving a political purpose. And conflict is a social problem that needs social solutions, people—human solutions.”

Many echo such sentiments, and fear humans may be getting subtracted out of this particular equation. It is a worry that resounds within the AI industry, with dozens of CEOS—including Elon Musk—signing an open letter to the UN urging a ban on AI-powered weapons.

“Lethal autonomous weapons threaten to become the third revolution in warfare. Once developed, they will permit armed conflict to be fought at a scale greater than ever, and at timescales faster than humans can comprehend. These can be weapons of terror, weapons that despots and terrorists use against innocent populations, and weapons hacked to behave in undesirable ways. We do not have long to act. Once this Pandora’s box is opened, it will be hard to close,” the letter warns.