The 4 Waves of AI: Who Will Own the Future of Technology? 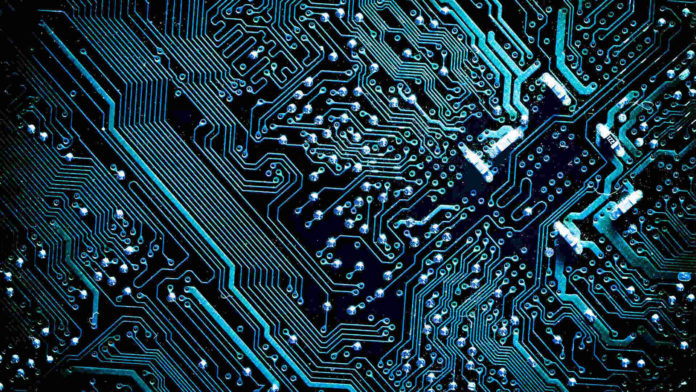 Kai-Fu Lee is one of the most plugged-in AI investors on the planet, managing over $2 billion between six funds and over 300 portfolio companies in the US and China.

Drawing from his pioneering work in AI, executive leadership at Microsoft, Apple, and Google (where he served as founding president of Google China), and his founding of VC fund Sinovation Ventures, Lee shares invaluable insights about:

With a foothold in both Beijing and Silicon Valley, Lee looks at the power balance between Chinese and US tech behemoths—each turbocharging new applications of deep learning and sweeping up global markets in the process.

In this post, I’ll be discussing Lee’s “Four Waves of AI,” an excellent framework for discussing where AI is today and where it’s going. I’ll also be featuring some of the hottest Chinese tech companies leading the charge, worth watching right now.

With Sino-US competition heating up, who will own the future of technology?

In this first stage of AI deployment, we’re dealing primarily with recommendation engines—algorithmic systems that learn from masses of user data to curate online content personalized to each one of us.

Think Amazon’s spot-on product recommendations, or that “Up Next” YouTube video you just have to watch before getting back to work, or Facebook ads that seem to know what you’ll buy before you do.

Powered by the data flowing through our networks, internet AI leverages the fact that users automatically label data as we browse. Clicking versus not clicking; lingering on a web page longer than we did on another; hovering over a Facebook video to see what happens at the end.

These cascades of labeled data build a detailed picture of our personalities, habits, demands, and desires: the perfect recipe for more tailored content to keep us on a given platform.

Currently, Lee estimates that Chinese and American companies stand head-to-head when it comes to deployment of internet AI. But given China’s data advantage, he predicts that Chinese tech giants will have a slight lead (60-40) over their US counterparts in the next five years.

While you’ve most definitely heard of Alibaba and Baidu, you’ve probably never stumbled upon Toutiao.

Starting out as a copycat of America’s wildly popular Buzzfeed, Toutiao reached a valuation of $20 billion by 2017, dwarfing Buzzfeed’s valuation by more than a factor of 10. But with almost 120 million daily active users, Toutiao doesn’t just stop at creating viral content.

And as users grow more engaged with Toutiao’s content, the company’s algorithms get better and better at recommending content, optimizing headlines, and delivering a truly personalized feed.

While internet AI takes advantage of the fact that netizens are constantly labeling data via clicks and other engagement metrics, business AI jumps on the data that traditional companies have already labeled in the past.

While we humans make predictions based on obvious root causes (strong features), AI algorithms can process thousands of weakly correlated variables (weak features) that may have much more to do with a given outcome than the usual suspects.

By scouting out hidden correlations that escape our linear cause-and-effect logic, business AI leverages labeled data to train algorithms that outperform even the most veteran of experts.

Apply these data-trained AI engines to banking, insurance, and legal sentencing, and you get minimized default rates, optimized premiums, and plummeting recidivism rates.

While Lee confidently places America in the lead (90-10) for business AI, China’s substantial lag in structured industry data could actually work in its favor going forward.

In industries where Chinese startups can leapfrog over legacy systems, China has a major advantage.

While Americans embraced credit and debit cards in the 1970s, China was still in the throes of its Cultural Revolution, largely missing the bus on this technology.

Fast forward to 2017, and China’s mobile payment spending outnumbered that of Americans’ by a ratio of 50 to 1. Without the competition of deeply entrenched credit cards, mobile payments were an obvious upgrade to China’s cash-heavy economy, embraced by 70 percent of China’s 753 million smartphone users by the end of 2017.

But by leapfrogging over credit cards and into mobile payments, China largely left behind the notion of credit.

And here’s where Smart Finance comes in.

An AI-powered app for microfinance, Smart Finance depends almost exclusively on its algorithms to make millions of microloans. For each potential borrower, the app simply requests access to a portion of the user’s phone data.

On the basis of variables as subtle as your typing speed and battery percentage, Smart Finance can predict with astounding accuracy your likelihood of repaying a $300 loan.

Such deployments of business AI and internet AI are already revolutionizing our industries and individual lifestyles. But still on the horizon lie two even more monumental waves— perception AI and autonomous AI.

In this wave, AI gets an upgrade with eyes, ears, and myriad other senses, merging the digital world with our physical environments.

As sensors and smart devices proliferate through our homes and cities, we are on the verge of entering a trillion-sensor economy.

Companies like China’s Xiaomi are putting out millions of IoT-connected devices, and teams of researchers have already begun prototyping smart dust—solar cell- and sensor-geared particulates that can store and communicate troves of data anywhere, anytime.

As Kai-Fu explains, perception AI “will bring the convenience and abundance of the online world into our offline reality.” Sensor-enabled hardware devices will turn everything from hospitals to cars to schools into online-merge-offline (OMO) environments.

Imagine walking into a grocery store, scanning your face to pull up your most common purchases, and then picking up a virtual assistant (VA) shopping cart. Having pre-loaded your data, the cart adjusts your usual grocery list with voice input, reminds you to get your spouse’s favorite wine for an upcoming anniversary, and guides you through a personalized store route.

While we haven’t yet leveraged the full potential of perception AI, China and the US are already making incredible strides. Given China’s hardware advantage, Lee predicts China currently has a 60-40 edge over its American tech counterparts.

Now the go-to city for startups building robots, drones, wearable technology, and IoT infrastructure, Shenzhen has turned into a powerhouse for intelligent hardware, as I discussed last week. Turbocharging output of sensors and electronic parts via thousands of factories, Shenzhen’s skilled engineers can prototype and iterate new products at unprecedented scale and speed.

With the added fuel of Chinese government support and a relaxed Chinese attitude toward data privacy, China’s lead may even reach 80-20 in the next five years.

Jumping on this wave are companies like Xiaomi, which aims to turn bathrooms, kitchens, and living rooms into smart OMO environments. Having invested in 220 companies and incubated 29 startups that produce its products, Xiaomi surpassed 85 million intelligent home devices by the end of 2017, making it the world’s largest network of these connected products.

One KFC restaurant in China has even teamed up with Alipay (Alibaba’s mobile payments platform) to pioneer a ‘pay-with-your-face’ feature. Forget cash, cards, and cell phones, and let OMO do the work.

But the most monumental—and unpredictable—wave is the fourth and final: autonomous AI.

Integrating all previous waves, autonomous AI gives machines the ability to sense and respond to the world around them, enabling AI to move and act productively.

While today’s machines can outperform us on repetitive tasks in structured and even unstructured environments (think Boston Dynamics’ humanoid Atlas or oncoming autonomous vehicles), machines with the power to see, hear, touch and optimize data will be a whole new ballgame.

Think: swarms of drones that can selectively spray and harvest entire farms with computer vision and remarkable dexterity, heat-resistant drones that can put out forest fires 100X more efficiently, or Level 5 autonomous vehicles that navigate smart roads and traffic systems all on their own.

While autonomous AI will first involve robots that create direct economic value—automating tasks on a one-to-one replacement basis—these intelligent machines will ultimately revamp entire industries from the ground up.

Kai-Fu Lee currently puts America in a commanding lead of 90-10 in autonomous AI, especially when it comes to self-driving vehicles. But Chinese government efforts are quickly ramping up the competition.

Aimed at increasing transit efficiency by up to 30 percent while minimizing fatalities, the project may one day allow autonomous electric vehicles to continuously charge as they drive.

A similar government-fueled project involves Beijing’s new neighbor Xiong’an. Projected to take in over $580 billion in infrastructure spending over the next 20 years, Xiong’an New Area could one day become the world’s first city built around autonomous vehicles.

Named “the best company I have ever encountered” by Chris Anderson, DJI owns an estimated 50 percent of the North American drone market, supercharged by Shenzhen’s extraordinary maker movement.

While the long-term Sino-US competitive balance in fourth wave AI remains to be seen, one thing is certain: in a matter of decades, we will witness the rise of AI-embedded cityscapes and autonomous machines that can interact with the real world and help solve today’s most pressing grand challenges.