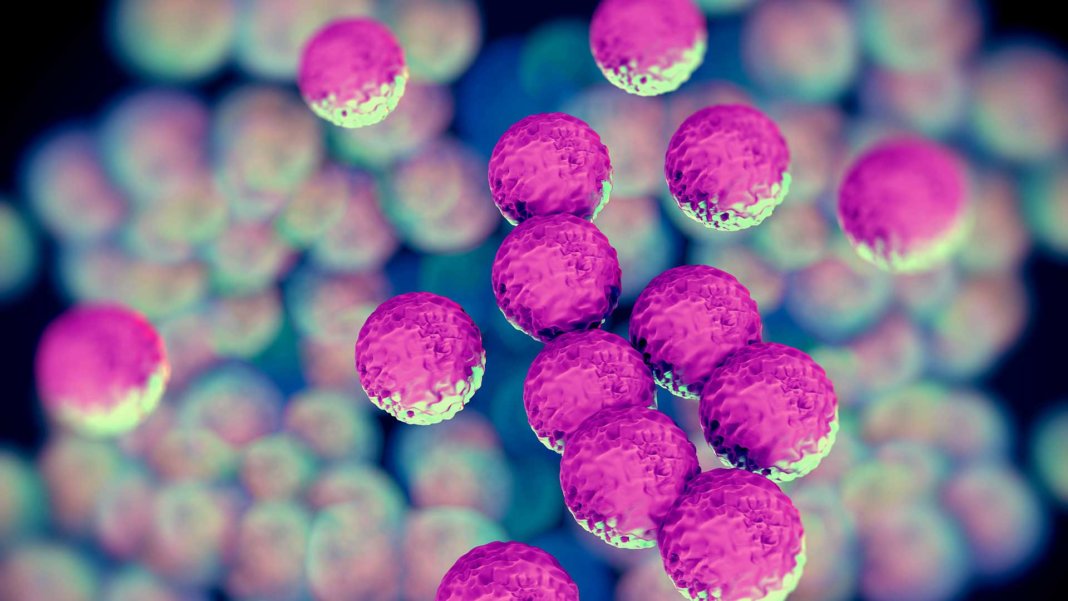 Hollywood is chockablock with movies about zombie apocalypses caused by some uncontrollable infection, while alarming real-world headlines proclaim the next superbug is just around the corner. It’s a wonder we’re not all germaphobes on the scale of Howard Hughes, the billionaire aviator and movie producer who famously wore tissue boxes on his feet (among other strategies) to protect them from germs.

The reality is that medical science has done an amazing job of saving millions of lives from menacing bacteria since the first person received penicillin for a streptococcal infection more than 75 years ago. However, like any organism, even single-celled bacteria can evolve.

The overuse and misuse of antibiotics are key factors behind the evolution of so-called superbugs, multiresistant bacteria that are growing harder and harder to kill. The phenomenon has led some to declare an end to the antibiotics era, as most of the mainstream drugs in use today date back to the 1960s. But novel therapies are beginning to emerge that may help establish a new front line in the war against superbugs.

“I believe that antibiotic development will remain incremental and always limited by resistance. I am a great believer in alternative approaches,” said R.E.W. “Bob” Hancock, a professor at the University of British Columbia in Vancouver, who serves as director of the Centre for Microbial Diseases and Immunity Research.

Hancock said by email to Singularity Hub that therapies targeting the immune system, such as probiotics, which can affect the community of “bugs” that live in the human gut, are among the more interesting areas of investigation today. Quite a bit of research on chronic disease is focused on how the microbiome interacts with the body well beyond gastrointestinal health, from autoimmune diseases to cognitive degeneration.

Now researchers are looking at how modulating, or changing, the gut microbiome could help give new life to some antibiotics. For instance, scientists at MIT released the results of a study this month showing that a combination of antibiotic drugs and probiotics, which are beneficial bacteria, could eradicate two strains of drug-resistant microbes that often infect wounds.

Of course, antibiotics can be indiscriminate killers, so the scientists encapsulated the probiotics in a material called alginate to protect them from the drugs. Alginate is a component of the biofilm that clumps bacteria together to shield them from antibiotics.

“I feel there is substantial potential in antibiotic adjuvants—compounds that enhance the activity of conventional antibiotics,” Hancock said, referring not just to probiotics but also to other agents that either enhance the body’s uptake of a drug or attack a different pathway in the bacterium that limit its activity.

Some of Hancock’s own research involves combining small proteins called peptides with antibiotics to boost the effectiveness of existing drugs. In particular, the study published this summer in PLOS Pathogens aimed to find new treatments for Escherichia coli and a group of pathogens referred to as ESKAPE, an acronym based on the first letter of six bacteria species: Enterococcus faecium, Staphylococcus aureus, Klebsiella pneumonia, Acinetobacter baumannii, Pseudomonas aeruginosa and Enterobacter. These account for more than 60 percent of all hospital infections.

The peptides help some antibiotics work better by stopping the bacteria’s ability to respond to stress by clumping together in biofilm communities. Hancock and his team found more than a half-dozen combinations  in lab and animal experiments that worked better than antibiotics alone.

“Next stages are finishing off our current work on formulations and co-developing them with commercial partners through a virtual spin-off, ABT Therapeutics,” Hancock said. Some possible applications include the treatment of sinus infections, developing enhanced wound dressings, and addressing antibiotic resistance in animals.

Each year about 2 million people in the US are infected by an antibiotic pathogen, and at least 23,000 of those people die each year, according to US Centers for Disease Control (CDC). The number of deaths around the world is about 700,000, the World Health Organization (WHO) has reported. Those numbers are expected to jump to 10 million people per year by 2050—more than those who are expected to die from cancer mid-century—if superbugs continue to spread.

Both the CDC and WHO have released their own versions of the FBI’s Most Wanted for bad bacteria in recent years. Many of the microbes of concern are gram-negative bacteria, referring to a stain test developed back in the 19th century for classifying different types of bacteria based on a chemical stain.

“The science [around] gram-negative bacteria is very difficult, and less than 10 percent of early development programs will ever result in an approved drug with clear evidence of value. So we need dozens of shots on goal in order to score.” That’s the assessment I got from an interview with Kevin Outterson, a law professor at Boston University who serves as executive director of CARB-X, a non-profit public-private partnership that has been bankrolled for more than $500 million to invest in new antibiotics, rapid diagnostics, preventatives, and other life-saving products to address superbugs.

CARB-X currently supports more than 30 projects in seven different countries. It is reviewing about 400 applications for funding in the new year.

Some bacterial infections, for example, take days to diagnose in order to prescribe the right treatment. CARB-X is investing as much as $1 million in a Scottish company called Proteus that is developing technology to detect bacterial infections in human lungs in just 60 seconds.

GlaxoSmithKline boasts the largest drug pipeline, with 55 R&D projects under way, including 28 in various clinical stages, according to the AMF benchmark. Nearly a dozen vaccines are in the works, including one that targets a bacteria behind traveler’s diarrhea. Meanwhile, a biotech startup called Forge Therapeutics out of San Diego—highlighted by AMF and funded, in part, by CARB-X—is developing a class of antibiotics called LpxC that inhibit zinc-containing enzymes that are essential to many gram-negative bacteria.

While progress is being made against superbugs, there is still much we don’t understand about their defenses and evolutionary pathways. For instance, researchers know that bacteriophages—viruses that infect bacteria—can transfer DNA from one microbe to another. This process, known as genetic transduction, is believed to be one of the major ways in which bacteria acquire antibiotic resistance.

Just this month, a paper in Science reported the discovery of a new mode of transduction for the first time in more than 60 years. The new mode, dubbed lateral transduction, appears to be the most powerful to date, transferring large sections of bacterial chromosomes between bacteria at very high rates.

Some superbugs just come prepackaged with antibiotic resistance at the start. We previously reported on an extremophile found deep within Carlsbad Caverns National Park in New Mexico that is resistant to 18 different antibiotics, including big guns like daptomycin, even though it has been isolated for millions of years until recently.

Experts like Outterson, while cautiously optimistic about our ability to develop new therapies, caution that other ways to slow the spread of superbugs is simply through more judicious use of current drugs.

“Every infection that is prevented slows the evolutionary response,” he said. “But we can never slow that rate to zero, because bacteria are continually creating new resistance mechanisms.  We will always need new antibiotics, but being careful through such things as responsible use, stewardship, and access, can greatly reduce the intensity of the problem.”