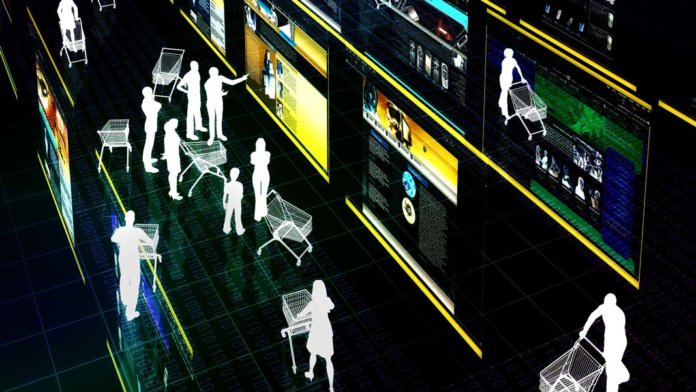 Converging exponential technologies will transform media, advertising and the retail world. The world we see, through our digitally-enhanced eyes, will multiply and explode with intelligence, personalization, and brilliance.

Last week, I discussed the what and how of Web 3.0 (also known as the Spatial Web), walking through its architecture and the converging technologies that enable it.

During the next two to five years, the convergence of 5G, AI, a trillion sensors, and VR/AR will enable us to both map our physical world into virtual space and superimpose a digital layer onto our physical environments.

Web 3.0 is about to transform everything—from the way we learn and educate, to the way we trade (smart) assets, to our interactions with real and virtual versions of each other.

And while users grow rightly concerned about data privacy and misuse, the Spatial Web’s use of blockchain in its data and governance layer will secure and validate our online identities, protecting everything from your virtual assets to personal files.

In this second installment of the Web 3.0 series, I’ll be discussing the Spatial Web’s vast implications for a handful of industries:

The news we listen to impacts our mindset. Listen to dystopian news on violence, disaster, and evil, and you’ll more likely be searching for a cave to hide in, rather than technology for the launch of your next business.

Today, different news media present starkly different realities of everything from foreign conflict to domestic policy. And outcomes are consequential. What reporters and news corporations decide to show or omit of a given news story plays a tremendous role in shaping the beliefs and resulting values of entire populations and constituencies.

But what if we could have an objective benchmark for today’s news, whereby crowdsourced and sensor-collected evidence allows you to tour the site of journalistic coverage, determining for yourself the most salient aspects of a story?

While traditional networks rely on a limited set of wired access points (or wireless hotspots), a wireless mesh network can connect entire cities via hundreds of dispersed nodes that communicate with each other and share a network connection non-hierarchically.

In short, this means that individual mobile users can together establish a local mesh network using nothing but the computing power in their own devices.

Take this a step further, and a local population of strangers could collectively broadcast countless 360-degree feeds across a local mesh network.

Imagine a scenario in which protests break out across the country, each cluster of activists broadcasting an aggregate of 360-degree videos, all fed through photogrammetry AIs that build out a live hologram of the march in real time. Want to see and hear what the NYC-based crowds are advocating for? Throw on some VR goggles and explore the event with full access. Or cue into the southern Texan border to assess for yourself the handling of immigrant entry and border conflicts.

Take a front seat in the Capitol during tomorrow’s Senate hearing, assessing each Senator’s reactions, questions and arguments without a Fox News or CNN filter. Or if you’re short on time, switch on the holographic press conference and host 3D avatars of live-broadcasting politicians in your living room.

We often think of modern media as taking away consumer agency, feeding tailored and often partisan ideology to a complacent audience. But as wireless mesh networks and agnostic sensor data allow for immersive VR-accessible news sites, the average viewer will necessarily become an active participant in her own education of current events.

And with each of us interpreting the news according to our own values, I envision a much less polarized world. A world in which civic engagement, moderately reasoned dialogue, and shared assumptions will allow us to empathize and make compromises.

The future promises an era in which news is verified and balanced; wherein public ledgers, AI, and new web interfaces bring you into the action and respect your intelligence—not manipulate your ignorance.

Bringing about the rise of ‘user-owned data’ and self-established permissions, Web 3.0 is poised to completely disrupt digital advertising—a global industry worth over 192 billion USD.

Currently, targeted advertising leverages tomes of personal data and online consumer behavior to subtly engage you with products you might not want, or sell you on falsely advertised services promising inaccurate results.

With a new Web 3.0 data and governance layer, however, distributed ledger technologies will require advertisers to engage in more direct interaction with consumers, validating claims and upping transparency.

And with a data layer that allows users to own and authorize third-party use of their data, blockchain also holds extraordinary promise to slash not only data breaches and identity theft, but covert advertiser bombardment without your authorization.

Accessing crowdsourced reviews and AI-driven fact-checking, users will be able to validate advertising claims more efficiently and accurately than ever before, potentially rating and filtering out advertisers in the process. And in such a streamlined system of verified claims, sellers will face increased pressure to compete more on product and rely less on marketing.

But perhaps most exciting is the convergence of artificial intelligence and augmented reality.

Imagine stepping into a department store in pursuit of a new web-connected fridge. As soon as you enter, your AR goggles register your location and immediately grant you access to a populated register of store products.

As you move closer to a kitchen set that catches your eye, a virtual salesperson—whether by holographic video or avatar—pops into your field of view next to the fridge you’ve been examining and begins introducing you to its various functions and features. You quickly decide you’d rather disable the avatar and get textual input instead, and preferences are reset to list appliance properties visually.

After a virtual tour of several other fridges, you decide on the one you want and seamlessly execute a smart contract, carried out by your smart wallet and the fridge. The transaction takes place in seconds, and the fridge’s blockchain-recorded ownership record has been updated.

Better yet, you head over to a friend’s home for dinner after moving into the neighborhood. While catching up in the kitchen, your eyes fixate on the cabinets, which quickly populate your AR glasses with a price-point and selection of colors.

But what if you’d rather not get auto-populated product info in the first place? No problem!

Now empowered with self-sovereign identities, users might be able to turn off advertising preferences entirely, turning on smart recommendations only when they want to buy a given product or need new supplies.

And with user-centric data, consumers might even sell such information to advertisers directly. Now, instead of Facebook or Google profiting off your data, you might earn a passive income by giving advertisers permission to personalize and market their services. Buy more, and your personal data marketplace grows in value. Buy less, and a lower-valued advertising profile causes an ebb in advertiser input.

With user-controlled data, advertisers now work on your terms, putting increased pressure on product iteration and personalizing products for each user.

This brings us to the transformative future of retail.

Personalized Retail–Power of the Spatial Web

In a future of smart and hyper-personalized products, I might walk through a virtual game space or a digitally reconstructed Target, browsing specific categories of clothing I’ve predetermined prior to entry.

As I pick out my selection, my AI assistant hones its algorithm reflecting new fashion preferences, and personal shoppers—also visiting the store in VR—help me pair different pieces as I go.

Once my personal shopper has finished constructing various outfits, I then sit back and watch a fashion show of countless Peter avatars with style and color variations of my selection, each customizable.

After I’ve made my selection, I might choose to purchase physical versions of three outfits and virtual versions of two others for my digital avatar. Payments are made automatically as I leave the store, including a smart wallet transaction made with the personal shopper at a per-outfit rate (for only the pieces I buy).

Already, several big players have broken into the VR market. Just this year, Walmart has announced its foray into the VR space, shipping 17,000 Oculus Go VR headsets to Walmart locations across the US.

And just this past January, Walmart filed two VR shopping-related patents. In a new bid to disrupt a rapidly changing retail market, Walmart now describes a system in which users couple their VR headset with haptic gloves for an immersive in-store experience, whether at 3am in your living room or during a lunch break at the office.

But Walmart is not alone. Big e-commerce players from Amazon to Alibaba are leaping onto the scene with new software buildout to ride the impending headset revolution.

Beyond virtual reality, players like IKEA have even begun using mobile-based augmented reality to map digitally replicated furniture in your physical living room, true to dimension. And this is just the beginning….

As AR headset hardware undergoes breakneck advancements in the next two to five years, we might soon be able to project watches onto our wrists, swapping out colors, styles, brand, and price points.

Or let’s say I need a new coffee table in my office. Pulling up multiple models in AR, I can position each option using advanced hand-tracking technology and customize height and width according to my needs. Once the smart payment is triggered, the manufacturer prints my newly-customized piece, droning it to my doorstep. As soon as I need to assemble the pieces, overlaid digital prompts walk me through each step, and any user confusions are communicated to a company database.

Perhaps one of the ripest industries for Spatial Web disruption, retail presents one of the greatest opportunities for profit across virtual apparel, digital malls, AI fashion startups and beyond.

In our next series iteration, I’ll be looking at the tremendous opportunities created by Web 3.0 for the Future of Work and Entertainment.