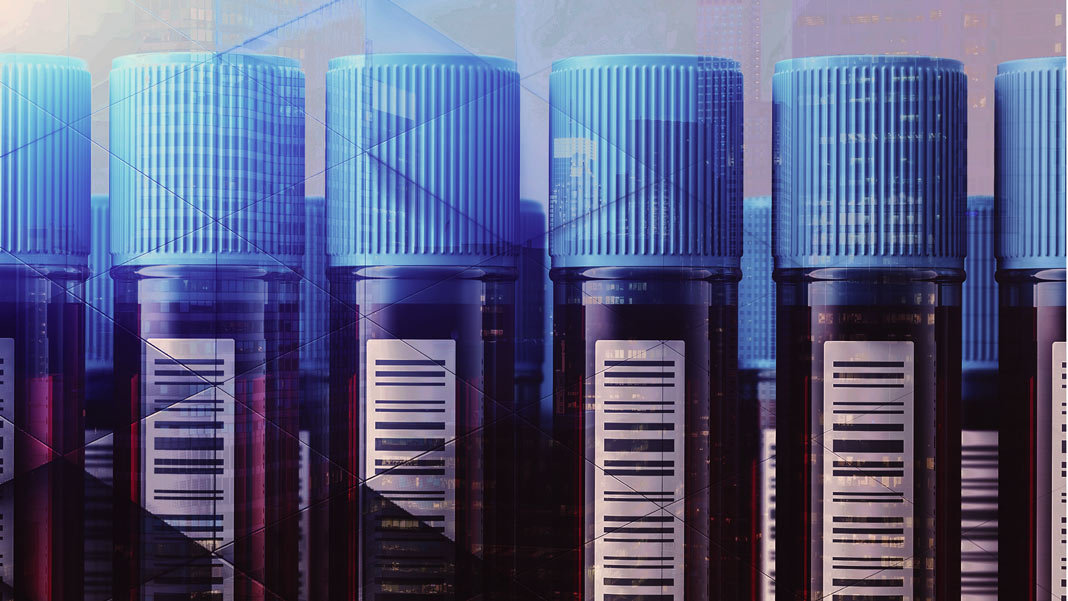 There are more than 1.1 million people in the US living with HIV, and 1 in 7 of them don’t even know they have it. Young people are the most likely to be unaware of their infections. Globally, there were approximately 36.9 million people living with HIV in 2017, an estimated 1.8 million of them children.

Early detection of HIV is critical in preventing disease progression and transmission. Modern medications can inhibit the virus, allowing people with HIV to live long and healthy lives, but first, they need accessible and reliable diagnostics.

According to a recently published paper in Nature Communications, investigators from Brigham and Women’s Hospital have come up with a mobile diagnostic tool for detecting HIV and monitoring its management.

With a single drop of blood, a 3D printed phone attachment can help identify the RNA nucleic acids of the virus.

The system detects HIV by studying the motion of bioengineered beads in a phone attachment. It also notably uses an alternative method for amplifying nucleic acids. Many scientists are already familiar with polymerase chain reaction (PCR), a method for duplicating a specific DNA segment. The researchers behind this study used loop mediated isothermal amplification (LAMP) instead, which is a faster method. LAMP’s rapid incubation time, efficiency, and specificity makes it particularly appropriate for point-of-care diagnostics, such as this phone-based system.

The system’s detection capability hinges on the use of micromotors. Tiny polystyrene beads move by themselves in a catalyzer. The system then studies the way that these micromotors interact with amplified nucleic acids. If HIV is present in the provided sample, it forms a tail on the micromotors that affects the motion.

The platform is expected to be particularly helpful in hard-to-reach areas where bulky medical equipment can’t be transported. The same type of technology could also be used to diagnose other viruses and bacteria rapidly and at a low cost.

When lives are on the line, detection precision is extremely important. This new platform detects HIV with 99 percent specificity. The material cost is less than $5 per test.

What does this mean for the world?

Given that antiretroviral drugs can control the virus and greatly reduce the risk of transmission, the continued suffering of those with HIV is in large part due to a lack of access to prevention, care, and treatment. A portable, fast, and low-cost diagnostic tool, powered in part by bioengineered catalytic motors, could be strategically essential.

Dr. Hadi Shafiee, co-author of the paper, is a faculty member at the Division of Engineering in Medicine and Renal Division of Medicine at Brigham and Women’s Hospital, Harvard Medical School, with an interest in developing innovative tools for global health. When I asked him about the platform, he said the world needs appropriate, low-cost diagnostics that measure viral load. Currently, viral load testing is complex, time-consuming, and expensive, which creates a significant barrier to diagnostics and treatment.

Shafiee described a scenario where a person might come from the middle of a jungle to a central lab somewhere in an African country, provide a blood sample, then have to leave because it takes time for the test to be performed—with no guarantee of being able to return for their test results and treatment information.

“There is a missed connection and then you cannot prescribe the right regimen,” explained Shafiee. “So the idea is that a health worker takes [the mobile device] in their backpack and goes to the site and gets the test done in less than an hour for a patient, and they make a decision right there.” The test can also be performed at a central lab or local physician’s office.

“Although we have a great treatment that works, a lot of people don’t have access to it, or when they get access to it, they don’t have the right regimens. So we get drug failure and drug resistance that adds to the complexity of the problem,” said Shafiee.

Hope For the Future

One day, it might also be possible to have an iteration of the kit that allows for self-testing. Over-the-counter technology or mail-in testing could correctly diagnose HIV, infectious diseases, and sexually transmitted diseases, providing a flexibility that is comparable to glucose meters or pregnancy tests already on the market. “That is doable, but going to take time,” Shafiee said.

Such technologies could be helpful in protecting privacy and working against stigma. For example, Shafiee pointed out that men actually contribute to 50 percent of infertility cases. However, the pressure is mostly on women, and when men go through the process of fertility testing in clinics, they often feel embarrassment.

A more private solution involving at-home analysis could reduce this problem. Shafiee expects that many similar diagnostic devices will hit the market in the future, addressing a wide range of medical needs.