Will Electric Planes Ever Happen? Here’s an Update on Their Status 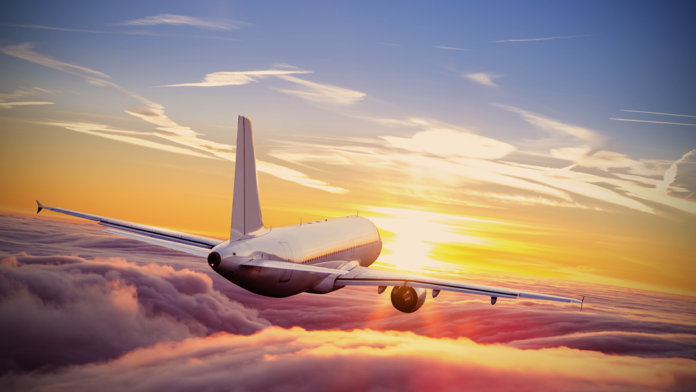 In 2015, airlines burned through 276 million tons of jet fuel. That’s roughly 7 percent of global oil products, and leads to direct emissions that make up 2.7 percent of global energy-related CO2 emissions. Worse yet, direct CO2 emissions are estimated to account for only half the sector’s total global warming impact, with other greenhouse gas emissions and the formation of contrails that trap heat in the atmosphere also having a large contribution.

Our jet-setting ways are causing serious damage to the planet, and growing demand for air travel means the damage is only going to get worse. One technology that promises a greener way to travel is electric aircraft—but how far off are they, and how big an impact could they have?

Planes are already getting more efficient; fuel is one of the most significant costs for airlines, so designers are heavily incentivized to squeeze as many miles out of each drop as possible. But those incremental improvements, roughly 2 percent a year, are being canceled out by the 4.5 percent annual growth in demand for air travel, say the authors of a new paper in Nature Energy.

Electric airplanes could remove all of these sources of global warming, says Andreas Schäfer, a professor at the UCL Energy Institute and lead author of the new study, which analyzes the potential economic and environmental impact of electric aviation. But there are major technical and economic challenges to overcome before electric planes can make up a significant proportion of the global fleet.

“These opportunities are vast and simply too large to ignore, but the challenge is getting there,” says Schafer. “And the single largest challenge is the battery itself.”

Battery power is a chicken and egg situation—boosting range requires more batteries, but that increases the weight of the plane reducing its range. To make all-electric aviation viable, the researchers say, the energy density of batteries will have to increase at least fourfold, from today’s 250 watt-hours per kilogram to 800 watt-hours per kilogram.

But with battery energy density increasing at only three to four percent a year, the researchers conceded that, barring a major breakthrough, it could be well into the second half of the century before that goal is reached. Given that most predictions require us to drastically cut emissions before 2050 to prevent catastrophic climate change, that might seem too little too late.

“It is certainly not a silver bullet because of the range limitation,” says Schafer. “If demand continues to grow by five percent per year and then electric aircraft come along, they may not even be able to get it back to the emissions level today because of this enormous compound growth in the sector.”

No Better Time Than the Present

But on current trajectories, we are almost certain to miss our climate goals. The growing popularity of solar geoengineering approaches that will slow warming but not limit CO2 emissions suggest we shouldn’t underestimate the potential need to reduce emissions later in the century.

That means we need to take action now to set us on the technology development pathway to make this possible. Advanced lithium-sodium battery technology could potentially get us there, the researchers believe, but more ambitious lithium-air batteries may be required to reach the stretch goal. And lighter electric motors that use yet-to-be-developed high-temperature superconductors may also be needed to keep the overall weight of planes within a reasonable range.

If that happens and we are able to develop such aircraft, the environmental impact could be significant—but the arithmetic is more complicated than you might think.

While electric aircraft will completely remove all direct emissions, the carbon footprint of an all-electric aviation industry will be dependent on the electricity we use to recharge and build batteries.

Using the 2015 figures for how CO2-intensive the grid is, all-electric aircrafts would actually generate more CO2 over their lifetimes than jet airplanes do. When non-CO2 impacts are taken into account, though, the impact on global warming is 30 percent less (and that gap will widen as the grid gets greener).

There’s also the question of making the technology commercially attractive. The researchers found that to make first-generation all-electric planes cost-effective, jet fuel prices would need to head north of $100 per barrel or electricity prices would need to drop below 4 to 6 cents per kWh.

This suggests policies like carbon taxes and significant support for low-carbon power may be required to stimulate the development of the technology and ensure it has the desired impact on climate change.

“I’m convinced that the power generation system is going to be cleaned up sooner than later,” says Schafer. “But ultimately, we need some kind of emissions trading in the interim that would allow electric aviation to be economically viable.”