Gene Drives Survived a Proposed UN Ban in 2018—What’s Next? 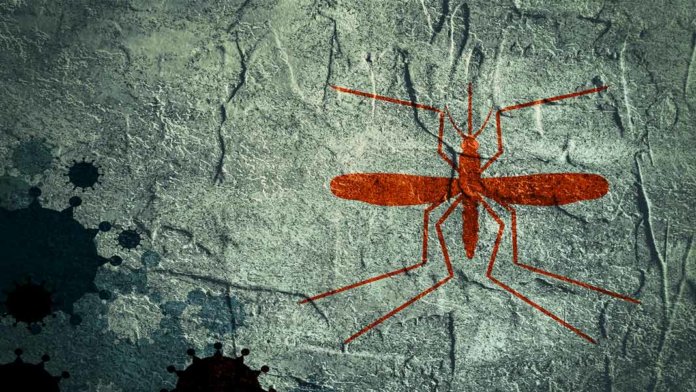 In September 2018, a lab-based study published in Nature Biotechnology confirmed what many had long believed possible. The experiment involved cages of a few hundred mosquitoes, free to fly around and reproduce—but with a twist.

Half of the male mosquitoes had their genomes modified using CRISPR-Cas9. The genome modification made little visible difference to the males, but it rendered female mosquitoes infertile. Thanks to a technique known as a gene drive, the researchers were able to force this characteristic to be inherited by the offspring from the modified males. Within around ten generations, the gene drive had spread to the entire population; and, with all the females now infertile, “complete population suppression” followed. The mosquitoes in the cage were extinct.

Prior to CRISPR, genetically modified plants or animals would struggle to impose their modifications on a “wild” population in this way. As only one of the two chromosomes is modified, and each parent contributes one copy of the chromosome each to the offspring, the offspring has a 50 percent chance of inheriting an ordinary mutation.

If the human race has a consistent enemy—a recurring, principal antagonist—it is malaria. Despite a huge campaign to reduce the spread of the disease and the development of effective treatments, it still kills around half a million people every year, predominantly children under five years old, who are most vulnerable. With gene drive techniques, we could—perhaps rapidly and inexpensively—wipe out malaria’s hosts for good, and consign it to the list of eradicated diseases along with smallpox.

A gene drive could also entail releasing genetically modified creatures en masse to sterilize and drive to extinction a species humans find inconvenient. And, if the technology can be used to wipe out mosquitoes, is there anything that could stop someone from attempting to wipe out the bumblebees instead?

These were just a tiny subset of the moral and ethical challenges faced by the United Nations’ Convention on Biological Diversity, which met last November in Egypt. There had already been vocal calls from some NGOs for a moratorium or complete ban on gene drives, including the ETC Group, which has raised concerns ranging from possible unintended consequences to misuse by big businesses or the military. The ETC Group has a long history of opposing what they see as misguided techno-fixes to societal and environmental problems, such as geoengineering.

The Challenges of Regulation

Large international organizations like the UN may prove to be humanity’s best—or only—tool for regulating these kinds of technologies, which could be unilaterally deployed by a single nation or organization but with global consequences. Yet they can also be unwieldy and slow to respond—more so even than national governments, as international consensus is required.

The pace of change of technology makes this difficult. In 2014, when the twelfth meeting of the Conference on Biodiversity (COP12) was held, gene drives that used CRISPR were largely hypothetical technologies that had not been demonstrated. A preliminary effort to ban gene drives at COP13 in 2016, at least until international rules governing their use had been established, was unsuccessful.

Since then, after only one UN meeting that really considered gene drives, they have already been deployed in the field. Oxitec, a British start-up that has received backing from the Gates Foundation, released its gene drive mosquitoes into the wild in Brazil last year, after several months of trials in the Cayman Islands had already drastically reduced local populations there. New Zealand’s effort to eradicate invasive species will likely involve gene drives in some form.

The very nature of gene drives, designed to force their genetically-modified characteristics into a population, could make their effects difficult or impossible to reverse. Weighing this potentially irreversible ecosystem modification against the potential to save the lives of thousands of children is not the kind of decision you want to make in a hurry—especially not with new information about the possible efficacy of gene drives being published all the time. Natural genetic variations could predominate over the gene drive; some species may be naturally resistant to the technique.

Nor is there any consensus about the type of gene drive that should be deployed. Wiping out mosquitoes entirely may seem drastic; some have sought to develop mosquitoes that are immune to malaria, although there are concerns that new strains of malaria may be able to adapt to this, leading us back to square one. Mosquitoes are also building up resistance to traditional insecticides used on mosquito nets. If natural selection is the enemy of attempts to eradicate malaria, might “unnatural selection” be the solution?

Target Malaria is one of the groups developing technologies that aim to reduce mosquito populations. There are more than 3,500 species of mosquito, but only a very small fraction carry diseases such as malaria; consequently, Target Malaria is currently targeting only three species: Anopheles gambiae, Anopheles coluzzii, and Anopheles arabiensis.

“So far there’s no evidence really that seems to show that Anopheles gambiae is a key species in the ecosystem,” Jonathan Kayondo, a member of Target Malaria’s scientific team, told Joss Fong of Vox. “There’s nothing that exclusively feeds on it. So I’m finding it hard to see how that would collapse the ecosystem.”

Target Malaria is acutely aware of the potential social and political issues associated with their work. After all, Western scientists are aiming to modify natural ecosystems in Africa, where malaria causes the most deaths in children. They might engineer cautiously, to minimize the risks of unintended consequences; but it is crucial that the population who stand to gain or lose the most from these experiments are the ones who make the decision. Their aim to phase in deployment of mosquitoes in Burkina Faso as early as 2024 is a delicate and fascinating project.

Many residents are keen to wipe out the hated disease once and for all; Dr Abdoulaye Diabaté, a pioneering entomologist from Burkina Faso, notes that “Most of us have been personally affected by the disease.” Explaining the nature of the technique and working alongside those who would be affected by it must remain crucial parts of their mission, particularly when previous GM crops that Monsanto attempted to sell to Burkina Faso resulted in a backlash as the quality of yield declined.

Unlike the recent experiment to genetically modify babies with CRISPR, which was roundly condemned by most scientists and ethicists, many scientists believe the potential benefits of gene drives justify further research at this stage.

Faced with these tricky decisions, COP14 in Egypt delivered a balanced verdict. Stopping short of an outright ban, they instead asked governments only to consider the use of gene drives under a limited range of circumstances. Scientists should carry out a full and thorough risk assessment of their actions, and attempt to minimize unintended consequences as far as possible—and they should seek to obtain prior and informed consent of the local communities that might be affected. They also stressed that further research into unintended consequences is needed.

This language was vague enough for both sides to declare victory. ETC Group, who had pushed for a ban, approved of the requirement to obtain consent from local populations before gene drives are used; they have a lever to try to persuade governments not to approve of the technology.

Target Malaria noted that “It ensures that research on gene drive applications, including potential experimental releases, can be pursued.” Delphine Theizy, head of stakeholder engagement, noted to Nature that “For our work, it won’t change anything.”

Taking a position at the extreme ends of this debate is easy; you can accuse your opponents of recklessly playing God, or callously refusing to use technologies that might save thousands of lives. What is more difficult is to attempt to make an informed, practical decision based on reason, and allowing for uncertainty.

The UN’s verdict on gene drives attempts to walk that tightrope of cautious progress, as decision-makers must surrounding dozens of emerging technologies. The debate isn’t going anywhere, nor are the technologies. It’s up to us to listen carefully to both sides, get informed, and make these decisions.