A Bus-Sized Robot Will Soon Be Mining the Ocean Floor 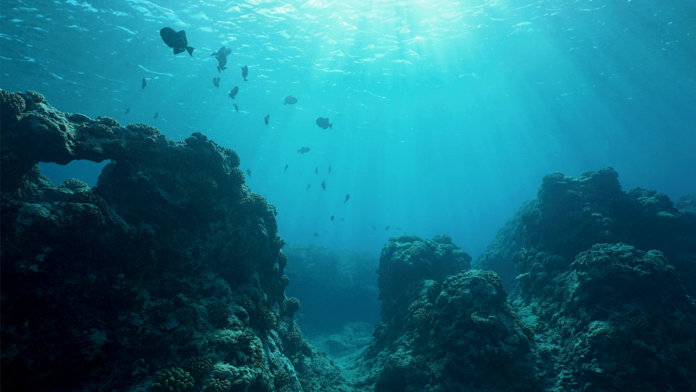 Four kilometers below sea level between Mexico and Hawaii sit vast deposits of rare metals central to technologies like renewable energy and computing. The deposits have long enticed entrepreneurs while confounding engineers tasked with finding ways of extracting the metals.

Now, a bus-sized robot is aiming to prove that it may hold the key to gathering the potato-sized, metal-rich nodules sitting on the seafloor, a prospect that is creating equal amounts of excitement and concern.

The robust robot in question is called the Patania II. A small factoid that may stand you in good stead in Trivial Pursuit: it’s named after the world’s fastest caterpillar.

Patania II is built by the Belgian company Global Sea Mineral Resources (GSMR), a subsidiary of the dredging and offshore company DEME. If everything goes according to plan, the 12-meter-long (39-foot) robot will descend four kilometers into the ocean in the so-called Clarion-Clipperton Zone (CCZ), a 1.7 million square mile abyssal plain.

Once it reaches the seabed, the Patania II, which looks a bit like the offspring of a bulldozer, a combine harvester, and a Roomba vacuum cleaner, will try to suck up metal-rich nodules through four vacuums as it traverses a 400-meter-long strip of sea floor. If successful, it will deposit the nodules at a designated spot, as its current iteration can’t transport them back to the surface.

As the name indicates, the Patania II is the second iteration of the craft, and GSMR plans to launch a third test vehicle in 2023 that will be able to bring the nodules up to awaiting surface ships.

The Clarion-Clipperton Zone is one of several ocean areas seemingly full of rare metals.

There are three main types of mineral-rich deposits that companies and countries are eyeing for possible extrapolation. One is the metallic nodules described above (a source of nickel, cobalt, copper, and manganese). The second are sulfides (copper, lead, zinc, gold, and silver), and the third is cobalt-rich manganese crust (cobalt, as well as vanadium, molybdenum, platinum, and tellurium).

Each kind of deposit is found in distinct habitats, and each will likely require specific technological equipment to extract it and get it to the ocean’s surface.

Many of the metals are rare, and they are used in different industries. For example, tellurium is used in the production of thin-film photovoltaic cells; vanadium is used in jet engines and superconducting magnets, while cobalt is used in metal alloys and its radioactive form can treat some cancers.

Early results from elsewhere in the Pacific have underscored the potential of these deposits.

In 2017, Japan became the first country in the world to mine its seabed. Near the island group of Okinawa, a machine somewhat similar to Patania II was lowered to a depth of about 1,600 meters, where it sucked up mineral ore before bringing it to the surface.

The Japanese authorities in charge of the project stated that the deposits where the test was conducted could hold zinc amounts equal to Japan’s annual consumption. The deposit is also rich in gold, copper, and lead.

Studies indicate that the area could contain up to 16 million tons of rare-earth oxides, including more than 500 years’ supply of metals like yttrium (used in electrodes, lasers, and superconductors), europium (quantum memory chips) and dysprosium (control rods for nuclear reactors, as well as data storage).

Japan conducted the test within territorial waters, otherwise known as the Exclusive Economic Zone, where national laws apply. The rules for mining in international waters are still being formulated by the International Seabed Authority (ISA).

The lack of international rules governing deep-sea mining is causing concern among ecologists and biologists. Individual scientists, organizations, and NGOs express worry about the potential effect of mining on fragile aquatic ecosystems and organisms that we are still in the process of discovering.

The abyssal plains in the CCZ where Patania II will operate are home to exotic life forms, many of which are likely still unknown.  Craig Smith, PhD in Oceanography at the University of Hawaii, has conducted biological surveys in the CCZ. One study found 330 species (more than two-thirds of which were previously unknown) in a 30- square- kilometer section of seafloor.

In 2015 a team visited the site of a previous test of deep-sea mining technology carried out off the coast of Peru in the 1980s. Andrea Koschinsky, a geochemist at Jacobs University in Bremen, Germany, described to Science how “It looked like the disturbance had taken place yesterday.”

A group of scientists will monitor Patania II’s test in the CCZ as part of the European-funded MiningImpact project, which looks to inform ISA’s ongoing regulation efforts.

ISA, which is set up under the United Nations, is charged with creating the legal framework for deep-sea mining in international waters.

While the rules are still in the drafting stage, several licenses for mining exploration have already been issued. The rules, which are not likely to be completed before 2021, will also have to include an enforcement aspect—the policing of deep-sea mining efforts. It is another area where NGOs are worried that legislators rushing to catch up to developing technology can cause issues.

Once the code and legislation are agreed upon, seabed mining would not necessarily start right away. ISA draft rules include guidelines stating that contractors will have to carry out an environmental impact assessment, as well as prove financial and technological capacity, before beginning actual mining efforts.

The controversy surrounding deep-sea mining has several dimensions, with parties on each side having good arguments (similar to many other technological developments).

Deep-sea mining could, when everything is tallied up, be more carbon-efficient than mining on land. For example, the average quality of on-land copper ore is continually falling. The poorer the quality of the ore, the more energy (and thereby carbon emissions) it takes to extract it. However, extracting the ore from the seabed could cause damage to ecosystems we know little about.

Then there is the question of whether the mining technology is ready to carry out its job while doing as little damage as possible. It will likely—no matter what the mining companies may argue—be a case of learning by doing.

If the Patania II test proves successful and Japan’s ongoing efforts also keep showing good results, deep-sea mining looks like another industry where technology seems to be outpacing legislation. An argument on the mining side for moving forward at speed is that the metals are vitally important for technologies that will enable a greener, more sustainable future. The counterargument is that we still don’t fully know the price we might have to pay, or what we can do to offset potential negative consequences.

The implications of rushing through legislation to keep up with technology apply in other areas, such as self-driving cars. In other words, there is a risk of technology being implemented before we fully understand it—and its effects.