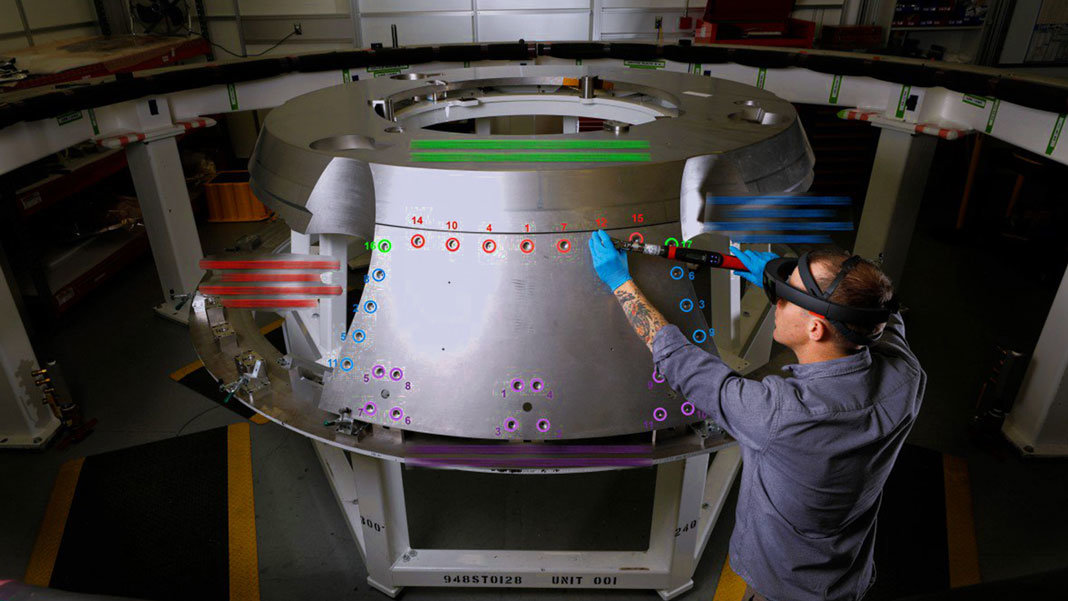 During a recent Lyft ride, I discovered that my driver had never been to San Francisco and had just arrived that morning—I happened to be his first-ever passenger in the city. A San Diego college student visiting a friend, he’d decided to bring his car along so he could get paid driving for Lyft while discovering San Francisco and meeting some locals.

Here was a professional driver being paid to deliver me from one place in my city to another, who had no understanding of the street names, which were the best routes across town, or how traffic might change throughout the day. Yet, of course, he delivered me safely, enjoyably, and promptly to my destination without even a slight setback. He even found a better route around some construction traffic that had built up on the way.

What made it possible for this San Francisco newcomer to perform his job so well? The superpowers of augmented reality in the form of GPS navigation like Google Maps and Waze.

My colleague, Jody Medich, often likes to remind people that GPS navigation is the forgotten but everyday example of augmented reality we use regularly. AR systems like these already give people superpower knowledge (as she describes it) to help them drive to new places.

Anyone will be able to access the right information to perform the right set of skills, whenever and wherever they need it. We’ll be living in a world of instant and on-demand experts.

“The whole point of augmented reality is that it’s interacting with your real reality. It’s merging virtual worlds and the power of computers with the world around you. It’s also an amazing and intuitive way to deliver information on demand,” said Scott Montgomerie, CEO and co-founder of Scope AR, an enterprise augmented reality company based in San Francisco.

Scope AR is one of several enterprise augmented reality companies making AR software that gives untrained technicians the information they need to perform tasks like equipment assembly, maintenance and repair, or customer support.

Montgomerie explained the company’s approach to me in the context of assembling Ikea furniture. Most people have had the experience of struggling with the paper instructions and confusing line diagrams.

“There is this mental mapping you have to do from the line drawing to the real world which can create errors and misunderstandings. But if you saw a [piece of] Ikea furniture built right in front of you, you probably wouldn’t mess it up,” he said (Note: Someone not affiliated with Ikea built a concept of what this could look like last year).

Montgomerie explained that for many of Scope AR’s clients, if a piece of equipment in a factory goes down, typically an expert who may know how to fix it is somewhere far away. In the past, most companies resolved this by flying that expert out to the location of the problem, but quite often, that problem may need just a simple fix if you know what to do.

With Scope AR, businesses can give the average non-expert employee on-demand knowledge with intuitive AR instructions. One of their products, called Remote AR, gives companies exactly this kind of augmented reality live support.

In one anecdote, Montgomerie described a customer who manufactures fast food kitchen appliances like deep fryers and ovens for clients including Burger King and McDonald’s. If one of their appliances breaks down, there’s not typically someone on site trained to do repairs.

That company relies on general contractors to show up to locate the problem, but often these contractors have never worked with the equipment before. As a result, the first-time diagnosis rate, the rate at which a company can locate the issue on the first try, has been low.

Now, onsite contractors can diagnose the problem with the help of a trained expert. Remote experts can virtually see the problem and explain how to fix the issue quickly and on the first visit.

And the results have been remarkable. According to Montgomerie, they’re now seeing a near 100 percent success rate for first-time diagnoses.

“In the old way of doing things, an engineer may start with a 3,000-page binder full of instructions for how to build a specific aspect of the spacecraft. A technician starts by going to the binder, looking up a table, finding the correct fastener, memorizing the torque setting, before then actually going in to tighten the fastener. Then quality assurance needs to come in and verify the work before they can move on,” Montgomerie explains.

That process was relatively tedious, slow, and susceptible to errors.

Now the workflow is designed with hands-free information viewed through a Microsoft HoloLens headset. In three-dimensional space with AR step-by-step instructions, the engineer can see exactly what they need to do, what the torque setting is, and where the fastener goes. They can then take a picture for quality assurance and immediately move on.

By replacing an exhaustive series of detailed paper instructions with AR instructions deployed on the HoloLens, Montgomerie said Lockheed Martin saw an 85 percent reduction in overall time for training. And, he said, Lockheed has replicated those efficiencies across a range of other manufacturing procedures with an average of 42 to 46 percent improvement.

With other major companies including Boeing, Airbus, and GE are also discovering productivity gains from augmented reality instructions, it’s likely many more manufacturing tasks will include some kind of augmented reality assistance in the future.

And for the average person at home, it’s likely not too long before you can get exactly the right information you need, layered on the real world in front of you, when and where you need it.