Coming of Age in the Age of AI: The First Fully Digital Generation 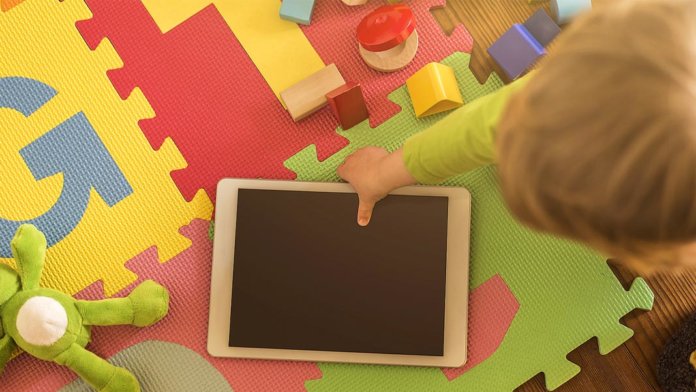 The first generation to grow up entirely in the 21st century will never remember a time before smartphones or smart assistants. They will likely be the first children to ride in self-driving cars, as well as the first whose healthcare and education could be increasingly turned over to artificially intelligent machines.

Futurists, demographers, and marketers have yet to agree on the specifics of what defines the next wave of humanity to follow Generation Z. That hasn’t stopped some, like Australian futurist Mark McCrindle, from coining the term Generation Alpha, denoting a sort of reboot of society in a fully-realized digital age.

“In the past, the individual had no power, really,” McCrindle told Business Insider. “Now, the individual has great control of their lives through being able to leverage this world. Technology, in a sense, transformed the expectations of our interactions.”

No doubt technology may impart Marvel superhero-like powers to Generation Alpha that even tech-savvy Millennials never envisioned over cups of chai latte. But the powers of machine learning, computer vision, and other disciplines under the broad category of artificial intelligence will shape this yet unformed generation more definitively than any before it.

What will it be like to come of age in the Age of AI?

The AI Doctor Will See You Now

Perhaps no other industry is adopting and using AI as much as healthcare. The term “artificial intelligence” appears in nearly 90,000 publications from biomedical literature and research on the PubMed database.

AI is already transforming healthcare and longevity research. Machines are helping to design drugs faster and detect disease earlier. And AI may soon influence not only how we diagnose and treat illness in children, but perhaps how we choose which children will be born in the first place.

A study published earlier this month in NPJ Digital Medicine by scientists from Weill Cornell Medicine used 12,000 photos of human embryos taken five days after fertilization to train an AI algorithm on how to tell which in vitro fertilized embryo had the best chance of a successful pregnancy based on its quality.

Investigators assigned each embryo a grade based on various aspects of its appearance. A statistical analysis then correlated that grade with the probability of success. The algorithm, dubbed Stork, was able to classify the quality of a new set of images with 97 percent accuracy.

“Our algorithm will help embryologists maximize the chances that their patients will have a single healthy pregnancy,” said Dr. Olivier Elemento, director of the Caryl and Israel Englander Institute for Precision Medicine at Weill Cornell Medicine, in a press release. “The IVF procedure will remain the same, but we’ll be able to improve outcomes by harnessing the power of artificial intelligence.”

Other medical researchers see potential in applying AI to detect possible developmental issues in newborns. Scientists in Europe, working with a Finnish AI startup that creates seizure monitoring technology, have developed a technique for detecting movement patterns that might indicate conditions like cerebral palsy.

Published last month in the journal Acta Pediatrica, the study relied on an algorithm to extract the movements from a newborn, turning it into a simplified “stick figure” that medical experts could use to more easily detect clinically relevant data.

The researchers are continuing to improve the datasets, including using 3D video recordings, and are now developing an AI-based method for determining if a child’s motor maturity aligns with its true age. Meanwhile, a study published in February in Nature Medicine discussed the potential of using AI to diagnose pediatric disease.

After being weaned on algorithms, Generation Alpha will hit the books—about machine learning.

China is famously trying to win the proverbial AI arms race by spending billions on new technologies, with one Chinese city alone pledging nearly $16 billion to build a smart economy based on artificial intelligence.

To reach dominance by its stated goal of 2030, Chinese cities are also incorporating AI education into their school curriculum. Last year, China published its first high school textbook on AI, according to the South China Morning Post. More than 40 schools are participating in a pilot program that involves SenseTime, one of the country’s biggest AI companies.

In the US, where it seems every child has access to their own AI assistant, researchers are just beginning to understand how the ubiquity of intelligent machines will influence the ways children learn and interact with their highly digitized environments.

Sandra Chang-Kredl, associate professor of the department of education at Concordia University, told The Globe and Mail that AI could have detrimental effects on learning creativity or emotional connectedness.

Similar concerns inspired Stefania Druga, a member of the Personal Robots group at the MIT Media Lab (and former Education Teaching Fellow at SU), to study interactions between children and artificial intelligence devices in order to encourage positive interactions.

Toward that goal, Druga created Cognimates, a platform that enables children to program and customize their own smart devices such as Alexa or even a smart, functional robot. The kids can also use Cognimates to train their own AI models or even build a machine learning version of Rock Paper Scissors that gets better over time.

“I believe it’s important to also introduce young people to the concepts of AI and machine learning through hands-on projects so they can make more informed and critical use of these technologies,” Druga wrote in a Medium blog post.

Druga is also the founder of Hackidemia, an international organization that sponsors workshops and labs around the world to introduce kids to emerging technologies at an early age.

“I think we are in an arms race in education with the advancement of technology, and we need to start thinking about AI literacy before patterns of behaviors for children and their families settle in place,” she wrote.

AI Goes Back to School

It also turns out that AI has as much to learn from kids. More and more researchers are interested in understanding how children grasp basic concepts that still elude the most advanced machine minds.

For example, developmental psychologist Alison Gopnik has written and lectured extensively about how studying the minds of children can provide computer scientists clues on how to improve machine learning techniques.

In an interview on Vox, she described that while DeepMind’s AlpahZero was trained to be a chessmaster, it struggles with even the simplest changes in the rules, such as allowing the bishop to move horizontally instead of vertically.

“A human chess player, even a kid, will immediately understand how to transfer that new rule to their playing of the game,” she noted. “Flexibility and generalization are something that even human one-year-olds can do but that the best machine learning systems have a much harder time with.”

Last year, the federal defense agency DARPA announced a new program aimed at improving AI by teaching it “common sense.” One of the chief strategies is to develop systems for “teaching machines through experience, mimicking the way babies grow to understand the world.”

Such an approach is also the basis of a new AI program at MIT called the MIT Quest for Intelligence.

The research leverages cognitive science to understand human intelligence, according to an article on the project in MIT Technology Review, such as exploring how young children visualize the world using their own innate 3D models.

“Children’s play is really serious business,” said Josh Tenenbaum, who leads the Computational Cognitive Science lab at MIT and his head of the new program. “They’re experiments. And that’s what makes humans the smartest learners in the known universe.”

In a world increasingly driven by smart technologies, it’s good to know the next generation will be able to keep up.