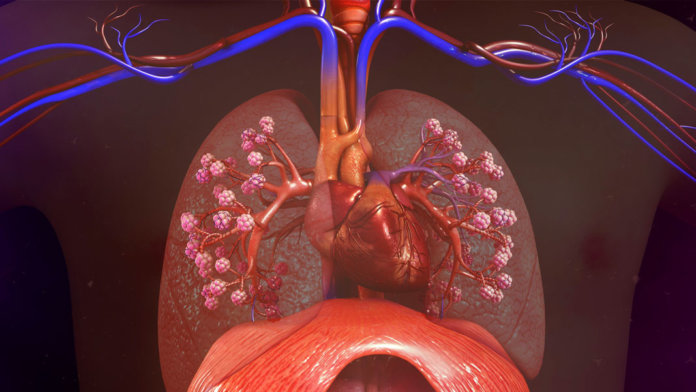 Regenerative medicine and stem cells are often uttered within the same breath, for good reason.

In animal models, stem cells have reliably reversed brain damage from Parkinson’s disease, repaired severed spinal cords, or restored damaged tissue from diabetes, stroke, blood cancers, heart disease, or aging-related tissue damage. With the discovery of induced pluripotent stem cells (iPSCs), in which skin and other tissue can be reversed into a stem cell-like state, the cells have further been adapted into bio-ink for 3D printing brand new organs.

Yet stem cells are hard to procure, manufacture, and grow. And unless they’re made from the patient’s own cell supply—massively upping production costs—they’re at risk of immune rejection or turning cancerous inside their new hosts.

Thinking outside the stem cell box, two teams have now explored alternative paths towards repairing damaged tissue, both inside and outside the body. The first, published in Nature, found that a tiny genetic drug fully restored heart function in a pig after an experimental heart attack.

Pig hearts are remarkably similar to human hearts in size, structure, and physiology, to the point that they may eventually become candidates for pig-to-human xenotransplants. Although it’ll “take some time before we can proceed to clinical trials,” said lead author Dr. Mauro Giacca from King’s College London, the drug—the first of its kind—is a promising move towards repairing heart damage directly inside patients.

The second study, outlined in Nature Communications, explores a radically different approach that restores damaged lungs, which can then be used for tissue transplantation. To address the pressing need for donor lungs, Dr. Matt Bachetta at Vanderbilt University and colleagues from Columbia University developed a new protocol that not only keeps donor pig lungs alive, but also repairs any damage sustained during the extraction process so that the organs meet every single criterion for transplantation.

Both ideas are universal in that they can potentially be expanded to other organs. Unlike stem cell treatments, they’re also “one size fits all” in that the therapies will likely benefit most patients without individual tailoring.

A Genetic Cure for Heart Attacks

To be clear, Giacca’s new treatment isn’t gene therapy, in that it doesn’t fundamentally change a heart’s genetic code.

Rather, it relies on weird little RNA fragments called microRNAs. Similar to RNA, which carries genetic code from DNA to our cells’ protein-making factories, these molecules are made up of four genetic letters and flow freely inside a cell.

Averaging just 22 letters, microRNAs powerfully control gene expression in that they can shut down a gene without changing its genetic code. Scientists don’t yet fully understand how microRNAs work. But humans have up to 600 different types of these regulators floating around our cells, and they’ve been linked to everything from cancer and kidney problems to brain development, transgenerational inheritance—and yes—heart disease.

These mysterious genetic drugs could meet a critical clinical need. Although modern medicine has ways to reduce damage from heart attacks, surviving patients still often retain permanent damage to the heart’s structure, Giacca explained. Unlike skin or liver cells, mature heart cells are stoic little buggers in that they don’t usually replenish themselves. This causes the heart to lose its ability to properly contract and pump blood, which eventually leads to heart failure.

Giacca’s team decided to see if they could kick mature heart cells back into dividing action, rather than forming scar tissue. Using a high-volume screen, they first looked through miRNAs that can stimulate mature heart cells to divide after a heart attack in mice. One promising candidate emerged: hsa-miRNA-199a-3p (yeah, catchy, I know).

Next, the team used a virus to deliver the microRNA candidate into the hearts of 25 pigs, which were subjected to an experimental heart attack that blocked blood flow to the heart for 90 minutes. The miRNA, restricted to only the heart, immediately worked its magic and shut down several genetic pathways. Although the heart still retained damage, measured two days following the heart attack, within a month it reduced scar tissue by 50 percent. The treated hearts were also far stronger in their ability to contract compared to non-treated hearts, and grew slightly in muscle size.

Under the microscope, the team found that the miRNA forced mature heart cells back into a younger state. The cells regained their ability to divide and supplement damaged tissue. It’s not an easy surgery: the team directly jabbed the heart 20 times with the virus to ensure that the organ evenly received the genetic drug.

The therapy also comes with a potentially troubling consequence. The team followed 10 pigs after the one-month mark. Although their heart functions readily improved, seven suddenly died from heart tremors within three to four weeks without any warning. Subsequent detective work revealed that it could be due to overgrowth of new heart cells. “The treatment needs careful dosing,” they concluded.

Despite these hiccups, the miRNA therapy is a welcome new addition to the heart regeneration family. “It is a very exciting moment for the field. After so many unsuccessful attempts at regenerating the heart using stem cells, which all have failed so far, for the first time we see real cardiac repair in a large animal,” said Giacca.

Bacchetta’s lung recovery team took a different approach. Rather than trying to directly repair lungs inside the body, they tackled another clinical problem: the lack of transplantable donor lungs.

Roughly 80 percent of donor lungs are too damaged for transplantation, said Bacchetta. Although there are many sources of trauma, including injuries from ventilators or fluid buildup inside the organ, the team focused on a major cause of damage: stomach contents.

Lungs are sensitive snowflakes. They’re extremely easily scuffed up by stuff that comes out of our stomachs, such as food particles, bile, gastric juices, and enzymes. If you’ve ever had a horrific hangover over the toilet…well, you know it burns. Usually our lungs can heal; but in the case of transplantation—right after death—they often don’t have the time to self-repair.

This lung shortage led Bacchetta’s team to look for alternative ideas. “We were … searching for a way to extend the ability to provide life-saving therapy to patients,” he said, a search that took seven years of banging their heads against a wall.

Then came the winning lightbulb moment: if man-made devices aren’t enough to repair lungs outside the body, what about the eventual recipient? After all, lungs don’t work alone—they thrive in a physiological milieu chock full of molecules that activate when the body senses injury.

“I decided, look, we’ve got to use the whole body. The only way to do that … was to use the potential donor recipient essentially as a bioreactor,” said Bacchetta.

The team first poured gastric acid into the lungs of an unconscious donor pig to mimic injury. After six hours, they extracted the damaged lung and placed it carefully into a warm, humidified sterile bowl—the organ chamber—and hooked the organ up to a ventilator. They then connected the lung’s blood vessels to the recipient’s circulation. This essentially uses the recipient to help break down toxic molecules in the injured lungs while supplying them with fresh nutrients and healing factors.

It sounds pretty gruesome, but the trick worked. When supplemented with a wash that rinsed out stomach juices, the lungs regenerated in just three days. Compared to non-treated lungs, their functions improved six-fold. The technique restored and maintained the function of donor lungs for up to 36 hours, but Bacchetta expects to further expand the “window” to days or even weeks.

“Our work has established a new benchmark in organ recovery,” said Bacchetta. “It has opened up new pathways for translational applications and basic science exploration.”

Neither study is perfect, but they represent new pathways into regenerative medicine outside stem cells. And when it comes to saving lives, it’s never good to put all eggs inside one (stem cell) basket, especially when the need is large, pressing, and unmet.