How Realistic Are the Global Climate Change Targets? New Research Weighs In 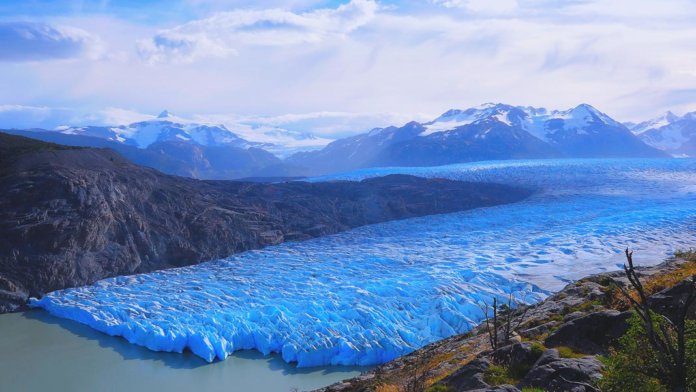 In 1896, Swedish scientist Svante Arrhenius pointed out that “the development of human industry” could introduce carbon dioxide to the atmosphere, trapping infrared radiation and warming the climate.

It took until 2015, when CO2 concentration had increased from 295ppm to 400ppm since Arrhenius’ time, for the Paris Agreement to set a target for the upper limit of warming that would be allowed: two degrees centigrade, with an aspirational target of 1.5 degrees centigrade. This level of warming, once considered the threshold for “dangerous climate change,” is now our goal. Even getting there won’t be easy.

A recent paper from Nature, in arguing that the 1.5C target is not yet impossible, demonstrated just how challenging it will be to hit that target.

1.5C Is (Probably) Possible, But Only Just

Imagine that, starting in 2019, all carbon-emitting infrastructure is phased out at the end of its lifetime. Any power plant that closes down, any car that breaks down or is sold, any plane, or any ship is either replaced by a zero-emitting alternative, or not replaced at all. Deforestation is stopped instantly (in reality, it’s still accelerating).

Any industry that currently emits carbon dioxide finds green alternatives or buries its emissions over the next few decades. Perhaps most dramatically, within a few years years all those methane-emitting livestock (cows and sheep) are either slaughtered, or their emissions are offset somehow.

If all of this is done, everywhere—and it would represent the most radical industrial transformation the world had ever seen—the paper argues we would have a 64 percent chance of hitting the 1.5C target.

This plan is not a realistic attempt to hit 1.5C; it’s just a demonstration that this is still physically possible. Most of the more realistic plans are based on Integrated Assessment Models, which take into account both climate and economic changes.

They also tend to lean more heavily on negative emissions, which would essentially entail creating an industry similar in size to the fossil fuel industry just to clean up its waste.

Some researchers have suggested a “carbon law”: halving emissions every decade, leading to an exponential decline in emissions and carbon neutrality by 2050 as carbon capture is ramped up. Carbon emissions would have to fall by six to seven percent. The record is 1.4 percent decline, set in 2009, mostly due to the financial crisis. Last year, emissions increased by 2.7 percent.

The IPCC’s 1.5C report, which has helped to trigger the recent and inspiring wave of climate activism, demonstrated that every fraction of a degree makes issues worse: extreme weather events become more frequent, agriculture becomes more difficult, and the risk of triggering harmful climate feedback becomes more and more likely. The closer we can get to these targets, the better.

Behind these ambitious global goals, the situation for individual countries can be even harder. That’s the message from a new study published in Earth’s Future. The authors imagined that China, the EU28, and the United States all adopted the Carbon Law as national policy, slashing carbon emissions in half each decade and reaching carbon neutrality.

Given that many of these countries, like India and Brazil, are developing economically and are likely to have higher energy demand in the future, this leaves them barely any room for that growth, unless it is all green growth.

The paper also notes that while renewables are getting cheaper than their fossil fuel alternatives and exciting technological breakthroughs are around the corner, deployment hasn’t moved the needle much. If you look at all the energy humans produce—including the large amounts that are wasted when fossil fuels are burned, converted into waste heat—then the renewable revolution from 2000-2016 means renewables account for just 2.6 percent of total energy.

The Paris Agreement is intended to operate by a “ratchet” mechanism. Rather than imposing top-down emissions targets for each country, countries are instead free to make their own pledges and decide their own levels of ambition. The aim is that, as mitigation efforts continue, countries will contribute more and more ambitious pledges to do their own part. This avoids the thorny issues of imposing rules on countries (with, presumably, fines or sanctions if they fail to meet their targets) and how to divide up the world’s remaining carbon budget.

Previous attempts at global climate agreements fell apart over precisely these issues. Issues of global equity in climate change are stark. After all, rich nations have profited the most from burning fossil fuels, contributed most to the problem, and in most cases still have the highest emissions in the world. At the same time, the impacts and damages are disproportionately felt by poorer nations. Rich nations are also in more of a position to act.

Yet when you look at the Paris Agreement goals set so far, divided up with some notion of fairness, it is arguably only developing countries that are pulling their weight.

Who Will We Be?

The road ahead is difficult, but there are tools at our disposal. As industries like transport and manufacturing become electrified, we lift those barriers that are slowing decarbonization. Energy storage and energy efficiency are also seeing rapid improvements.

But alongside rapid improvements in technology, we need rapid improvements in ambition. Wealthy, developed nations need to develop and share the technologies, and set the course, for the rest of the world to follow. This will include electrifying infrastructures, balancing supply and demand on new grids, pursuing energy storage, new and more efficient nuclear builds, as well as negative emissions and carbon capture and storage. We can no longer afford to debate which technology provides the solution. There are no silver bullets: we need them all.

It is ultimately a question of who we choose to be as a species. Will we clean up our own messes, or offload the responsibility and the damage onto future generations, or poorer nations? Will we use the enormous power and potential that we have—through science, and through the natural abundance here on Earth—to build something sustainable, collaborative, and joyful, or something destructive, competitive, and ultimately more painful for everyone? Each and every one of us can contribute to answering this question.