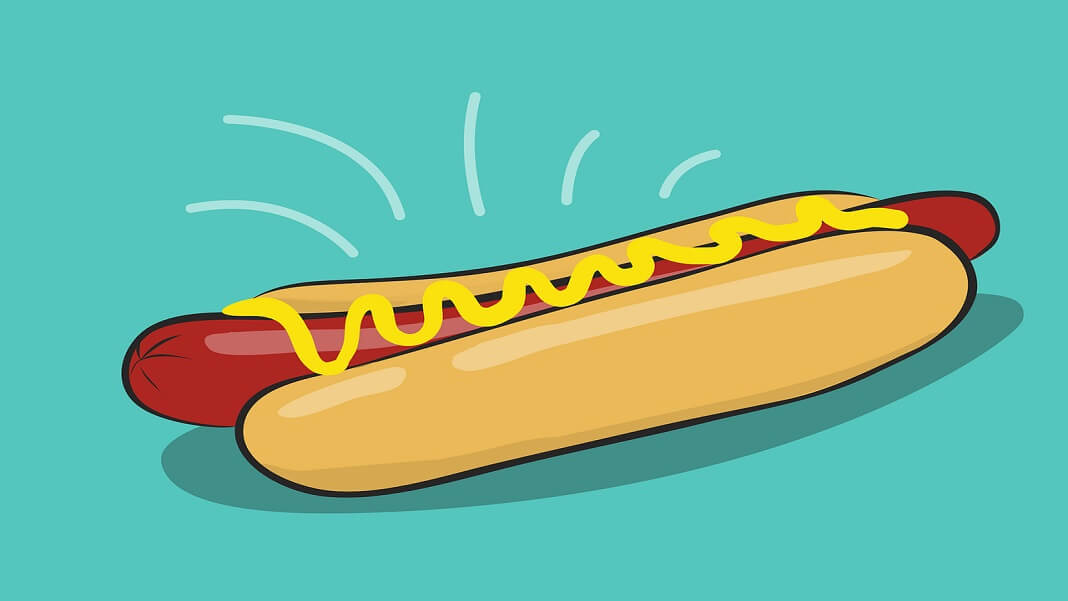 The list of things robots can do seems to be growing by the week. They can play sports, help us explore outer space and the deep sea, take over some of our boring everyday tasks, and even assemble Ikea furniture.

Now they can add one more accomplishment to the list: grilling and serving a hot dog.

It seems like a pretty straightforward task, and as far as grilling goes, hot dogs are about as easy as it gets (along with, maybe, burgers? Hot dogs require more rotation, but it’s easier to tell when they’re done since they’re lighter in color).

Let’s paint a picture: you’re manning the grill at your family’s annual Fourth of July celebration. You’ve got a 10-pack of plump, juicy beef franks and a hungry crowd of relatives whose food-to-alcohol ratio is getting pretty skewed—they need some solid calories, pronto. What are the steps you need to take to get those franks from package to plate?

Each one needs to be placed on the grill, rotated every couple minutes for even cooking, removed from the grill when you deem it’s done, then—if you’re the kind of guy or gal who goes the extra mile—placed in a bun and dressed with ketchup, mustard, pickles, and the like before being handed over to salivating, too-loud Uncle Hector or sweet, bored Cousin Margaret.

While carrying out your grillmaster duties, you know better than to drop the hot dogs on the ground, leave them cooking on one side for too long, squeeze them to the point of breaking or bursting, and any other hot-dog-ruining amateur moves.

But for a robot, that’s a lot to figure out, especially if they have no prior knowledge of grilling hot dogs (which, well, most robots don’t).

As described in a paper published in this week’s Science Robotics, a team from Boston University programmed two robotic arms to use reinforcement learning—a branch of machine learning in which software gathers information about its environment then learns from it by replaying its experiences and incorporating rewards—to cook and serve hot dogs.

The team used a set of formulas to specify and combine tasks (“pick up hot dog and place on the grill”), meet safety requirements (“always avoid collisions”), and incorporate general prior knowledge (“you cannot pick up another hot dog if you are already holding one”).

Baxter and Jaco—as the two robots were dubbed—were trained through computer simulations. The paper’s authors emphasized their use of what they call a “formal specification language” for training the software, with the aim of generating easily-interpretable task descriptions. In reinforcement learning, they explain, being able to understand how a reward function influences an AI’s learning process is a key component in understanding the system’s behavior—but most systems lack this quality, and are thus likely to be lumped into the ‘black box’ of AI.

The robots’ decisions throughout the hot dog prep process—when to turn a hot dog, when to take it off the grill, and so on—are, the authors write, “easily interpretable from the beginning because the language is very similar to plain English.”

Besides being a step towards more explainable AI systems, Baxter and Jaco are another example of fast-food robots—following in the footsteps of their burger and pizza counterparts—that may take over some repetitive manual tasks currently performed by human workers. As robots’ capabilities improve through incremental progress like this, they’ll be able to take on additional tasks.

In a not-so-distant future, then, you just may find yourself throwing back drinks with Uncle Hector and Cousin Margaret while your robotic replacement mans the grill, churning out hot dogs that are perfectly cooked every time.