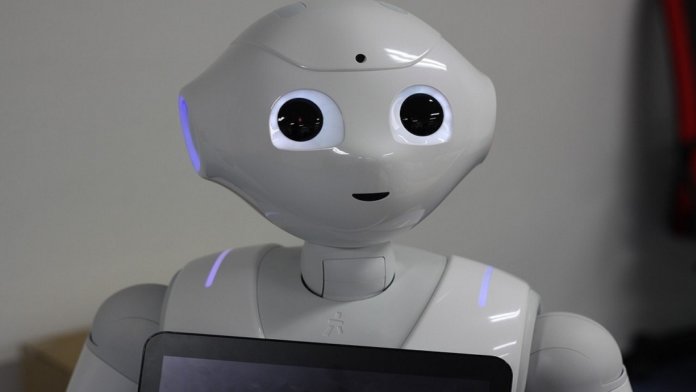 As countless robots work behind the scenes to stock shelves, serve customers, and deliver products to our doorstep, the speed of retail will accelerate.

These changes are already underway. In this blog, we’ll elaborate on how robots are entering the retail ecosystem.

On August 3rd, 2016, Domino’s Pizza introduced the Domino’s Robotic Unit, or “DRU” for short. The first home delivery pizza robot, the DRU looks like a cross between R2-D2 and an oversized microwave.

LIDAR and GPS sensors help it navigate, while temperature sensors keep hot food hot and cold food cold. Already, it’s been rolled out in ten countries, including New Zealand, France, and Germany, but its August 2016 debut was critical—as it was the first time we’d seen robotic home delivery.

And it won’t be the last.

A dozen or so different delivery bots are fast entering the market. Starship Technologies, for instance, a startup created by Skype founders Janus Friis and Ahti Heinla, has a general-purpose home delivery robot. Right now, the system is an array of cameras and GPS sensors, but upcoming models will include microphones, speakers, and even the ability—via AI-driven natural language processing—to communicate with customers. Since 2016, Starship has already carried out 50,000 deliveries in over 100 cities across 20 countries.

Along similar lines, Nuro—co-founded by Jiajun Zhu, one of the engineers who helped develop Google’s self-driving car—has a miniature self-driving car of its own. Half the size of a sedan, the Nuro looks like a toaster on wheels, except with a mission. This toaster has been designed to carry cargo—about 12 bags of groceries (version 2.0 will carry 20)—which it’s been doing for select Kroger stores since 2018. Domino’s also partnered with Nuro in 2019.

As these delivery bots take to our streets, others are streaking across the sky.

Back in 2016, Amazon came first, announcing Prime Air—the e-commerce giant’s promise of drone delivery in 30 minutes or less. Almost immediately, companies ranging from 7-Eleven and Walmart to Google and Alibaba jumped on the bandwagon.

While critics remain doubtful, the head of the FAA’s drone integration department recently said that drone deliveries may be “a lot closer than […] the skeptics think. [Companies are] getting ready for full-blown operations. We’re processing their applications. I would like to move as quickly as I can.”

While delivery bots start to spare us trips to the store, those who prefer shopping the old-fashioned way—i.e., in person—also have plenty of human-robot interaction in store. In fact, these robotics solutions have been around for a while.

In 2010, SoftBank introduced Pepper, a humanoid robot capable of understanding human emotion. Pepper is cute: 4 feet tall, with a white plastic body, two black eyes, a dark slash of a mouth, and a base shaped like a mermaid’s tail. Across her chest is a touch screen to aid in communication. And there’s been a lot of communication. Pepper’s cuteness is intentional, as it matches its mission: help humans enjoy life as much as possible.

Over 12,000 Peppers have been sold. She serves ice cream in Japan, greets diners at a Pizza Hut in Singapore, and dances with customers at a Palo Alto electronics store. More importantly, Pepper’s got company.

Yet the biggest benefit robots provide might be in-warehouse logistics.

In 2012, when Amazon dished out $775 million for Kiva Systems, few could predict that just 6 years later, 45,000 Kiva robots would be deployed at all of their fulfillment centers, helping process a whopping 306 items per second during the Christmas season.

And many other retailers are following suit.

Order jeans from the Gap, and soon they’ll be sorted, packed, and shipped with the help of a Kindred robot. Remember the old arcade game where you picked up teddy bears with a giant claw? That’s Kindred, only her claw picks up T-shirts, pants, and the like, placing them in designated drop-off zones that resemble tiny mailboxes (for further sorting or shipping).

The big deal here is democratization. Kindred’s robot is cheap and easy to deploy, allowing smaller companies to compete with giants like Amazon.

For retailers interested in staying in business, there doesn’t appear to be much choice in the way of robotics.

By 2024, the US minimum wage is projected to be $15 an hour (the House of Representatives has already passed the bill, but the wage hike is meant to unfold gradually between now and 2025), and many consider that number far too low.

Yet, as human labor costs continue to climb, robots won’t just be coming, they’ll be here, there, and everywhere. It’s going to become increasingly difficult for store owners to justify human workers who call in sick, show up late, and can easily get injured. Robots work 24-7. They never take a day off, never need a bathroom break, health insurance, or parental leave.

Going forward, this spells a growing challenge of technological unemployment (a blog topic I will cover in the coming month). But in retail, robotics usher in tremendous benefits for companies and customers alike.

And while professional re-tooling initiatives and the transition of human capital from retail logistics to a booming experience economy take hold, robotic retail interaction and last-mile delivery will fundamentally transform our relationship with commerce.

This blog comes from The Future is Faster Than You Think—my upcoming book, to be released Jan 28th, 2020. To get an early copy and access up to $800 worth of pre-launch giveaways, sign up here!

(Both A360 and Abundance-Digital are part of Singularity University — your participation opens you to a global community.)