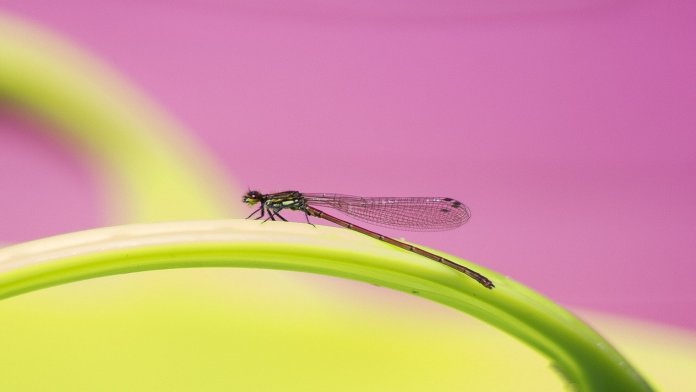 Imagine a world where a mosquito bite is just an itchy annoyance. No malaria. No dengue fever.

Last month, scientists announced they had taken one more step toward that vision. A paper in the journal PLOS Pathogens described how they synthetically engineered mosquitoes to stop the spread of dengue fever, a viral tropical disease that sickens as many as 100 million people each year.

Now imagine genetically tweaking an invasive species of mosquito to save native Hawaiian birds from extinction, or transferring genes from one species of endangered chestnut tree to another to help the latter resist blight. Employing the same sort of genetic engineering used to make a plant-based burger bleed, scientists are beginning to explore the ways synthetic biology could help protect biodiversity and conserve species.

Synthetic biology, or synbio, employs the latest and greatest gene-editing tools, such as the “cut-and-paste” technology known as CRISPR-Cas9. Combined with new techniques to digitize and automate the design and modeling of various genetic elements, scientists can now engineer organisms to produce novel food ingredients or to rewire the switches that express genes that control certain functions.

In the case of those dengue-carrying mosquitoes, scientists genetically tweaked members of the Aedes aegypti species by transferring genes from the human immune system that create an antibody to suppress dengue fever into the blood-sucking insect. The antibody is activated and expressed once the female mosquito draws blood. In effect, the mosquito is “cured” of dengue fever before it can transmit the disease.

The next step would be to propagate the new genetic element to confer dengue immunity through a population. That’s where a gene drive comes in. Gene drive systems, which can be natural or synthetically engineered, skew inheritance of a certain genetic element so that it will spread more quickly through generations.

The idea is to bypass normal inheritance rules—that classic Darwinian concept that inheritance is driven by genetic variations that improve an organism’s ability to compete in a dog-eat-dog world—so that re-engineered traits become dominant.

In terms of conservation, synbio could potentially address several areas of concern, such as curbing invasive species, reducing pressures from wildlife trade, improving resistance to disease, and even bringing a species back from the brink of extinction.

Biologists at the University of California San Diego (UCSD), who also led the team that wrote the PLOS Pathogens paper on mosquitoes, developed a novel gene drive system for manipulating genetic inheritance in Drosophila suzukii, a fruit fly with the common name spotted-wing drosophila.

This particular pest, native to Japan and first discovered in the US in 2008, injects its eggs into soft ripening fruit like berries. Current practices to defend against spotted-wing drosophila rely on either heavy insecticide use or early harvesting. It’s estimated the pest costs the US economy as much as $700 million each year in losses.

The engineered gene drive from UCSD, dubbed Medea after the character in Greek mythology that killed her offspring, uses a synthetic “toxin” and a corresponding “antidote” function to achieve 100 percent inheritance bias in less than 20 generations.

This genetic Trojan Horse could then be used to spread elements that confer susceptibility to certain environmental factors, such as triggering the death of the modified fruit flies at a certain temperature.

UC San Diego associate professor Omar Akbari told Singularity Hub that his team is “getting close to field testing some of our technologies. The furthest along for our group would be the use of [precision guided sterile insect technique] to control wild populations of D. Suzuki.”

A number of companies are turning to synbio to create ingredients where the natural product is expensive, rare, or threatened. Take the well-known example of vanilla. Most products on the market use a synthetic version of vanilla’s main ingredient, vanillin, made from petrochemicals.

In a case more directly related to wildlife conservation, Singaporean scientists engineered a synthetic replacement for horseshoe crab blood cells, which have been used in biomedical applications for decades. All four species of horseshoe crabs are considered imperiled by the International Union for Conservation of Nature (IUCN).

However, while a replacement product for horseshoe crab blood has been commercially available for more than 15 years, it has yet to be broadly adopted for various reasons. That’s finally changing, as new studies have confirmed that available synthetics are just as reliable as horseshoe crab blood for detecting endotoxins in biomedical manufacturing.

The long-lived American chestnut was once one of the dominant tree species of forests in the eastern US. A blight from Asia introduced in the late 1800s has all but wiped them out. Efforts to breed American chestnuts with disease-resistant chestnut trees in China have had limited success, as it’s not easy to propagate the desired traits from several genes through succeeding generations.

A project led by the College of Environmental Science and Forestry in Syracuse, New York is using synbio to produce a blight-resistant American chestnut without even harming the fungus.

The researchers have copied a single gene from wheat and transferred it into American chestnuts. The gene produces an enzyme called oxalate oxidase that doesn’t kill the fungus. Instead, it breaks down the fungus toxin that attacks the tree’s tissue properties.

The bonus is that the fungus itself is left untouched, so the blight remains dormant and doesn’t evolve resistance over time.

While bringing the dead back to life is one trick that will likely elude scientists in our lifetime, synbio researchers have been actively working to resurrect the woolly mammoth and other extinct species such as the passenger pigeon, which disappeared for good more than a century ago.

These projects aren’t strictly creating pure examples of these long-gone species. Rather, scientists are inserting sections of ancient DNA code into modern relatives. In the case of the woolly mammoth, researchers are attempting to create a mammoth-elephant hybrid using the Asian elephant.

Proponents of this sort of resurrection science say it’s less about trying to revive extinct species than about saving those that are currently at risk of disappearing. The Asian elephant (Elephas maximus) is on the IUCN Red List of Threatened Species.

A team led by George Church out of Harvard University hopes that by transferring genes in the mammoth genome to the Asian elephant it will be able to survive in the Arctic; relevant genes might include those that code for extra fat and dense hair. That would extend the animal’s range into regions that are already changing due to a warming climate.

Should We Do It?

Like geoengineering—manipulating the environment to stave off the effects of climate change—bioengineering has its critics and detractors. Some react viscerally to the idea of altering natural systems in any way.

One of the main arguments revolves around the concern that introducing a genetically modified species could have unintended consequences. While no one expects a Jurassic Park scenario where genetically enhanced monsters chase Jeff Goldblum through the jungle, there is a chance that genetically tweaked traits could jump species or otherwise go off script.

Kent Redford believes fostering a conversation about the possible advantages and disadvantages of the role of synbio in conservation is important regardless of where one stands on the divide.

“My mission is to make sure that the conservation community knows about these technologies and has taken a considered and informed opinion on them, and tried to influence [these] technologies for the good of biodiversity—to minimize harm and to increase positive outcomes,” he told Singularity Hub during a phone interview.

A conservation expert who has served at the The Nature Conservancy and Wildlife Conservation Society, Redford is the chair of an IUCN task force on synthetic biology and biodiversity conservation. He was the lead editor on an assessment report, Genetic Frontiers for Conservation, which will be presented this summer at the IUCN World Conservation Congress in France.

The opinion of the IUCN matters. Its 1,300 member organizations include governments, non-governmental organizations, business associations, and scientific and academic institutions.

Redford declined to speculate as to what sort of recommendations may come out of the IUCN meeting. He did note that the intersection of synbio and conservation remains on the periphery for many in the conservation community.

“Most of my colleagues don’t see why they should be paying much attention to this,” he said. Some of those who are aware of these emerging technologies consider them to be relevant tools to help solve some of the intractable problems in conservation. Others believe these genetic techniques have the “potential to completely ruin the natural world and the lives of poor people.”

Akbari agreed that the biggest challenge for synbio in conservation isn’t the technology but securing regulatory approvals and public support. “I think we need time,” he said. “As more technologies are developed and tested with positive outcomes—I believe the resistance will lessen.”

While the scientific community debates the potential and the pitfalls of synbio, biodiversity will continue to decline.

A report last year by the United Nations’ Intergovernmental Science-Policy Platform on Biodiversity and Ecosystem Services issued a number of disturbing statistics. For example, the average abundance of native species in most major land-based habitats has fallen by at least 20 percent, mainly since 1900. And nearly 10 percent of all domesticated breeds of mammals humans have used for food and agriculture throughout history were extinct by 2016, with at least 1,000 more breeds still threatened.

“I think the natural world is in serious trouble,” Redford said. Whether synbio can be part of the answer to that problem remains a big question.