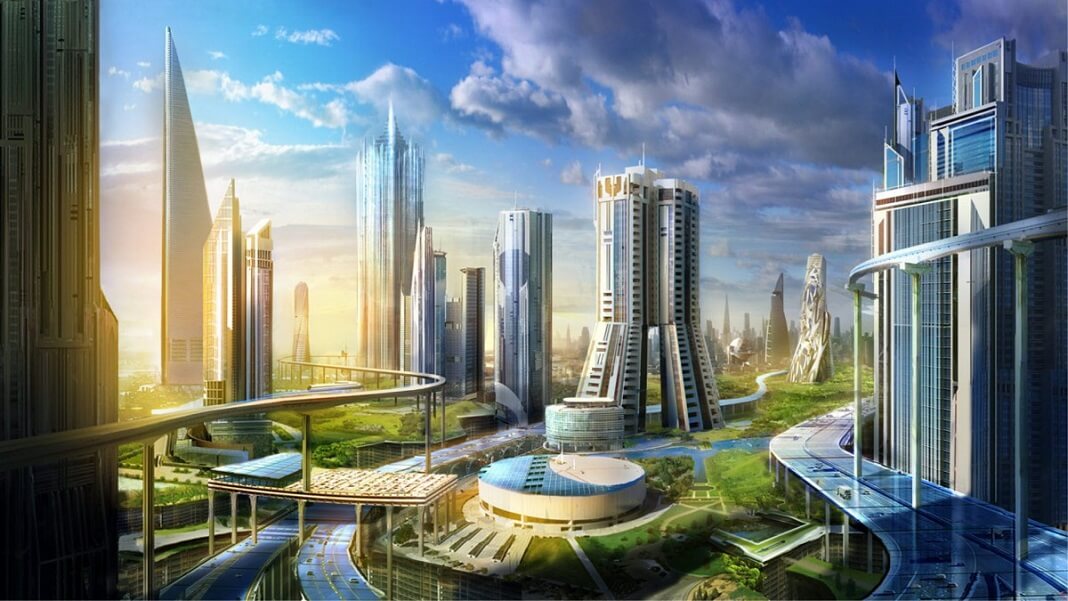 With rapid technological progress running headlong into dramatic climate change and widening inequality, most experts agree the coming decade will be tumultuous. But a new report predicts it could actually make or break civilization as we know it.

The idea that humanity is facing a major shake-up this century is not new. The Fourth Industrial Revolution being brought about by technologies like AI, gene editing, robotics, and 3D printing is predicted to cause dramatic social, political, and economic upheaval in the coming decades.

But according to think tank RethinkX, thinking about the coming transition as just another industrial revolution is too simplistic. In a report released last week called Rethinking Humanity, the authors argue that we are about to see a reordering of our relationship with the world as fundamental as when hunter-gatherers came together to build the first civilizations.

At the core of their argument is the fact that since the first large human settlements appeared 10,000 years ago, civilization has been built on the back of our ability to extract resources from nature, be they food, energy, or materials. This led to a competitive landscape where the governing logic is grow or die, which has driven all civilizations to date.

That could be about to change thanks to emerging technologies that will fundamentally disrupt the five foundational sectors underpinning society: information, energy, food, transportation, and materials. They predict that across all five, costs will fall by 10 times or more, while production processes will become 10 times more efficient and will use 90 percent fewer natural resources with 10 to 100 times less waste.

They say that this transformation has already happened in information, where the internet has dramatically reduced barriers to communication and knowledge. They predict the combination of cheap solar and grid storage will soon see energy costs drop as low as one cent per kilowatt hour, and they envisage widespread adoption of autonomous electric vehicles and the replacement of car ownership with ride-sharing.

The authors laid out their vision for the future of food in another report last year, where they predicted that traditional agriculture would soon be replaced by industrial-scale brewing of single-celled organisms genetically modified to produce all the nutrients we need. In a similar vein, they believe the same processes combined with additive manufacturing and “nanotechnologies” will allow us to build all the materials required for the modern world from the molecule up rather than extracting scarce natural resources.

They believe this could allow us to shift from a system of production based on extraction to one built on creation, as limitless renewable energy makes it possible to build everything we need from scratch and barriers to movement and information disappear. As a result, a lifestyle worthy of the “American Dream” could be available to anyone for as little as $250/month by 2030.

This will require a fundamental reimagining of our societies, though. All great civilizations have eventually hit fundamental limits on their growth and we are no different, as demonstrated by our growing impact on the environment and the increasing concentration of wealth. Historically this stage of development has lead to a doubling down on old tactics in search of short-term gains, but this invariably leads to the collapse of the civilization.

The authors argue that we’re in a unique position. Because of the technological disruption detailed above, we have the ability to break through the limits on our growth. But only if we change what the authors call our “Organizing System.” They describe this as “the prevailing models of thought, belief systems, myths, values, abstractions, and conceptual frameworks that help explain how the world works and our relationship to it.”

They say that the current hierarchical, centralized system based on nation-states is unfit for the new system of production that is emerging. The cracks are already starting to appear, with problems like disinformation campaigns, fake news, and growing polarization demonstrating how ill-suited our institutions are for dealing with the distributed nature of today’s information systems. And as this same disruption comes to the other foundational sectors the shockwaves could lead to the collapse of civilization as we know it.

Their solution is a conscious shift towards a new way of organizing the world. As emerging technology allows communities to become self-sufficient, flows of physical resources will be replaced by flows of information, and we will require a decentralized but highly networked Organizing System.

The report includes detailed recommendations on how to usher this in. Examples include giving individuals control and ownership of data rights; developing new models for community ownership of energy, information, and transportation networks; and allowing states and cities far greater autonomy on policies like immigration, taxation, education, and public expenditure.

How easy it will be to get people on board with such a shift is another matter. The authors say it may require us to re-examine the foundations of our society, like representative democracy, capitalism, and nation-states. While they acknowledge that these ideas are deeply entrenched, they appear to believe we can reason our way around them.

That seems optimistic. Cultural and societal change can be glacial, and efforts to impose it top-down through reason and logic are rarely successful. The report seems to brush over many of the messy realities of humanity, such as the huge sway that tradition and religion hold over the vast majority of people.

It also doesn’t deal with the uneven distribution of the technology that is supposed to catapult us into this new age. And while the predicted revolutions in transportation, energy, and information do seem inevitable, the idea that in the next decade or two we’ll be able to produce any material we desire using cheap and abundant stock materials seems like a stretch.

Despite the techno-utopianism though, many of the ideas in the report hold promise for building societies that are better adapted for the disruptive new age we are about to enter.