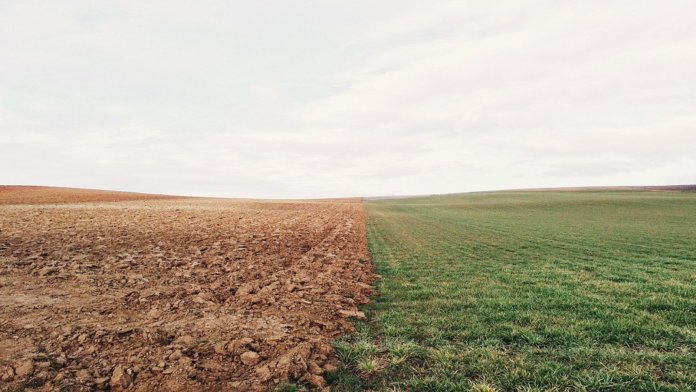 Concerns around the environmental impact of modern farming are causing us to reassess our relationship with food. But are claims that lab-grown food will replace agriculture in the coming decades realistic?

British journalist and environmental activist George Monbiot made a stir last week with the release of his documentary Apocalypse Cow, in which he claims that a technology called “precision fermentation” could make traditional farming obsolete in just a few decades.

In an article for The Guardian he contends that we will be able to produce the vast majority of our nutrients through industrial-scale brewing of single-celled organisms specially designed to produce particular compounds.

This idea of lab-grown food is certainly in the ascendancy at the minute. Concerns about the ethics and environmental impact of meat-eating are leading to growing numbers of people adopting vegetarianism and veganism, but they’ve also spawned a host of startups promising to grow “cultured meat” in the lab without ever involving real animals.

But Monbiot goes further, claiming the same technology could also replace arable farming and would be orders of magnitude more energy, water, and space-efficient than current farming practices, which could reverse agriculture’s hugely damaging effect on the environment.

Monbiot isn’t alone in predicting how disruptive precision fermentation could be. A recent report from think tank RethinkX predicted that lab-grown protein will be 10 times cheaper than animal protein by 2035, which will see the US beef and dairy industries’ production fall 50 percent by 2030, effectively bankrupting them.

Others are more skeptical, pointing to the huge practical and cultural barriers to such change—not least, what to do with the 28 percent of the planet that relies on agriculture for employment. Some of these criticisms are ideological ripostes to Monbiot’s equally ideological framing of the case, while farming lobbies have inevitably had their say. But others have highlighted some of the holes in the logic behind his claims.

In making his case for lab-grown food, Monbiot highlights the technology of Solar Foods, which uses solar energy to split water into oxygen and hydrogen to provide energy for microbes that then produce feedstocks. He claims this process is ten times as efficient as photosynthesis, and because everything is done in vats the land efficiency is roughly 20,000 times greater than arable farming.

But the company clarified to New Scientist that when you take into account the land required for solar panels, it would only be around ten times more efficient than farming soya. More importantly, renewable energy like solar is still a limited resource at present, and one that can only be expanded so fast.

Diverting it to power agriculture would inevitably lead to boosting carbon emissions elsewhere. And research has already shown that cultured meat produced using less sustainable energy sources could actually be worse for the climate.

Monbiot’s plans also assume huge improvements in the capabilities of lab-grown food companies to create food that is both nutritious and palatable. Cultured meat is still a long way from being able to recreate the combinations of muscle, fat, and connective tissue that make a steak so delicious.

More importantly, it will be incredibly hard to engineer anything as efficient as a plant at using solar energy to create food with the perfect balance of vitamins, minerals, and fiber, Cambridge University plant scientist David Hanke writes in a letter responding to Monbiot’s Guardian article.

While supplying minerals to microbes would likely rely on intensive chemical processes, plants are capable of extracting trace elements from the environment. They can also build solar harvesting equipment without the huge cost and pollution that would be involved in building enough solar panels to power agriculture.

All of this is not to say there isn’t a place for lab-grown food. Current agricultural practices are in many cases unsustainable, and using this kind of technology to replace the worst offenders is probably a smart idea. But at best it’s going to be complimentary to existing agricultural practices, and unlikely to be adopted in developing countries, where the capital expenditure involved will make it prohibitive.

There are also far more pressing and tractable places to apply technology if you want to improve the efficiency of our food supply chains, and therefore cut down their costs and environmental impact. The great tragedy of modern agriculture is that we already produce enough food for ten billion people, but a third of it goes to waste.

Better cold chain and smarter distribution systems could take a sizable chunk out of that, so maybe that would be smarter place to start.