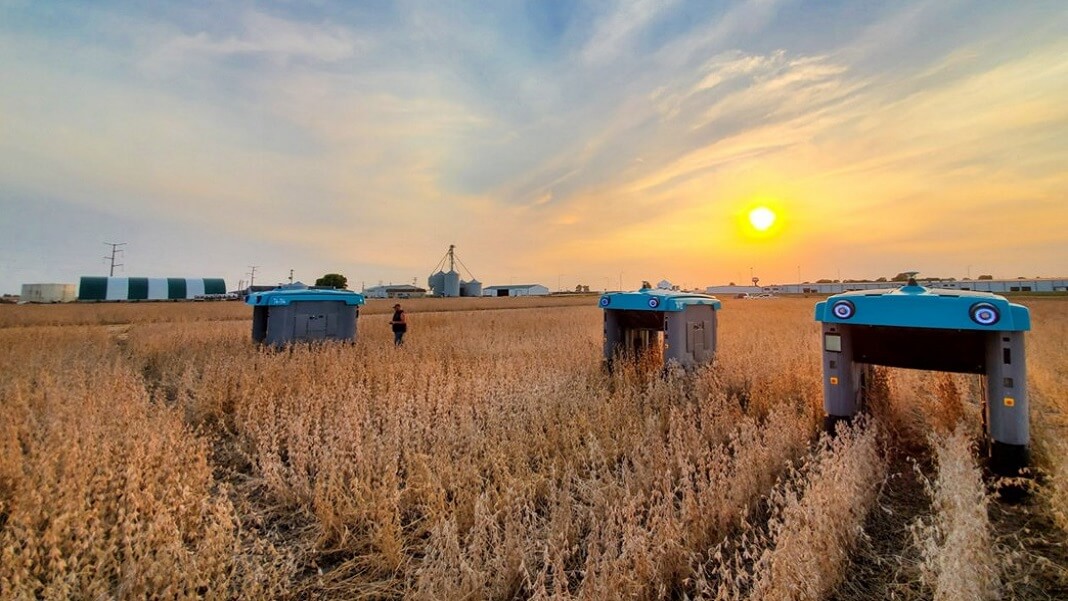 In the 1940s, agronomist Norman Borlaug was tasked by the US government with improving the yield of wheat plants in Mexico. The thinking was that if America’s southern neighbor had better food security, relations between the two countries would improve, and fewer migrants would cross the US border.

At that time, a plant disease called stem rust was ravaging crops in Mexico and parts of the US, depleting harvests and causing panic among farmers. Borlaug started crossbreeding seeds in hopes of stumbling upon a genetic combination that was resistant to stem rust and produced a high yield. Over the course of three years, Borlaug and his assistants pollinated and inspected hundreds of thousands of plants by hand: 110,000 in just one growing season.

Their work paid off; the resulting wheat seeds produced three times more yield on the same amount of land. Borlaug is known as the father of the Green Revolution, and was later awarded the Nobel Peace Prize.

With the global population growing while climate change begins to impact our ability to produce food, many are calling for a 21st-century Green Revolution. In short, we need to figure out better ways to grow food, and fast.

The way we grow crops now, the project page explains, works pretty well, but it’s not ideal. Dozens or hundreds of acres of a given crop are treated the same across the board, fertilized and sprayed with various chemicals to kill pests and weeds. We get the yields we needs with this method, but at the same time we’re progressively depleting the soil by pumping it full of the same chemicals year after year, and in the process we’re making our own food less nutrient-rich. It’s kind of a catch-22; this is the best way to grow the most food, but the quality of that food is getting worse.

But maybe there’s a better way—and Mineral wants to find it.

Like many things nowadays, the key to building something better is data. Genetic data, weather pattern data, soil composition and erosion data, satellite data… The list goes on. As part of the massive data-gathering that will need to be done, X introduced what it’s calling a “plant buggy” (if the term makes you picture a sort of baby stroller for plants, you’re not alone…).

It is in fact not a stroller, though. It looks more like a platform on wheels, topped with solar panels and stuffed with cameras, sensors, and software. It comes in different sizes and shapes so that it can be used on multiple types of crops (inspecting tall, thin stalks of corn, for example, requires a different setup than short, bushy soybean plants). The buggy will collect info about plants’ height, leaf area, and fruit size, then consider it alongside soil, weather, and other data.

Having this type of granular information, Mineral hopes, will allow farmers to treat different areas of their fields or even specific plants individually rather than using blanket solutions that may be good for some plants, but bad for others.

It’s sort of like the “quantified self” trend in healthcare; all of our bodies are different, as are our genomes and the factors likely to make us ill; by gathering as much data as possible about ourselves and monitoring our bodies’ various systems, we can customize our diets, medications, exercise, and lifestyles to what will work best for us, rather than what’s likely to work best for the average person.

In a blog post about Mineral, project lead Elliott Grant asks, “What if every single plant could be monitored and given exactly the nutrition it needed? What if we could untangle the genetic and environmental drivers of crop yield? What if we could measure the subtle ways a plant responds to its environment?” He and his team hope that tools like those being developed as part of Mineral will help the agriculture industry transform how food is grown.

There are all sorts of projects—all over the world—devoted to the future of food, from cultured meat and fish to nanoparticles that help plants grow in the desert to factories raising millions of bugs for protein. Google X has taken on some ambitious goals and hasn’t disappointed, so with Mineral joining the effort, we may see another Green Revolution in the not-too-distant future.

McDonald’s Is Making a Plant-Based Burger; You Can Try It in 2021