A New Factory in France Will Mass-Produce Bugs as Food 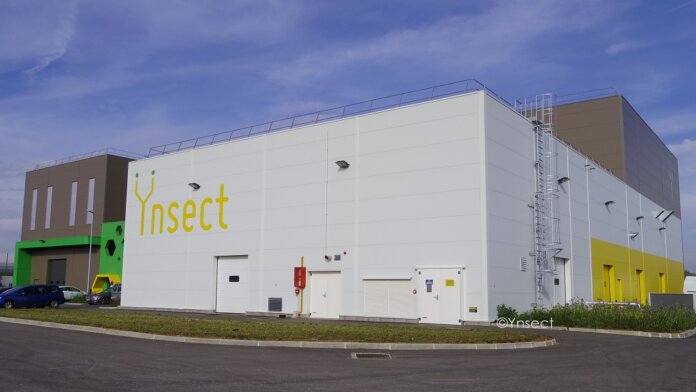 Though the world’s population is no longer predicted to grow as much as we thought by the end of this century, there are still going to be a lot more people on Earth in 30, 50, and 80 years than there are now. And those people are going to need healthy food that comes from a sustainable source. Technologies like cultured meat and fish, vertical farming, and genetic engineering of crops are all working to feed more people while leaving a smaller environmental footprint.

A new facility in northern France aims to help solve the future of food problem in a new, unexpected, and kind of cringe-inducing way: by manufacturing a huge volume of bugs—for eating.

Before you gag and close the page, though, wait; these particular bugs aren’t intended for human consumption, at least not directly.

Our food system and consumption patterns are problematic not just because of the food we eat, but because of the food our food eats. Factory farming uses up a ton of land and resources; a 2018 study found that while meat and dairy provide just 18 percent of the calories people consume, it uses 83 percent of our total farmland and produces 60 percent of agriculture’s greenhouse gas emissions. That farmland is partly taken up by the animals themselves, but it’s also used to grow crops like corn and soy exclusively for animal consumption.

And we’re not just talking cows and pigs. Seafood is part of the problem, too. Farm-raised salmon, for example, are fed not just smaller fish (which depletes ecosystems), but also soy that’s grown on land.

Enter the insects. Or, more appropriately in this case, enter Ÿnsect, the French company with big ambitions to help change the way the world eats. Ÿnsect raised $125 million in Series C funding in early 2019, and at the time already had $70 million worth of aggregated orders to fill. Now they’re building a bug-farming plant to churn out tiny critters in record numbers.

You’ve probably heard of vertical farms in the context of plants; most existing vertical farms use LED lights and a precise mixture of nutrients and water to grow leafy greens or other produce indoors. They maximize the surface area used for growing by stacking several layers of plants on top of one another; the method may not make for as much space as outdoor fields have, but can yield a lot more than you might think.

Ÿnsect’s new plant will use layered trays too, except they’ll be cultivating beetle larvae instead of plants. The ceilings of the facility are 130 feet high—that’s a lot of vertical space to grow bugs in. Those of us who are grossed out by the thought will be glad to know that the whole operation will be highly automated; robots will tend to and harvest the beetles, and AI will be employed to keep tabs on important growing conditions like temperature and humidity.

The plant will initially be able to produce 20,000 tons of insect protein a year, and Ÿnsect is already working with the biggest fish feed company in the world, though production at the new facility isn’t slated to start until 2022.

Besides fish feed, Ÿnsect is also marketing its product for use in fertilizer and pet food. It’s uncertain how realistic the pet food angle is, as I’d imagine most of us love our pets too much to feed them bugs. But who knows—there’s plenty of hypothesizing that insects will be a central source of protein for people in the future, as they’re not only more sustainable than meat, but in some cases more nutritious too.

We’ll just have to come up with some really creative recipes.