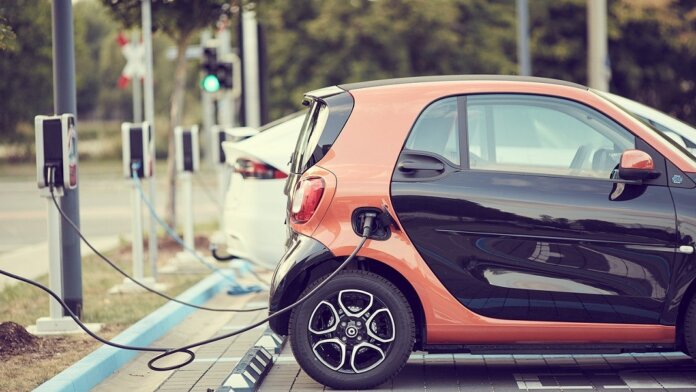 Despite their growing popularity, electric vehicle sales still lag behind gasoline cars, and one reason is the anxiety that comes from short ranges and slow refueling times—but recent breakthroughs suggest those fears might soon be dispelled.

In the rush to convince people that electric vehicles are a practical alternative to gas-guzzlers, most of the focus has been on boosting their range by creating ever more energy-dense batteries. That’s because most batteries take a considerable amount of time to charge up compared to the couple of minutes it takes to refill a fuel tank.

Even industry leader Tesla’s fast charger network takes about half an hour to recharge cars to 80 percent of their capacity. Most alternatives are even slower, which makes regular top-ups impractical. And while the best electric vehicles are nudging closer to the roughly 400-mile range of most gasoline cars, they still have some way to go.

But not everyone has simply been chasing energy density. A small but growing chunk of battery research and development has been focused on slashing the time it takes to recharge. And two recent breakthroughs suggest that topping up your battery might soon be nearly as quick as filling your tank.

Last week, Israeli startup StoreDot announced it had manufactured the first batteries that can be charged in just five minutes. Their technology replaces the graphite electrode in lithium-ion batteries with one made of semiconductor nanoparticles. The material allows ions to travel more quickly, enabling faster recharging.

While the batteries are expected to cost a similar amount to conventional lithium-ion technology, so far the company has only demonstrated them in an electric scooter. This first run is designed to let car makers test them out rather than for use in production vehicles.

The company’s goals also sound rather modest. A spokesperson told The Guardian they hope to be able to provide a car battery with 100 miles of range in just 5 minutes by 2025. But that estimate is based on today’s charging infrastructure, something StoreDot hopes to see upgraded soon.

To really take advantage of their battery’s capabilities, you need much more powerful chargers and upgrades to the grid. The company is working with oil giant BP, which runs thousands of gas stations.

The other recent fast-charging breakthrough is at a more formative stage, but it wouldn’t necessarily require upgrades to existing fast charging infrastructure. Research published in Nature Energy last week showed a battery could be charged with 250-mile range to 80 percent in just 10 minutes using existing fast chargers.

In the rush to build more energy-dense batteries to boost the ranges of electric vehicles, most manufacturers shifted in recent years from batteries that use lithium iron phosphate (LFP) for their cathodes to ones that contain cobalt and nickel. While this gives a capacity boost, it also makes the batteries expensive, toxic, and more prone to overheating.

The researchers from Pennsylvania State University showed that combining the older and safer technology with a self-heating system could give them a significant advantage in charging speed. The system warms the battery to about 140 degrees Fahrenheit. This speeds up the chemical reactions involved in charging and discharging, allowing the battery to reach almost full capacity in just 10 minutes.

While this technology has still only been demonstrated in the lab, the researchers have spun out a startup called EC Power to commercialize the research. And the self-heating system also means that unlike other batteries, they charge at similar speeds no matter what the ambient temperature is. They also showed that they should have a lifespan of up to two million miles.

All this suggests that fast-charging electric vehicles may not be that far off. Innovations looking to boost ranges also show little signs of slowing down; notably, startup QuantumScape unveiled a lithium-metal battery with twice the range of conventional lithium-ion at the end of last year.

The electric vehicle revolution seems to be picking up its pace.