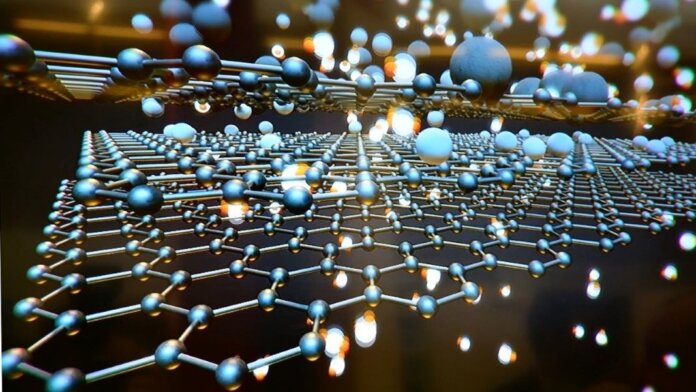 Wonder material graphene is often touted as a potential way around the death of Moore’s Law, but harnessing its promising properties has proven tricky. Now, researchers have shown they can build graphene chips 100 times smaller than normal ones using a process they’ve dubbed “nano-origami.”

For decades our ability to miniaturize electronic components improved exponentially, and with it the performance of our chips. But in recent years we’ve started approaching the physical limits of the silicon technology we’ve become so reliant on, and progress is slowing.

The ability to build ever-faster chips has underpinned the rapid technological advances we’ve made in the last half-century, so understandably people are keen to keep that trend going. As a result, a plethora of new technologies are vying to take us past the end of Moore’s Law, but so far none have taken an obvious lead.

One of the most promising candidates is graphene, a form of carbon that comes in one-atom-thick sheets, which are both incredibly strong and have a range of remarkable electronic properties. Despite its potential, efforts to create electronics out of graphene and similar 2D materials have been progressing slowly.

One of the reasons is that the processes used to create these incredibly thin layers inevitably introduce defects that can change the properties of the material. Typically, these imperfections are seen as problematic, as any components made this way may not behave as expected.

But in a paper published in the journal ACS Nano, researchers from the University of Sussex in the UK decided to investigate exactly how these defects impact the properties of graphene and another 2D material called molybdenum disulfide, and how they could be exploited to design ultra-small microchips.

Building on their findings, the team has now shown that they can direct these defects to create minuscule electronic components. By wrinkling a sheet of graphene, they were able to get it to behave like a transistor without adding any additional materials.

“We’re mechanically creating kinks in a layer of graphene. It’s a bit like nano-origami,” Alan Dalton, who led the research, said in a press release.

“Using these nanomaterials will make our computer chips smaller and faster. It is absolutely critical that this happens as computer manufacturers are now at the limit of what they can do with traditional semiconducting technology.”

The work falls into an emerging line of research known as “straintronics,” which is uncovering the surprising ways in which mechanical strains in nanomaterials can dramatically change their electronic, magnetic, and even optical characteristics.

Now that the researchers have elucidated how different kinds of defects like wrinkles, domes, and holes impact the properties of these 2D materials, they’re working on ways to precisely pattern them to create more complex chips.

According to New Scientist, they have already mastered creating rows of wrinkles using pattern molds and generating domes by firing lasers at water molecules to make them expand, and they hope to have a functional prototype chip within five years.

They say that the approach allows them to build processors around 100 times smaller than conventional microchips, which could be thousands of times faster than today’s devices and would require far less energy and resources to make.

There’s still a long way to go to flesh out the potential of the approach, but it represents a promising new front in the race to keep the technological juggernaut we’ve created steaming ahead at full power.