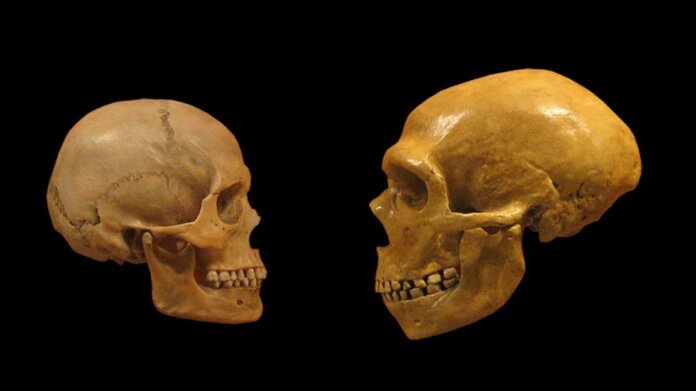 How we humans became what we are today is a question that scientists have been trying to answer for a long time. How did we evolve such advanced cognitive abilities, giving rise to complex language, poetry, and rocket science? In what way is the modern human brain different from those of our closest evolutionary relatives, such as Neanderthals and Denisovans?

By reintroducing ancient genes from such extinct species into human “mini brains”—clusters of stem cells grown in a lab that organize themselves into tiny versions of human brains—scientists have started to find new clues.

Most of what we know about human evolution comes from the study of ancient fossils and bones. We know that Neanderthals and Denisovans diverged from humans around 500,000-600,000 years ago, and that the last Neanderthals didn’t disappear from Europe until about 40,000 years ago.

Research has also shown that humans and Neanderthals interbred, and that Neanderthals were a lot more sophisticated than previously thought.

From studying the size and shape of fossilized skulls, we also know that brains from archaic humans were roughly the same size as modern human skulls, if not bigger, and appear to be different shapes. However, although such variations might be correlated with different cognitive abilities and functions, the fossils cannot alone explain how the shapes affect function. Luckily, recent technological advances have provided a new path to understanding how we differ from our extinct relatives.

Still, in specific regions, there are gene variants exclusively carried by modern humans. These human-specific DNA regions may be responsible for traits that separate our species from our extinct relatives. By understanding how these genes work, we can therefore learn about the traits that are unique to modern humans.

Studies comparing archaic and modern DNA sequences have pinpointed differences in genes important for the function, behavior, and development of the brain—in particular genes involved in cell division and synapses (which transmit electric nerve impulses between cells). These have suggested the human brain matures more slowly than the Neanderthal one did.

Specifically, the development of the orbitofrontal cortex in infants, which is thought to be involved in higher-order cognition like decision-making, might have changed significantly but subtly since the split from Neanderthals. Humans also reach sexual maturity later than their ancestors did, which can help explain why we live longer.

It has long been unclear which evolutionary changes have been the most important. A team of scientists led by Alysson Muotri at the University of California, San Diego, recently published a study in Science that shed some light on this question.

They did this by growing mini brains—which are known scientifically as “organoids”—from stem cells derived from skin. Brain organoids aren’t conscious in the way we are—they are very simple and do not reach sizes larger than around five or six millimeters, due to a lack of blood supply. But they can emit brainwaves and grow relatively complex neural networks that respond to light.

The team inserted an extinct version of a gene involved in brain development in the organoids using the Nobel-prize winning CRISPR-Cas9 technology, often described as “genetic scissors,” which allows precise editing and manipulation of genes.

We know that the old version of the gene was present in Neanderthals and Denisovans, whereas a mutation later changed the gene into the current version that modern humans carry.

The engineered organoids displayed several differences. They expanded more slowly than the human organoids and had altered formation of connections between neurons. They were also smaller and had rough, complex surfaces compared to the smooth and spherical modern human organoids.

The study identified 61 genes that are different between modern and archaic humans. One of these genes is NOVA1, which has an essential role in regulating other genes’ activity during early brain development. It also plays a role in the formation of synapses.

Altered activity of NOVA1 has previously been found to cause neurological disorders such as microcephaly (leading to a small head), seizures, severe developmental delay, and a genetic disorder called familial dysautonomia, suggesting it is important for normal human brain function. The version that modern humans carry has a change in one single letter of the code. This change causes the gene’s product, the NOVA1 protein, to have a different composition and possibly a different activity.

When analyzing the organoids, scientists found that the archaic NOVA1 gene changed the activity of 277 other genes—many of them are involved in creating synapses and connections between brain cells. As a result, the mini brains had a different network of cells to those of a modern human.

That means that the mutation in NOVA1 caused essential changes in our brains. A change in a single letter of the DNA code possibly sparking a new level of brain function in modern humans. What we don’t know is how exactly this happened.

The team has said they will follow up their fascinating finding by investigating the other 60 genes in more detail, to see what happens when you alter each one or a combination of several.

It’s no doubt an intriguing area of research, with the organoids giving important insight into these ancient species’ brains. But we are only at the beginning. Manipulation of a single gene will not capture the true Neanderthal and Denisovan genetics. But it could still help scientists understand how some human-specific genes work. 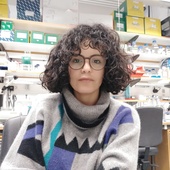 Itzia Ferrer
Itzia obtained her PhD in neuroscience at the Experimental Medicine Department at Lund University. Her research centered around the identification of new genetic risk variants for brain disorders. Specifically, she focused on the role of genetic variations in the immune system and the development and progression of Parkinson Disease and Alzheimer’s Disease. Itzia’s research includes human and animal genetics, immunology, and models of neurodegenerative diseases.
RELATED