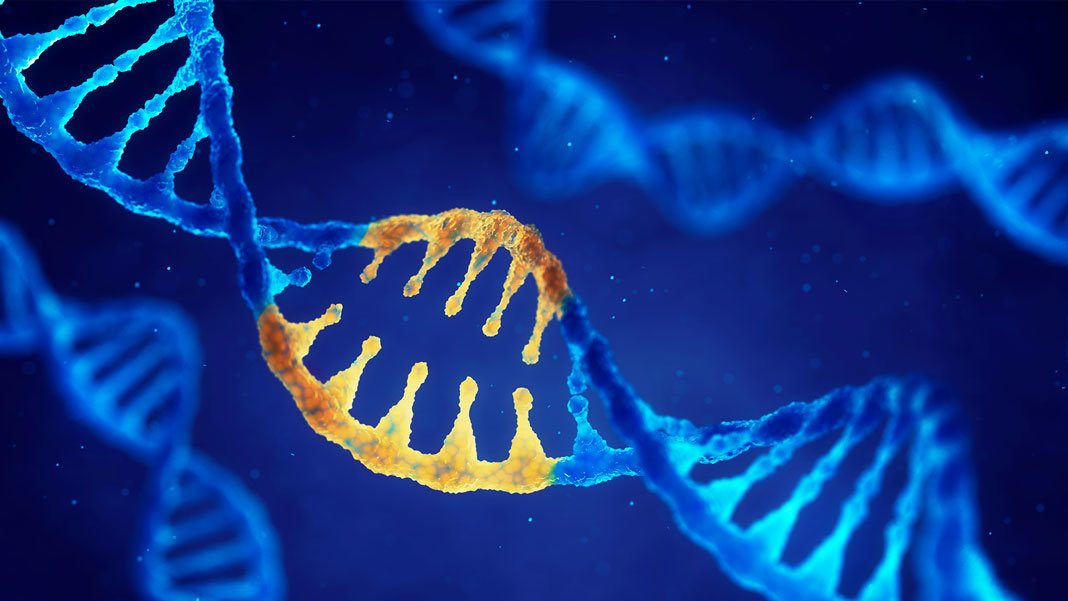 The classic version of the gene editing wunderkind literally slices a gene to bits just to turn it off. It’s effective, yes. But it’s like putting an electrical wire through a paper shredder to turn off a misbehaving light bulb. Once the wires are cut, there’s no going back.

Why not add a light switch instead?

This month, a team from the University of California, San Francisco (UCSF) reimagined CRISPR to do just that. Rather than directly acting on genes—irrevocably dicing away or swapping genetic letters—the new CRISPR variant targets the biological machinery that naturally turns genes on or off.

Translation? CRISPR can now “flip a light switch” to control genes—without ever touching them directly. It gets better. The new tool, CRISPRoff, can cause a gene to stay silent for hundreds of generations, even when its host cells morph from stem cells into more mature cells, such as neurons. Once the “sleeping beauty” genes are ready to wake up, a complementary tool, CRISPRon, flips the light switch back on.

This new technology “changes the game so now you’re basically writing a change [into genes] that is passed down,” said author Dr. Luke Gilbert. “In some ways we can learn to create a version 2.0 of CRISPR-Cas9 that is safer and just as effective.”

The crux is something called epigenetics. It’s a whole system of chemicals and proteins that controls whether a gene is turned on or off.

If that sounds confusing, let’s start with what genes actually look like inside a cell and how they turn on. By “turning on,” I mean that genes are made into proteins—the stuff that builds our physical form, controls our metabolism, and makes us tick along as living, breathing humans.

Genes are embedded inside DNA chains that wrap very tightly around a core protein—kind of like bacon-wrapped asparagus. For genes to turn on, the first step is that they need a bunch of proteins to gently yank the DNA chain off the “asparagus,” so that the genes are now free-floating inside their cellular space capsule, called the nucleus.

Once that chunk of bacon-y DNA is free, more proteins rush over to grab onto the gene. They’ll then roll down the gene’s nucleotides (A, T, C, and G) like a lawn mower. Instead of mulch, however, this biological “machine” spews out a messenger that tells the cell to start making proteins—mRNAs. (Yup, the same stuff that makes some of our Covid-19 vaccines.) mRNA directs our cells’ protein factory to start production, and voilà, that gene is now turned on!

Anything that disrupts this process nukes the gene’s ability to turn into proteins, essentially shutting it off. It’s enormously powerful—because one single epigenetic machine can control hundreds or thousands of genes. It’s a master light switch for the genome.

The team started with a CRISPR system that has a neutered Cas9. This means that the protein normally involved in cutting a gene, Cas9, can no longer snip DNA, even when tethered to the correct spot by the other component, the guide RNA “bloodhound.” They then tacked on a protein that’s involved in switching off genes to this version of CRISPR.

Here’s the clever part: the protein is designed to hijack a natural epigenetic process for switching genes off. Genes are often shut down through a natural process called “methylation.” Normally, the process is transient and reversible on a gene. CRISPRoff commandeers this process, in turn shutting down any targeted gene but for a far longer period of time—without physically ripping the gene apart.

Thanks to epigenetics’ “enhancing” power, CRISPRoff lets researchers go big. In one experiment targeting over 20,000 genes inside immortalized human kidney cells with CRISPRoff, the team was able to reliably shut those genes off.

Not satisfied with a one-way street, the team next engineered a similar CRISPR variant, with a different epigenetics-related protein, dubbed CRISPRon. In cells inside petri dishes, CRISPRon was able to override CRISPRoff, and in turn, flip the genes back on.

“We now have a simple tool that can silence the vast majority of genes,” said study author Dr. Jonathan Weissman. “We can do this for multiple genes at the same time without any DNA damage… and in a way that can be reversed.”

Even crazier, the off switch lasted through generations. When the team turned off a gene related to the immune system, it persisted for 15 months—after about 450 cellular generations.

The edits also lasted through a fundamental transformation, that is, a cell’s journey from an induced pluripotent stem cell (iPSC) to a neuron. iPSCs often start as skin cells, and are rejuvenated into stem cells through a chemical bath, when they then take a second voyage to become neurons. This process often wipes away epigenetic changes. But to the authors’ surprise, CRISPRoff’s influence remained through the transformations. In one experiment, the team found that shutting off a gene related to Alzheimer’s in iPSCs also reduced the amount of subsequently encoded toxic proteins in the resulting neurons.

“What we showed is that this is a viable strategy for silencing Tau and preventing that protein from being expressed,” said Weissman, highlighting just one way CRISPRoff—and controlling the epigenome in general—can alter medicine.

This isn’t the first time someone’s tried to target the epigenome with CRISPR. The same team previously experimented with another set of CRISPR variants that tried the same thing. The difference between the two is time and stability. With the previous setup, scientists struggled to keep the “light switch” off for a single generation. The new one has no trouble maintaining any changes through multiple divisions—and transformations—in the genome.

A reliable CRISPR tool for epigenetics is insanely powerful. Although we have drugs that work in similar ways, they’re far less accurate and come with a dose of side effects. For now, however, CRISPRoff and CRISPRon only work in cells in petri dishes, and the next step towards genomic supremacy would be to ensure they work in living beings.

If that’s the case, it could change genetic editing forever. From reprogramming biological circuits in synthetic biology to hijacking or reversing ones to prevent disease, epigenetic reprogramming offers a way to do it all without ever touching a gene, nixing the threat of mutations—while leading to lasting effects through generations.

“I think our tool really allows us to begin to study the mechanism of heritability, especially epigenetic heritability, which is a huge question in the biomedical sciences,” said study author Dr. James Nuñez.