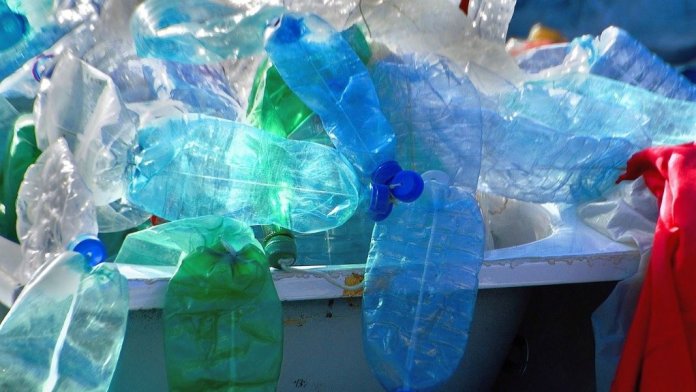 The world is drowning in plastic, and part of the reason is that it’s incredibly hard to recycle most of the waste we create. According to new research though, “infinitely recyclable” plastics present an economically viable alternative to the plastics we’re currently using.

The average person in the US generates roughly 100 kilograms of plastic waste a year, most of which goes straight to landfill. While a small proportion of this waste gets sent for recycling, less than 10 percent is reused more than once, and recycled plastic often has to be mixed with new plastic to maintain quality standards.

That’s because the process of melting and re-molding plastics significantly degrades its material properties. Many plastic products have also been augmented with all kinds of additives like pigments and flame retardants. These get mixed together when they’re melted down, further lowering the resulting plastic’s quality.

That has prompted researchers to try and design new plastics that are much easier to recycle. In 2019, researchers at Lawrence Berkeley National Laboratory unveiled a plastic that has the potential to be infinitely recyclable and can be used to make a wide range of different products.

At the time, the economic viability of the material was unknown. But now the team has carried out an extensive analysis that shows that despite high upfront costs, the plastic could quickly become competitive with conventional plastics and will get cheaper as time goes on.

The material designed by the researchers is called poly(diketoenamine), or PDK, and like other plastics it’s built up from small, identical molecules called monomers into long chains called polymers. But unlike more common plastics, PDK is specially designed so that these long polymer chains can be easily decomposed back to their constituent monomers simply by bathing them in acid.

While this kind of chemical decomposition has been tried with other plastics, it has proven very energy and carbon emission intensive, which is why it’s still far more common to simply melt plastics back down to recycle them.

But while the approach is a clear improvement over conventional recycling processes, that isn’t what PDK is competing with. To have any chance of making a dent in plastic waste, PDK needs to be cost-competitive with manufacturing conventional plastics from scratch, which is currently far cheaper than recycling.

To test how their material stacks up, the researchers carried out a detailed simulation of a facility that produces 20,000 metric tons of PDK a year. They looked at various scenarios where the plant produces all the plastic from raw ingredients, purely by recycling, or a mixture of the two. They then calculated what the costs would be and what the corresponding lifetime greenhouse gas emissions would be.

In a paper in Science Advances, they report that producing new PDK would cost around $45 per kilogram and result in about 86 kilograms of CO2 equivalent per kilogram. That doesn’t stack up very well against the two leading conventional plastics, PET and HDPE, which both cost less than $1 a kilogram and result in 2.73 and 1.9 kilograms of emissions, respectively. But the analysis also found that fully-recycled PDK could be made for just $1.50 and produce only $1.6 kilograms of emissions.

The takeaway for the researchers is that while the initial cost of switching to PDK could be significant, in the long run it could be highly competitive with conventional plastics, particularly as governments bring in more stringent regulations around plastic waste and greenhouse gas emissions.

Obviously, the significant upfront cost is likely to act as a serious deterrent for most businesses. But the analysis was done based on the current process for manufacturing PDK, which still has plenty of room for optimization.

The team has already validated that the raw materials for the plastic can be produced by genetically-engineered microbes rather than chemical processes, which could dramatically change the value proposition. They’re also not the only ones experimenting in this area—last year a team at Colorado State University unveiled another infinitely recyclable plastic.

Another problem is that until the entire plastic supply chain makes the switch, selectively recovering PDK from general waste will add significant extra costs. For that reason, the researchers believe that a good early market for the material would be durable goods that are often returned to the manufacturer at the end of their lifespan, like consumer electronics and cars.

How long it could take for PDK to make up a large enough proportion of the plastic market to make recycling it from general waste viable is hard to predict, but the researchers estimate it production would have to be 10 to 100 times greater than the fictional plant use in their analysis.

That suggests there’s still a long road ahead, but this new analysis points the way to a future where plastic might not be such a dirty word.