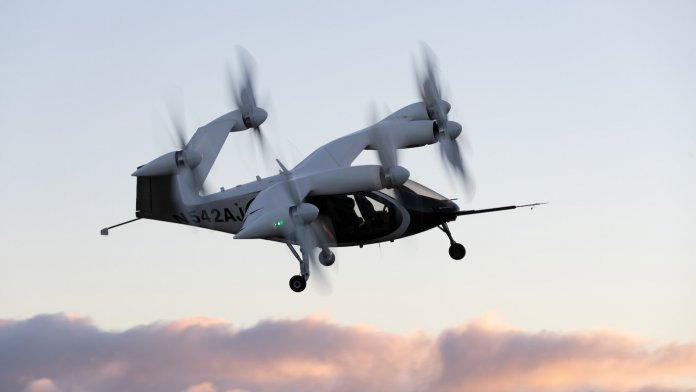 Flying cars are almost a byword for the misplaced optimism of technologists, but recent news suggests their future may be on slightly firmer footing. The industry has seen a major influx of capital and big automakers seem to be piling in.

What actually constitutes a flying car has changed many times over the decades since the cartoon, The Jetsons, introduced the idea to the popular imagination. Today’s incarnation is known more formally as an electric vertical takeoff and landing (eVTOL) aircraft.

As the name suggests, the vehicles run on battery power rather than aviation fuel, and they’re able to take off and land like a helicopter. Designs vary from what are essentially gigantic multi-rotor drones to small fixed-wing aircraft with rotors that can tilt up or down, allowing them to hover or fly horizontally (like an airplane).

Aerospace companies and startups have been working on the idea for a number of years, but recent news suggests it might be coming closer to fruition. Last Monday, major automakers Hyundai and GM said they are developing vehicles of their own and are bullish about the prospects of this new mode of transport.

And the week prior, British flying car maker Vertical Aerospace announced plans to go public in a deal that values the company at $2.2 billion. Vertical Aerospace also said it had received $4 billion worth of preorders, including from American Airlines and Virgin Atlantic.

The deal was the latest installment in a flood of capital into the sector, with competitors Joby Aviation, Archer Aviation, and Lilium all recently announcing deals to go public too. Also joining them is Blade Urban Mobility, which currently operates heliports but plans to accommodate flying cars when they become available.

When exactly that will be is still uncertain, but there seems to be growing consensus that the second half of this decade might be a realistic prospect. Vertical is aiming to start deliveries by 2024. And the other startups, who already have impressive prototypes, are on a similar timeline.

Hyundai’s global chief operating officer, José Muñoz, told attendees at Reuters’ Car of the Future conference that the company is targeting a 2025 rollout of an air taxi service, while GM’s vice president of global innovation, Pamela Fletcher, went with a more cautious 2030 target. They’re not the only automakers getting in on the act, with Toyota, Daimler, and China’s Geely all developing vehicles alone or in partnership with startups.

Regulators also seem to be increasingly open to the idea.

In January, the Federal Aviation Administration (FAA) announced it expects to certify the first eVTOLs later this year and have regulations around their operation in place by 2023. And last month the European Union Aviation Safety Agency said it expected air taxi services to be running by 2024 or 2025.

While it seems fairly settled that the earliest flying cars will be taxis rather than private vehicles, a major outstanding question is the extent to which they will be automated.

The majority of prototypes currently rely on a human to pilot them. But earlier this month Larry Page’s air taxi startup Kitty Hawk announced it would buy drone maker 3D Robotics as it seeks to shift to a fully autonomous setup. The FAA recently created a new committee to draft a regulatory path for beyond-visual-line-of-sight (BVLOS) autonomous drone flights. This would likely be a first step along the path to allowing unmanned passenger aircraft.

What seems more certain is that there will be winners and losers in the recent rush to corner the air mobility market. As Chris Bryant points out in Bloomberg, these companies still face a host of technological, regulatory, and social hurdles, and the huge amounts of money flooding into the sector may be hard to justify.

Regardless of which companies make it out the other side, it’s looking increasingly likely that air taxis will be a significant new player in urban transport by the end of the decade.