Magnetizable Concrete in Roads Could Charge Electric Cars While You Drive 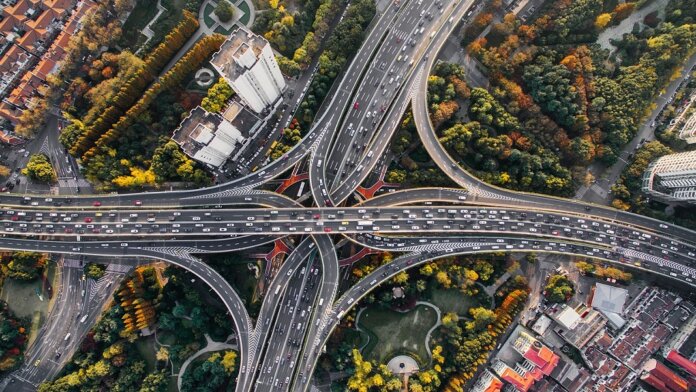 One of the biggest barriers to electric vehicle adoption is the fear of running out of juice before you get to your destination. Roads that can charge your vehicle as you drive could be a solution, and they may be getting closer.

Rapid improvements in battery technology have seen the range of electric vehicles creep steadily upwards in recent years. But most still fall far short of gasoline-powered cars in this regard, and they take significantly longer to refuel if they do run dry.

One solution that has been discussed for many years is the idea of embedding some kind of charging technology in roads so that vehicles can charge their batteries as they drive. Most schemes envisage using the same kind of technology as the wireless chargers you can buy to top up your smartphone.

Revamping thousands of miles of highway with high-tech charging equipment is obviously no trifling matter, though, and so far progress has been slow. But recent developments suggest that the idea might be gaining traction and edging closer to commercial reality.

Last month, Indiana’s Department of Transport (INDOT) announced a collaboration with Purdue University and German company Magment to test out whether cement with embedded magnetized particles could provide an affordable road-charging solution.

Most wireless vehicle charging technologies rely on a process known as inductive charging, where electricity pumped into a wire coil creates a magnetic field that can induce an electric current in any other nearby wire coil. The charging coils are installed at regular intervals under the road, and cars are fitted with a receiver coil that picks up the charge.

But installing thousands of miles of copper under the road is obviously fairly costly. Magment’s solution is to instead embed standard concrete with recycled ferrite particles, which are also able to generate a magnetic field but are considerably cheaper. The company claims its product can achieve transmission efficiency of up to 95 percent and can be built at “standard road-building installation costs.”

It will still be some time before the technology is actually installed in real roads. The Indiana project involves two phases of lab testing and a trial run on a quarter-mile test stretch before it gets installed in highways. But if the cost savings turn out to be genuine, the approach could be a game-changer.

There are several electric road test beds already underway, and so far Sweden seems to be leading. In 2018 an electric rail was installed down the middle of a 1.2-mile stretch of road outside Stockholm. It can transfer power to a vehicle via a moveable arm attached to its bottom. And an inductive charging system built by Israeli firm ElectReon has been used to successfully charge an all-electric truck on a one-mile stretch on the island of Gotland in the Baltic Sea.

These systems don’t come cheap. The first is estimated to cost about €1m per kilometer ($1.9 million per mile), while the second test project cost around $12.5 million in total. But given that it already costs several million dollars to build a mile of conventional road, it may not be such an unreasonable investment, at least on new roads.

Carmakers seem to be coming around to the idea, with German automotive giant Volkswagen leading a consortium that will integrate ElectReon’s charging technology into electric vehicles as part of a pilot project.

An alternative option is to leave the road itself alone, and instead string charging wires above the road that can charge trucks in much the same way urban trams are powered. The system, built by German engineering giant Siemens, has been installed on about three miles of road outside Frankfurt and is being tested by several trucking companies.

Installing the system is also not cheap at roughly $5 million per mile, but according to the New York Times, the German government thinks it may still be cheaper than having to switch to trucks powered by hydrogen fuel cells or large enough batteries to enable long-haul deliveries. The country’s transport ministry is currently comparing the three approaches before making a decision about which to support.

Even if the economics make sense, rolling out road charging infrastructure will be an enormous effort, and it could take decades before every highway can help top your car up. But if the technology keeps progressing, it could one day make empty tanks a thing of the past.