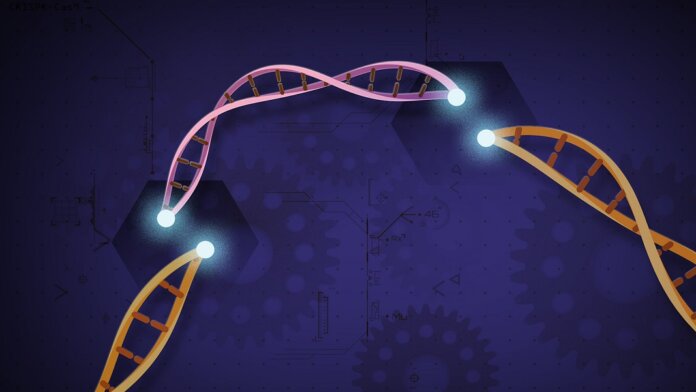 For all its supposed genetic editing finesse, CRISPR’s a brute. The Swiss Army knife of gene editing tools chops up DNA strands to insert genetic changes. What’s called “editing” is actually genetic vandalism—pick a malfunctioning gene, chop it up, and wait for the cell to patch and repair the rest.

It’s a hasty, clunky process, prone to errors and other unintended and unpredictable effects. Back in 2019, researchers led by Dr. David Liu at Harvard decided to rework CRISPR from a butcher to a surgeon, one that lives up to its search-and-replace potential. The result is prime editing, an alternative version of CRISPR with the ability to “make virtually any targeted change in the genome of any living cell or organism.” It’s the nip-tuck of DNA editing: with just a small snip on one DNA chain, we have a whole menu of potential genetic changes at our fingertips.

Prime editing was hailed as a fantastic “yay, science!” moment that could conceivably repair nearly 90 percent of over 75,000 diseases caused by genetic mutations. But even at its birth, Liu warned that CRISPR prime was only taking its first toddler steps into the big, wild world of changing a life form’s base code. “This first study is just the beginning—rather than the end—of a long-standing aspiration in the life sciences to be able to make any DNA change at any position in an organism,” he told Nature at the time.

Flash forward two years. Liu’s gene editing ingénue took some stumbles. Despite its precise and effective nature, prime editing could only edit genes in certain types of cells, while being less effective and introducing errors in others. It also failed when trying to make large genetic edits, particularly those that require hundreds of DNA letters to be replaced to fix a disease-causing genetic mistake.

Two teams, based at the University of Massachusetts Medical School and the University of Washington, reworked the tool’s molecular makeup to precisely cut out up to 10,000 DNA letters in one go—a challenge for prime editing 1.0. A third study from the tool’s original inventor probed its inner molecular workings, identifying protein friends and foes inside the cell that control the tool’s genetic editing abilities. By promoting friendly interactions, the team increased prime editing’s efficiency in seven different cell types nearly eight-fold. Even better, the “foes” that block prime’s editing potential were identified using CRISPR—in other words, we’re witnessing a full circle of innovation whereby gene editing tools help build better gene editing tools.

A Primer for CRISPR Prime

Prime editing burst onto the gene editing scene for its dexterity and precision. If the original CRISPR-Cas9 is a dancer with two left feet, prime editing is a highly-trained ballerina.

The two processes start similarly. Both rely on a molecular “zip code” to target the tool to a specific gene. In CRISPR, it’s called a guide RNA. For prime editing, it’s a slightly modified version dubbed pegRNA.

Once the guides tether their respective dance partners to the gene, their routines differ. For CRISPR, the second component, Cas9, acts as a pair of scissors to snip both DNA strands. From here, cells can either throw out parts of a gene, or—when given a template—insert a healthy version of a gene to replace the original one. The cost is molecular surgery. Just as an incision might not fully heal, a double-stranded break to the DNA can introduce errors into the genetic code, leading to unexpected effects that vary between cells.

Prime editing was the sophisticated upgrade set to fix that. Rather than cutting both DNA strands, it lightly nips one chain. From there, it can delete or insert genetic code based on a template without relying on the cell’s DNA repair mechanism. In other words, prime editing opened a new universe of genetic edits that’s far more controllable than previous iterations. The original CRISPR typed with its eyes closed, allowing small insertions, deletions, or mis-typed DNA letters into our genetic text. With prime, we had found a true “search-and-replace” editing tool—or so we hoped.

After releasing prime editing into the wild, scientists soon realized that the wunderkind had its quirks. Although CRISPR prime made it possible to precisely operate on DNA and change its text—replacing letters, words, or even sentences—the tool struggled when editing larger genes. In one estimate, larger genes comprise roughly 14 percent of mutation types that are tough to treat with conventional CRISPR.

The two new studies tackled this conundrum. Published in Nature Biotechnology, one team developed a method to precisely remove a large chunk of DNA by adding an additional guide and restoring “scissor” activity to the Cas9 component. Here, the tool targeted two genetic spots at once to snip out offending DNA. Similar to prime editing, the system, dubbed PEDAR, was able build little DNA stretches through a special protein encoded in it—like adding Lego blocks to snipped ends. Once the letter “blocks” were long enough, they snapped into each other, bridging the gap after snipping a gene.

“The advantage is that we can really expand the scale of editing—let the ends of the genome find each other across a kilobase or 10 kilobases,” said Dr. Wen Xue, who led one of the studies.

Putting his money where his mouth was, Xue, with his team, next tried PEDAR on a mouse model with inherited liver failure. In just a few weeks, the mice began making a previously deficient protein to help their liver cells grow into large chunks of healthy tissue. Treated with PEDAR, the mice had minimal liver damage and kept a healthy weight compared to siblings without genetic edits.

“That makes us very, very excited about this new technology,” said Xue. “Before we were doing small fixes to treat small mutations. Here we removed more than 1,300 base pairs, so that’s a very large genome surgery.”

In another study, Dr. Junhong Choi reworked prime editing into PRIME-Del. This version uses two RNA guides that grab onto the start and end of a DNA chunk that needs to be cut out. Imagine a piece of rope that’s too long and sagging in the middle. You snip out those parts and paste the rest back together by adding glue to the end “flaps.” This team’s prime editing upgrade was able to knock out up to 10,000 DNA letters in human kidney cells.

Finally, the original inventor of prime editing also pitched in. One problem, he said, is that the tool doesn’t work effectively across multiple cell types and edits. It’s like a Word-editing keyword that sometimes sticks. In this study, his team tapped CRISPR as a way to figure out what’s been limiting the original prime. With a method dubbed “CRISPR interference,” they simultaneously disrupted hundreds of genes in cells to see how changing the cell’s inner workings altered the gene editing tool’s capability.

With the test, the team teased out several proteins that block prime editing, but also found a few that boost the tool’s effectiveness and precision. Incorporating those updates into a next generation, the team engineered PEmax (for “precision editing max”). In nearly 200 diverse gene editing tasks, the upgraded prime editing tool enhanced efficiency nearly 10-fold compared to the original.

Liu’s excited to see the tool evolving. To STAT News, he said the upgrades are “elegant variations of prime editing” that could correct the vast majority of known disease-causing genetic insertions.

But perhaps the most mind-blowing part of this all? Similar to AI, our current CRISPR tools are impacting the development of newer and more powerful genetic editors in a virtuous circle. Let’s see where it leads.