Everything You Need to Know About Superstar CRISPR Prime Editing 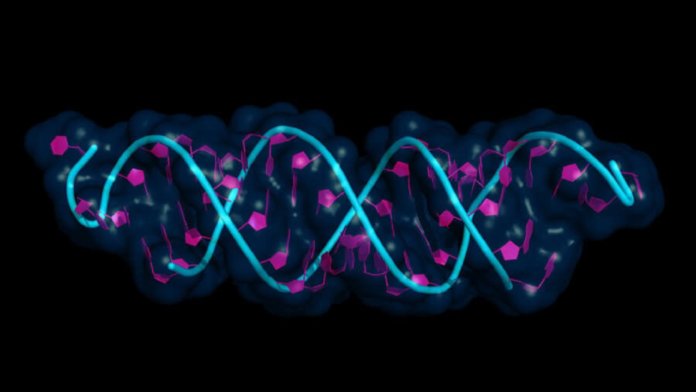 All right, let’s do this one last time. My name is CRISPR. I was made from a bacterial defense system, and for years I’ve been the one and only gene editing wunderkind. I’m pretty sure you know the rest. I’m relatively cheap to make, easy to wield, and snip out genes pretty on target. I’m going into clinical trials. I’m reviving the entire field of gene therapy. There’s only one CRISPR. And you’re looking at it.

Well, just as Spider-Man was way off, so is the idea of a single CRISPR to rule them all. This month, Dr. David Liu at the Broad Institute of MIT and Harvard in Cambridge, MA, introduced an upgrade that in theory may correct nearly 90 percent of all disease-causing genetic variations. Rather than simply deactivating a gene, CRISPR-based “prime editing” is a true search-and-replace editor for the human genome. With a single version, it can change individual DNA letters, delete letters, or insert blocks of new letters into the genome, with minimal damage to the DNA strand.

For now, prime editing has only been tested in cultured cells. But its efficacy is off the charts. Early experiments found it could correct single-letter misspellings in sickle cell disease, snip out four superfluous letters that underlie Tay-Sachs, and insert three missing letters to correct a genomic typo that leads to cystic fibrosis. In all, the tool worked remarkably well in over 175 edits in both human and mouse cells.

“The excitement has been palpable,” said Dr. Fyodor Urnov at the University of California, Berkeley, who was not involved in the research. “I can’t overstate the significance of this.”

Given all of the existing CRISPR upgrades, why are scientists head over heels about prime editing?

CRISPR 1.0 generally refers to the classic version, which snips open the double helix to get rid of a certain gene. But as a tool, today’s CRISPR is less like genetic scissors and more similar to a Swiss Army knife, one that scientists keep on improving. There are variants that, rather than destroying a gene, insert one or change one genetic letter to another, or ones that can target thousands of genetic spots at the same time. There are also spin-offs that hunt down RNA—the messenger that carries DNA’s genetic code to the greater cellular universe, rather than the genetic code itself. It’s truly a CRISPR multiverse out there.

Yet for all of CRISPR’s upgrades, the tool has serious issues. For one, it’s very rough on the genome. Cas9, the protein scissor component of CRISPR, doesn’t surgically cut out a gene. Rather, “editing” is in fact the cell detecting damage to the double helix, and trying its best to patch the broken strands back up. Just as scars form on our skin, this process can often introduce errors in the repairing process—adding or missing a letter or two. Scientists often take advantage of this botched repair to destroy a gene that causes disease, or sneak in some additional code.

The problem? This process is basically “genome vandalism,” said Dr. George Church, a CRISPR pioneer at Harvard who wasn’t involved in the new work. It’s great when the repair goes according to plan; when it doesn’t, the repair can introduce unwanted—or downright dangerous—mutations.

Liu’s idea for prime editing grew from his work on base editors. Here, the CRISPR machinery doesn’t chop up the double helix. Rather, it uses the “blood hound” guide RNA to shuttle a new protein component to the target DNA sequence. This component then performs a single letter swap: C to T, or G to A.

Although considered much safer than traditional cut-and-glue CRISPR, base editors are limited in the number of genetic diseases they can treat. It’s like editing on a broken keyboard—some misspellings just can’t be fixed.

Prime editing circumvents these problems by heavily upgrading both components. The altered Cas9, for example, only snips a single strand of the double helix, rather than chomping through both. The new guide, pegRNA, both tethers the entire machinery to the target site, and encodes the desired edit.

Then comes the third component that magically ties everything together: a protein dubbed reverse transcriptase, which can make DNA sequences based on the blueprint in pegRNA, to insert into the nicked target site.

Still confused? Picture the DNA double helix as a ladder—two strands with connecting rungs in the middle. Prime editing cuts one strand using its neutered Cas9. This creates an opening for the other two components to insert a new gene into the severed spot; meanwhile, the original DNA sequence is snipped off. Now, rather than the original X, X (for example), the cell has X, Y.

The prime editor then performs a second snip at the opposing, non-edited strand. This alerts the cell of DNA damage, which it then tries to fix—using the new gene as a template. The end result is the cell goes from disease-causing X, X to normal, healthy Y, Y.

Why Is Prime Editing So Exciting?

One, because it doesn’t cut both DNA strands, it doesn’t immediately activate the cell’s repair system that is prone to errors. This means that scientists have far better control over the type of edit they want, and it’s no longer left to chance.

Two, prime is remarkably multi-purpose. Previously, the consensus among genome scientists was that a separate CRISPR tool was required for each specific type of edit: delete a gene, insert new DNA code, or DNA letter substitutions. In contrast, prime can achieve all three functions without additional modification. For experiments, it means less setup. For development into gene therapy, it means less overhead investment.

Three, prime editing can swap any of the DNA letters into any other, meaning it can now target an enormous amount of inherited diseases. For example, sickle cell disease, which causes oxygen-carrying blood cells to deform into sharp sickle-like shapes, requires changing a T into an A at a precise spot. Base editors can’t do that. Prime editing can. That’s about 7,000 genetic disorders now amenable to gene therapy.

Four, prime editing also works in cells that no longer divide to renew themselves, such as neurons and muscle cells. Because these cells can’t pass on their therapeutic DNA edit to daughter cells, to fix genetic deficits scientists have to be able to efficiently correct mutations in a large population. With prime editing, that’s now possible.

Finally, prime editing can remove an exact number of letters from a given spot on the genome, at least up to 80. This allows scientists to precisely dictate the DNA sequences they want out, rather than relying on chance.

Early experiments with prime editing in cells show the tool is incredibly accurate. Off-target nicks were below 10 percent, and less than one-tenth of edited cells had unwanted changes to their genome, compared to up to 90 percent for first-gen CRISPR systems.

Nevertheless, the tool will have to go through rigorous testing before it’s widely accepted. Working in a few types of human cells is one thing; having it perform equally well inside a living body is something else completely. Most of prime’s tricks so far can be replicated using CRISPR 1.0, though at lower efficacy and with higher chances of off-target failures. Unlike prime editing, however, the original version has years of experience and plenty of clinical trials underway—congenital blindness, sickle cell disease—to back it up.

What’s more, prime is massive in terms of molecular tools. Getting it into cells will be a struggle. Getting it to the brain, which is protected by a dense wall of cells, will be even harder. To get the editor to their target, scientists will likely rely on gene therapy, itself a budding industry.

“If CRISPR is like scissors, base editors are like a pencil. Then you can think of prime editors like a word processor, capable of precise search and replace,” said Liu. “All will have roles…This is the beginning rather than the end.”