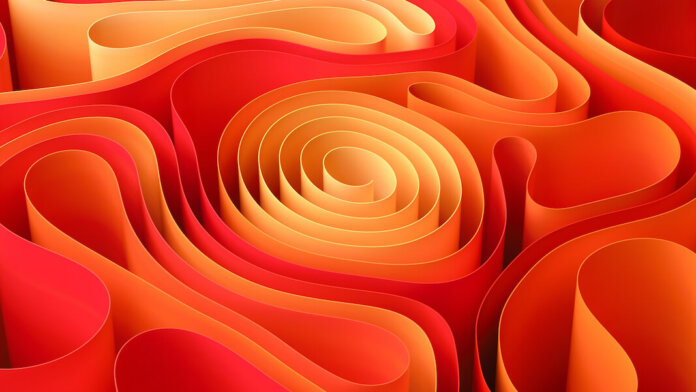 Hologram-in-a-Box Can Teleport You Anywhere
John Boyd | IEEE Spectrum
“ARHT Media, based in Toronto, Canada, and PORTL Inc., a start-up in Los Angeles, have begun shipping portable plug-and-play, cabinet-based holoportal systems the size of a telephone booth. In both cases, a person in a studio—the presenter—can appear in full-size, lifelike 3D form and interact with people anywhere in the world where one or more booths are hooked up to the companies’ networks via the internet.”

Helion Secures $2.2B to Commercialize Fusion Energy
Haje Jan Kamps | TechCrunch
“Helion, as a company, has been focusing less on fusion as a science experiment and more on a more important question: Can their technology generate electricity at a commercial and industrial scale? ‘Some projects in the fusion space talk about heat, or energy, or other things. Helion is focused on electricity generation. Can we get it out fast, at a low cost? Can we get it to industrial-scale power?’ asks David Kirtley, Helion’s co-founder and CEO.”

Hackers Are Stealing Data Today So Quantum Computers Can Crack It in a Decade
Patrick Howell O’Neill | MIT Technology Review
“Faced with this ‘harvest now and decrypt later’ strategy, officials are trying to develop and deploy new encryption algorithms to protect secrets against an emerging class of powerful machines. That includes the Department of Homeland Security, which says it is leading a long and difficult transition to what is known as post-quantum cryptography.”

Tagalong Robots Follow You to Learn Where You Go
Khari Johnson | Ars Technica
“Follower robots have been tapped for senseless pursuits like carrying a single bottle of water, but robots can also carry tools in a warehouse or just-picked fruit from an orchard to a packing station. Artificially intelligent machines trained to follow people or other machines can transform how we think about everyday objects, like carry-on luggage or a set of golf clubs. Now the makers of follower robots want to coordinate movement around the modern workplace.”

Planetary Scientists Recreate Arrakis From Dune, and It Really Is a Hellhole
George Dvorsky | Gizmodo
“By modifying a well-known climate model and applying it to the fictional world of Arrakis, a group of scientists has shown that Frank Herbert’s depiction of a desert planet in the book series Dune was surprisingly apt, though with some surprising differences.”

Why Can’t People Teleport?
Jorge Cham and Daniel Whiteson | Wired
“Whoever said ‘it’s the journey, not the destination’ clearly never had to sit in traffic every day and never got stuck in a middle seat on a transatlantic flight. …What if you could just appear where you want to go, without going through all the places in between? …Set your phasers on stun, because we are going to beam you up on the physics of teleportation.”

US Astronomers Want a Giant Telescope to Hunt Earth-Like Planets
Tatyana Woodall | MIT Technology Review
“Significantly larger than the Hubble Space Telescope, it will be able to observe planets that are fainter than their star by a factor of at least 10 billion. This will profoundly change the way astronomers view the known universe. Today, the estimated cost for the project is around $11 billion, and if it’s approved by NASA, a potential launch isn’t slated until the early 2040s.”

Facebook to Stop Using Facial Recognition, Delete Data on Over 1 Billion People
Tim de Chant | Ars Technica
“…over the years, facial recognition became a headache for the company itself—it drew regulatory scrutiny along with lawsuits and fines that have cost the company hundreds of millions of dollars. Today, Facebook (which recently renamed itself Meta) announced that it would be shutting down its facial recognition system and deleting the facial recognition templates of more than 1 billion people.”

Cars Are Going Electric. What Happens to the Used Batteries?
Gregory Barber and Aarian Marshall | Wired
“Used electric vehicle batteries could be the Achilles’ heel of the transportation revolution—or the gold mine that makes it real. …By the end of the decade, the International Energy Agency estimates there will be between 148 million and 230 million battery-powered vehicles on the road worldwide, accounting for up to 12 percent of the global automotive fleet. The last thing anyone wants is for those batteries to become waste.”

The United Nations Could Finally Create New Rules for Space
Ramin Skibba | Wired
“The proposal to create a process for preventing military confrontations and misunderstandings in orbit would be the first major step in more than 40 years. …’If we don’t get this right, we risk getting into conflict, because people don’t have rules of the road at the moment. So that’s what we want to create, but it takes time,’ says David Edmondson, the UK’s policy head of space security and advanced threats.”